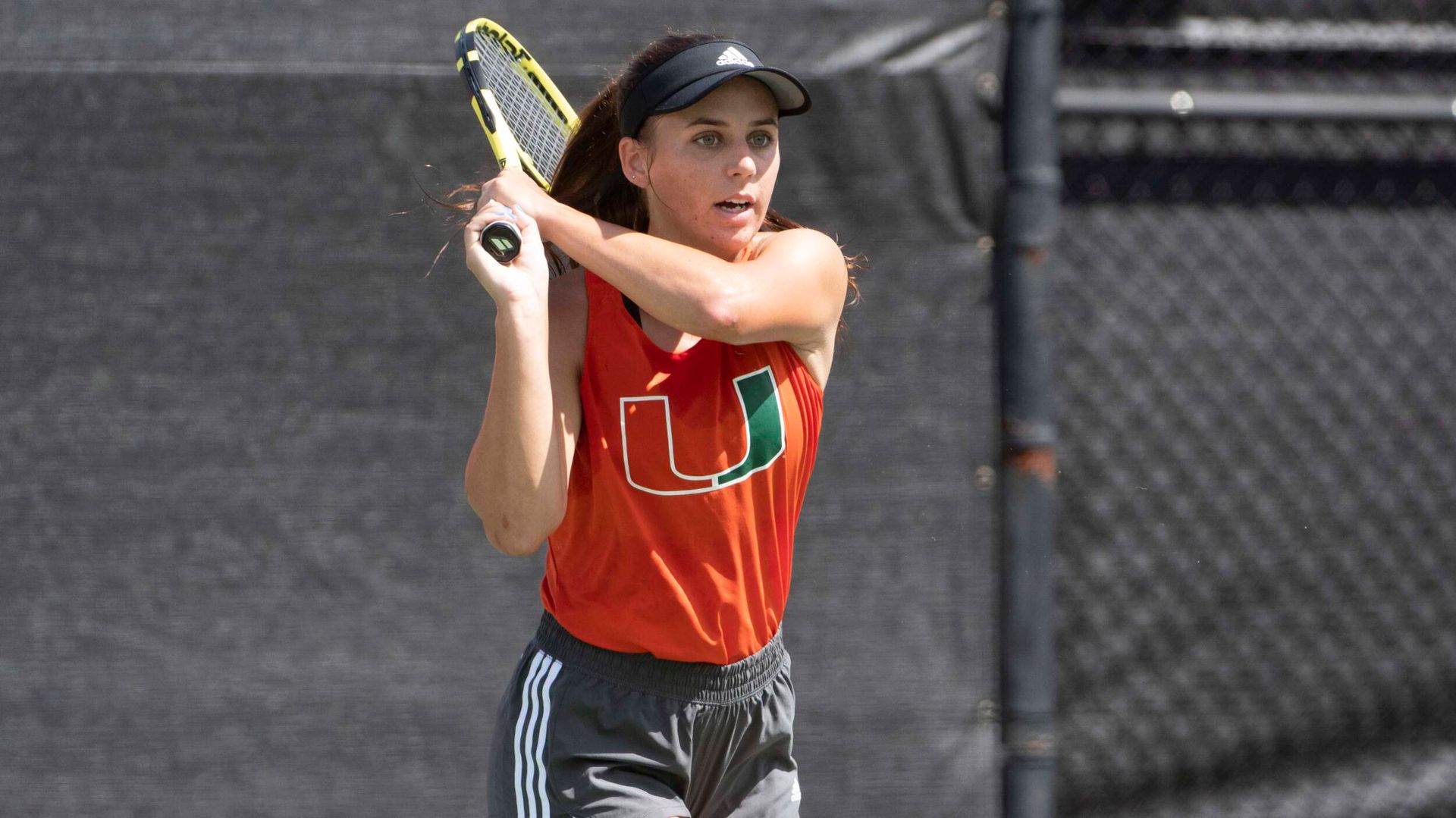 CORAL GABLES, Fla. – The University of Miami women’s tennis team checks in at No. 24 in the ITA Preseason Top 25 Coaches Poll, as announced Wednesday morning.

This is the 19th time in the last 20 years the Hurricanes open the season as a top-25 team in the ITA rankings.

Miami is one of seven ACC schools in the top 25, alongside third-ranked North Carolina, sixth-ranked Duke, seventh-ranked Virginia, eighth-ranked NC State, T-No. 12 Georgia Tech and No. 15 Florida State. The Hurricanes will also play dual matches against at least two other ranked programs, T-No. 12 UCF and No. 18 USC.

The Hurricanes begin their 2022 campaign with the Miami Spring Invite, slated for Jan. 15-17 at the Neil Schiff Tennis Center. Top-ranked Texas, eighth-ranked NC State and Vanderbilt will also be in attendance.