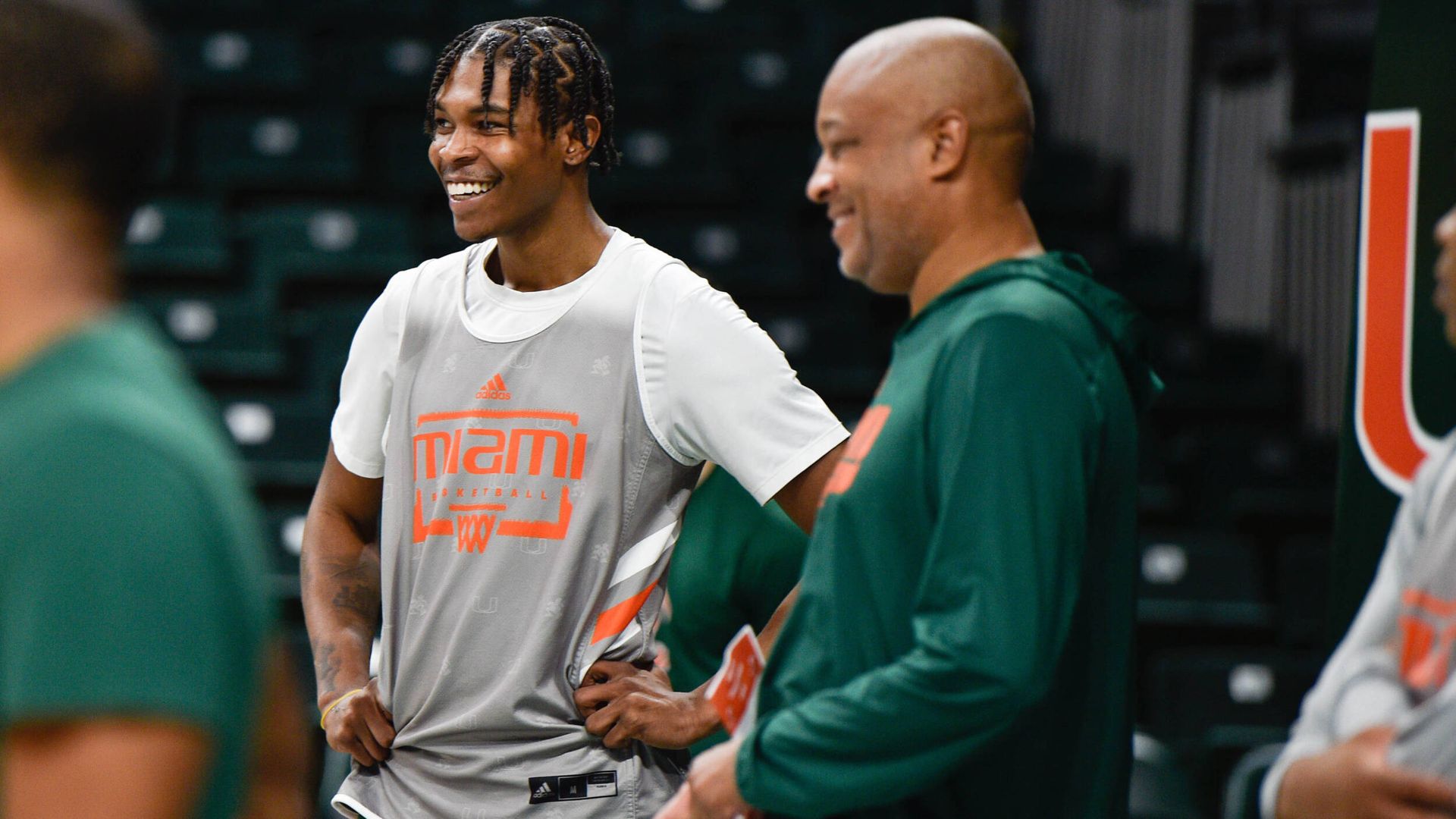 CORAL GABLES, Fla. – For the first time since the opening 10 games of the 2017-18 campaign, the University of Miami men’s basketball team has won at least six contests in a row.

That mentality was instilled many months ago and it has keyed the team through its strong start thus far, but maybe more importantly, also through its few tough outings. The bond between the 14 players on the roster, five of whom are in at least their fifth year of college, has been vital in making that happen.

“I think that we have a terrific group of young men. I don’t think we have a selfish guy amongst the group and I think that they have great character,” Miami assistant coach Bill Courtney said. “It’s easy when you’re winning to have great character and we’ve done that. We’ve been great teammates and we’ve had a positive vibe around practice all the time … and in the locker room. I think these guys really enjoy playing with each other, enjoy being with each other off the floor.

“Even in the times of struggle—we lost a game to Alabama or Central Florida or Dayton—we didn’t fall apart,” Courtney added. “A lot of times in college basketball, you may have that situation [and it can be difficult], but we’ve stayed together and even come together more in the tough times. When you see that happen, you know that’s going to lend itself to future success.” 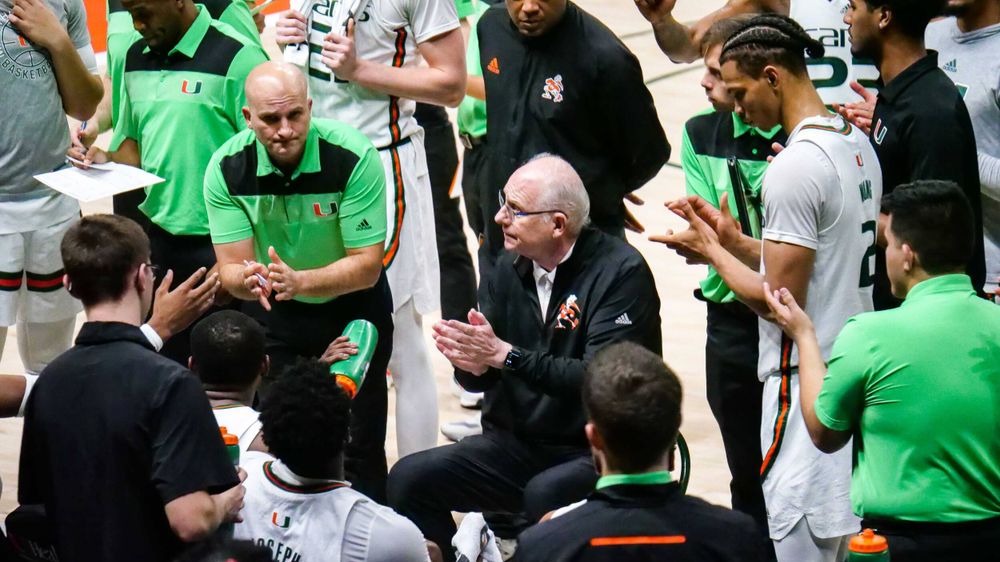 In addition to its off-court togetherness, conference-leading Miami (10-3, 2-0 ACC) has also relied on a dynamic offense.

The Hurricanes currently rank No. 36 nationally in KenPom offensive efficiency. They also rarely give the ball away, placing No. 12 in turnover percentage, also according to KenPom.

Miami is averaging 77.3 points per game during its winning streak, including posting 80.2 points per contest over the last five outings. In their last two games, the Hurricanes are averaging 86.5 points, even further upping that superb number.

Courtney, in his third year on staff at The U, is in his first season as the Hurricanes’ offensive coordinator and has played a big role in the team’s excellent play on that end of the floor.

“Even going back to when we first got to back together in the summer, the challenge was laid out to guys who have been terrific scorers in their careers, but haven’t necessarily had great team success,” Courtney shared. “In order to have great team success, we made it clear to those guys—you’re going to have to share the basketball. And there was tons of film work and tons of playing together. To our guys’ credit, they’ve done an unbelievable job of sharing the basketball. They’re playing for each other, they’re finding the open man, they’re moving it and they’re playing very unselfishly. That’s a big reason why our offense is working right now.”

Most recently, Miami showcased its offensive arsenal Wednesday night in a 91-82 victory over NC State at the Watsco Center. It marked the first time since a 91-88 victory at ninth-ranked North Carolina on Feb. 27, 2018—in the same season the Hurricanes had those three NBA players—Miami scored 90-plus points in a regulation ACC contest.

Making that even more impressive is the fact that the team was without two players due to COVID protocols: freshman guard Wooga Poplar and sixth-year redshirt senior forward Sam Waardenburg, the latter of whom started the first 12 games of the year.

Down a talented scorer off the bench and the lone starting big man, other Hurricanes rose to the occasion to get the win. 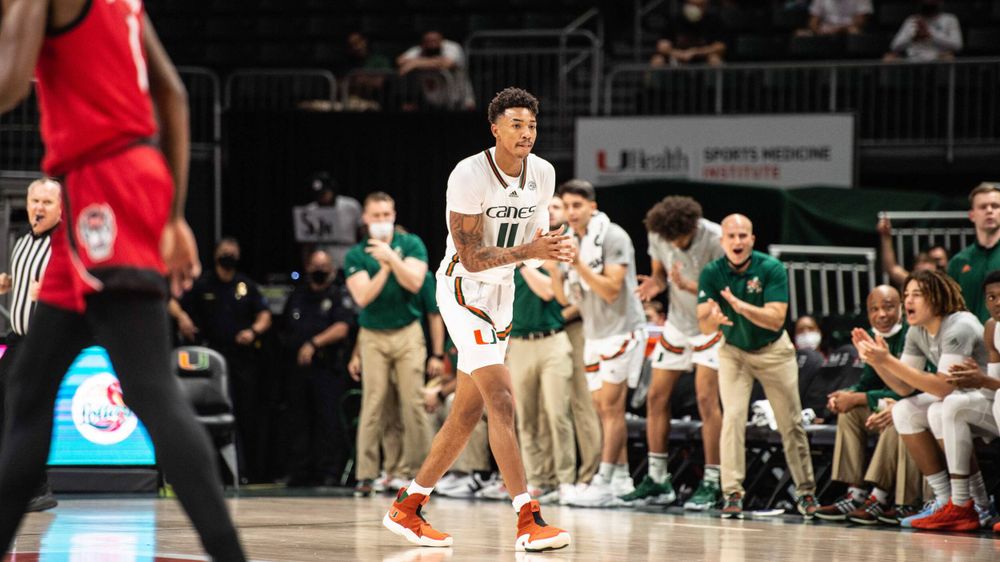 Other players who did not fill the box score all made their mark felt on the game and helped the Hurricanes earn their second ACC win in as many tries.

“I think all those guys stepped up in a big way in Sam’s absence. Obviously, he does so many things for our team, things that are not seen in the box score, like setting flare screens or moving the basketball or helping on defense, those kind of things,” Courtney said. “I think Jordan, obviously, was terrific. He made up for Sam’s production, as well as his own, with some of the things that he did, like shooting the basketball and driving the basketball, [as well as] all the things he did defensively.

“Even a guy like Deng Gak, who people won’t see—the stats might not show it, but his ability to guard and help on ball-screens, particularly in the first half, [was vital],” Courtney continued. “His activity, helping us guard their perimeter players was huge. A huge part of us winning the game last night was him stepping up. And then even though he’s not a big, you add Bensley Joseph to that with what he did. So, collectively, you had guys do a lot more than they normally do.”

To defeat NC State, Miami had to rally back from an eight-point deficit with 11 minutes to play. Wong spearheaded the charge, registering 14 of his points from then on.

However, it was more than just the scoring punch of the reigning Third Team All-ACC performer. This team has repeatedly shown it does not get rattled by late deficits.

Miami is 4-3 this season when trailing at halftime and has won three consecutive games when facing a deficit at the break. In its other ACC contest, an 80-75 victory over Clemson on Dec. 4, the Hurricanes trailed by nine with fewer than five minutes to play.

“One of the things we always say before the game is to have poise down the stretch. No matter what deficit we face, we’ve got to stick to doing what we do and being who we are,” Courtney remarked. “We haven’t gone away from that as games have gotten a little bit more tense. We’ve been able to execute offensively and we’ve gotten timely stops. We’ve not been a terrific defensive team maybe throughout a game, but when it has mattered most, we’ve seemed to really lock in and really focus and play good defense to get the necessary stops. That has helped us a lot in some of these close games.” 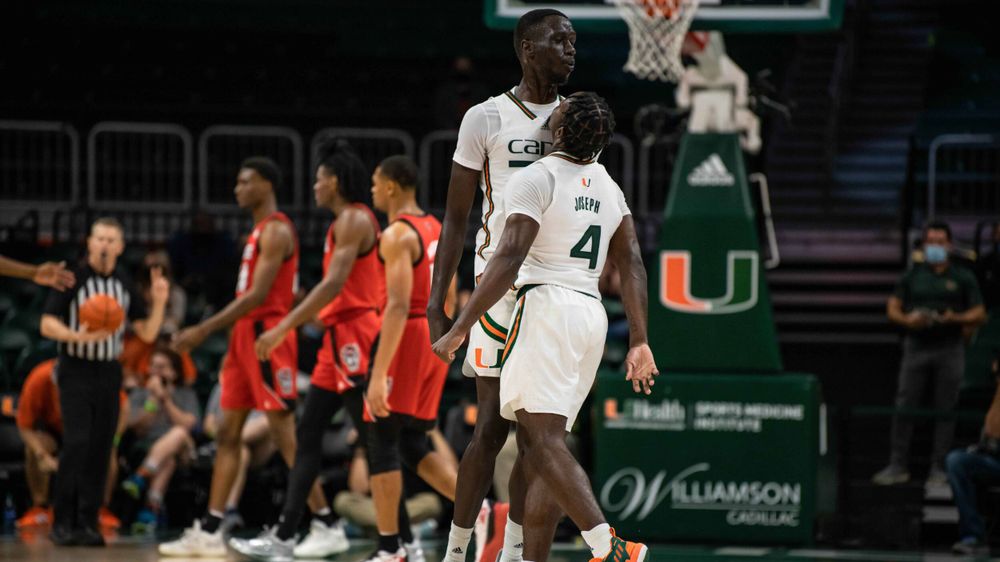 Up next for the Hurricanes is a matchup with a Wake Forest team that co-leads the conference in overall victories, owning an 11-2 (1-1 ACC) record. Action is slated for Saturday, the first day of 2022, at 6 p.m.

Graduate student guard Alondes Williams, arguably the best player in the ACC thus far, leads the way for the Demon Deacons. He is averaging 20.5 points, second-best in the league, and a conference-high 5.1 assists per game in his first season at Wake Forest.

The 6-foot-5, 210-pounder from Milwaukee, who transferred in from Oklahoma, has scored 32-plus points thrice this season, including twice in the last three games. Courtney said he is “playing as well as any player in the country right now.”

Williams, though, is far from the only Demon Deacon the Hurricanes will need to hone in on when they start the new year.

“Jake LaRavia, who just got back from [sitting out due to COVID] protocols, is a terrific all-around player—inside, outside, skilled, tough, athletic. Their other transfer, Dallas Walton, is a load inside,” Courtney said. “He’s a big, strong kid who is very physical, does a good job defensively and scores in the low post. So, you add those three to Daivien Williamson and Isaiah Mucius, who are returners playing at their best levels since they’ve been in college, you see the reason why they’re a good team right now. 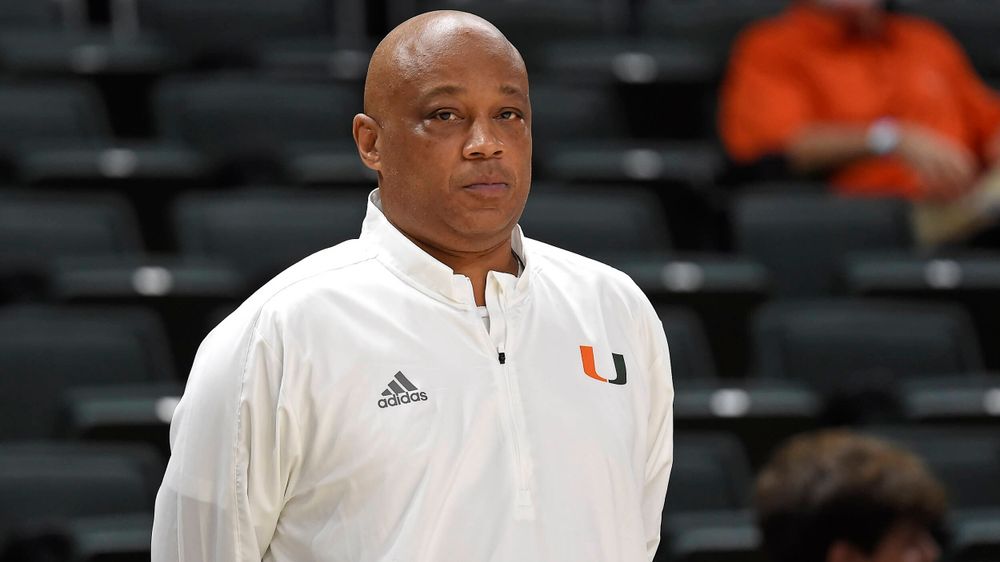 Miami is 12-13 all-time against Wake Forest, including 9-2 at home and 7-5 under head coach Jim Larrañaga.

This year’s contest will be shown live on ESPNU HERE, with Derek Jones and Cory Alexander on the call. Joe Zagacki and Danny Rabinowitz will have the radio broadcast on AM 560 Sports WQAM HERE. Action can also be heard on 90.5 FM WVUM HERE and in Spanish on WMYM 990 AM HERE. In addition, live stats for the game can be found HERE.

After playing the Demon Deacons, Miami wraps up a three-game conference homestand Wednesday at 8 p.m. against Syracuse, live on ACC Network.