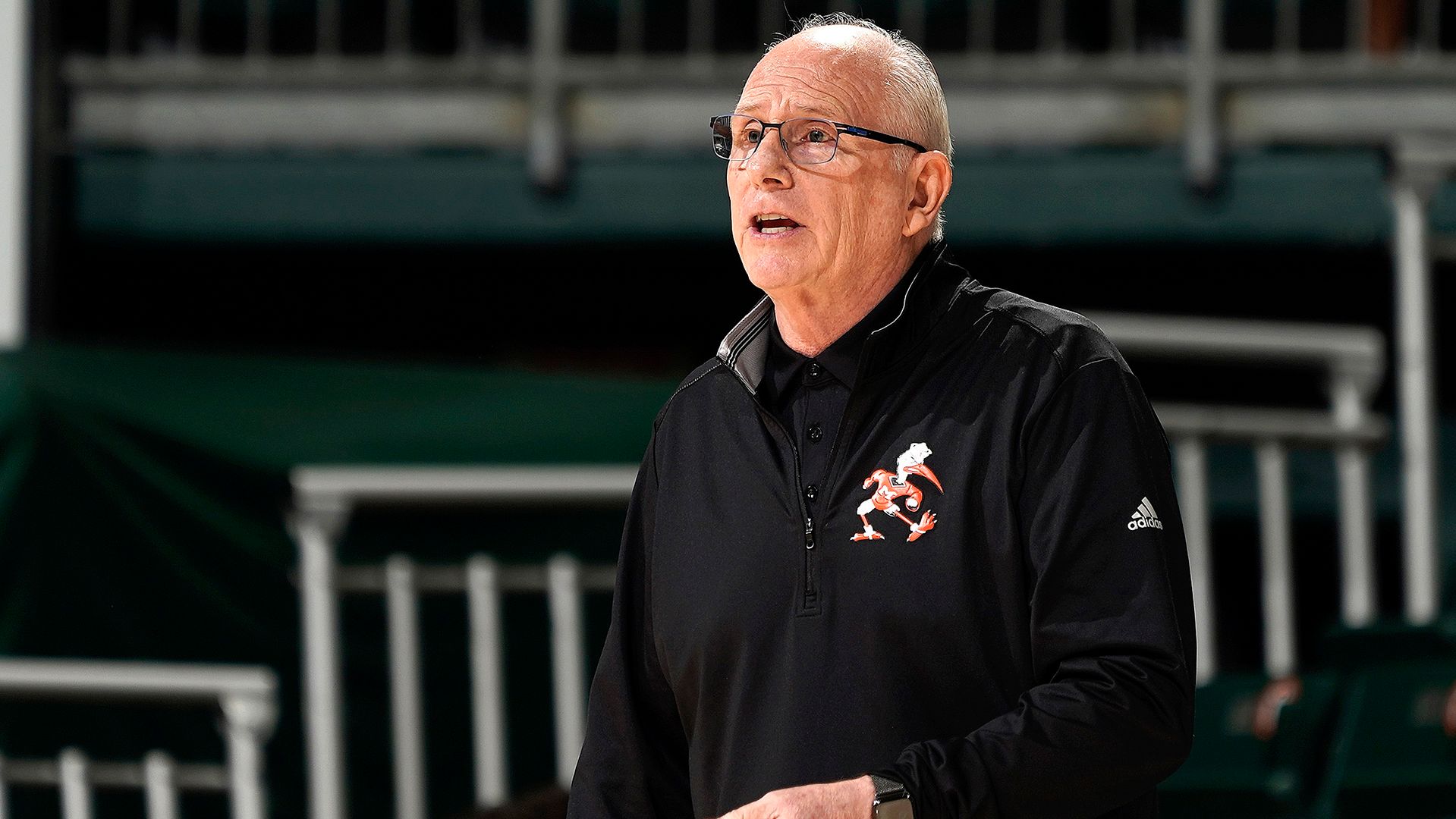 Start of a Season

CORAL GABLES, Fla. – The beginning of a new season is always exciting. This year, that is even more apt than usual.

During the 2020-21 season, fans across the country were largely prohibited from attending college basketball games. No tickets were sold at the Watsco Center.

Tuesday, for the first time since March 2020, a Hurricane fan can enter the arena with a ticket to watch the University of Miami men’s basketball team in action. That night, at 7:30 p.m., the Hurricanes open the 2021-22 slate against Canisius.

“There is a lot of excitement entering this year because fans will now be allowed back in the building. Last year, we played in front of empty arenas all season long,” Miami head coach Jim Larrañaga said. “It’s been a long time since we were able to experience that electricity that you get when you’re playing at home and your fans get into it and are cheering wildly for the home team. We want to have great crowds in the Watsco Center. We believe this will be an exciting team to follow.”

The Hurricanes got a small taste for what the return to fan attendance will be like just a few week ago when they hosted Nova Southeastern in an exhibition game. Supporters took spots in the stands, while cheerleaders returned courtside and the pep band, much to Larrañaga’s delight because of the excitement it brings, took its rightful spot behind the basket again.

All of those in the building saw quite the show from Miami’s talented backcourt trio in the 106-95 victory.

“I think Charlie Moore, Isaiah Wong and Kam McGusty all have very good ball-handling and shooting skills, and are good at playing with each other,” Larrañaga shared. “They like the chemistry that they have with each other. And so, they can bring out the best in one another.”

The Hurricanes, however, got just 15 points from their bench in the win against the Sharks, eight of which came from third-year sophomore guard Harlond Beverly.

Larrañaga knows that production from those outside the starting five—the backcourt trio, fourth-year junior guard Jordan Miller and sixth-year redshirt senior forward Sam Waardenburg—will be particularly important this season. Tuesday will be the first time those players have the opportunity to make an impact in an actual game.

“We have a group that will start the game that [includes five] experienced veterans who can play very well together,” Larrañaga said. “But then, a lot of our players off of the bench are inexperienced and there is great concern about us needing some quality depth to really play at the highest level. The guys off the bench that are a little bit older—like Harlond Beverly, Anthony Walker, Deng Gak and Rodney Miller—those are the guys we’re really counting on to give us some quality depth.”

One of those players in particular, Walker, a third-year sophomore forward, is coming off a tremendous end to the 2020-21 season.

The Baltimore native averaged 12.1 points, 6.0 rebounds, 1.4 assists and 1.1 steals per game over his final 14 outings last year. All of those were marked improvements from his first 12 appearances of the season. 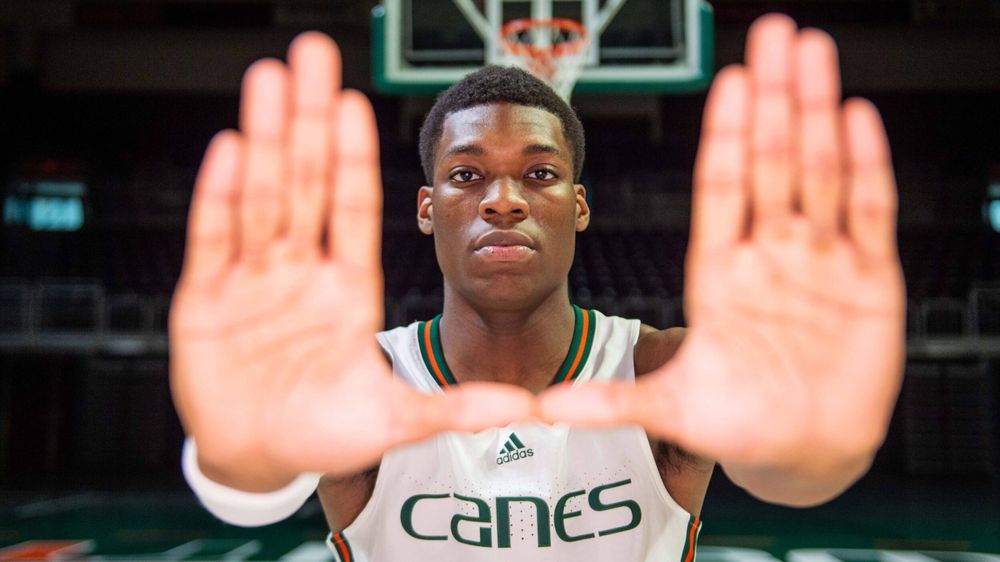 “Anthony Walker really has the most potential [of our reserves] and is coming off of a really solid season last year,” the two-time ACC Coach of the Year said. “So, hopefully he’d be the one to step up and give us a nice lift.”

Regardless of the players on his roster—starters or backups, old or young—Larrañaga always has a consistent message for his team as it enters a new season.

What he tells them is not as much about X’s and O’s as it is about how he expects them to act. If they do that, the results should follow.

“We want our guys to always have a very, very positive attitude, make a total commitment to being the best that they can be and always behave in a first-class manner. We feel our players should be role models on the court, in the classroom and in the community,” Larranaga shared. “The message to them is that they represent more than just themselves. They represent their families, our basketball program, our athletic department, our university. They really owe it to themselves to give their best every single day in practice and in games so that our fans can fully appreciate their dedication.”

The Hurricanes will get to put their practice efforts to the test against a Division I opponent for the first time when they take on the Golden Griffins Tuesday night.

Canisius played only 13 games during the abbreviated 2020-21 season and posted a 7-6 (7-5 MAAC) record on the year. That ledger includes a five-game winning streak in league that, due to a lengthy layoff without games, went from Jan. 1 to Feb. 19.

Senior forward Malek Green is the leading returnee for the Golden Griffins, as he paced the team in scoring at 13.2 points per game last year. The Cincinnati native, who earned Preseason Third Team All-MAAC distinction this year, is part of a versatile offensive attack for the visitors from Buffalo, N.Y., who were picked No. 11 in their league this season.

“Canisius is likely to start three seniors and a junior—all guys who played last year—and maybe one freshman. So, they’re a veteran team and their guys off the bench are also veterans,” Larrañaga said. “…Probably seven or eight of their guys are veteran players who have played a lot of college basketball and are very, very comfortable with each other. They love to execute their half-court offense and shoot a bunch of threes, but also post up. They’ve got a very good balance of perimeter shooting and inside players.”

This will not only be the first time Miami and Canisius face off on the hardwood, but the first time the two schools meet in any team sport currently sponsored by either institution.

Larrañaga, though, has coached against the Golden Griffins twice before, splitting a pair of non-conference matchups during the 1986-87 season, his first year at Bowling Green. While those games certainly do not factor in for Tuesday night, the 2013 AP National Coach of the Year does know what his team must do to come away with a victory.

“We’re going to need our starters to play very well and then hopefully get a very nice contribution from the guys off the bench. We’re going to have to defend,” Larrañaga said. “We are not a big team and so we’re going to have to keep Canisius off of the backboards and do a good job of contesting their threes. And then, hopefully, get into the open court. The faster paced the game is, the better I think that will be for us.”

Tuesday’s contest will be broadcast live on ACC Network Extra HERE, with Kyle Sielaff and Murray Jarman on the call.  Joe Zagacki and Danny Rabinowitz will have the radio broadcast on AM 560 Sports WQAM HERE. The game can also be heard on WVUM 90.5 FM HERE, while live stats will be HERE.

Following its meeting with Canisius, the Hurricanes return to the hardwood Saturday at 2 p.m. for an in-state showdown with UCF, live on ACC Network Extra from the Watsco Center.