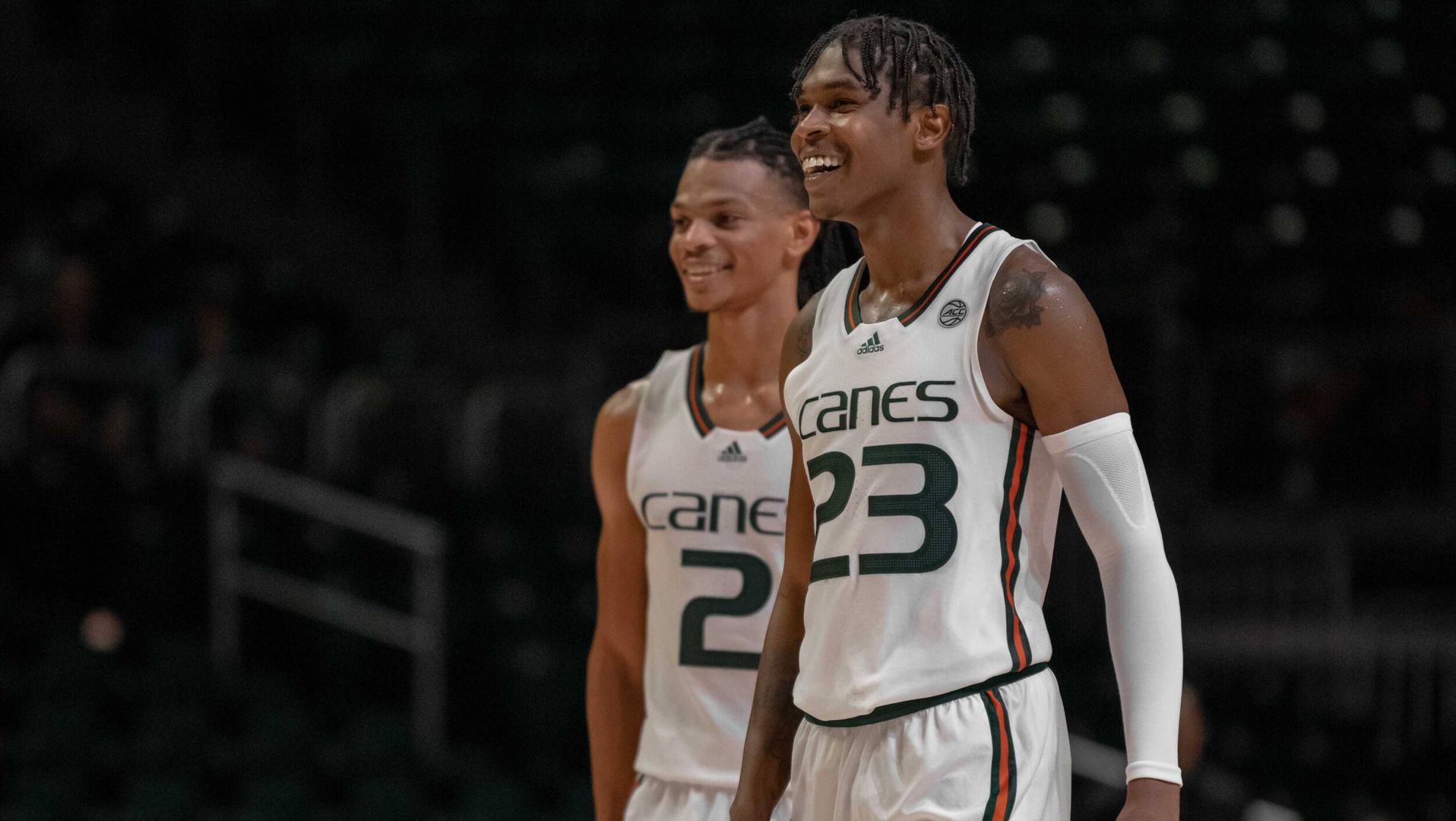 CORAL GABLES, Fla. – It might be cliché, but it’s true.

And Jim Larrañaga, entering his 11th year at the helm of the Hurricanes and his 38th overall as a collegiate head coach, knows just that.

Led by Charlie Moore, Kameron McGusty and Isaiah Wong, the University of Miami men’s basketball team possesses an elite backcourt trio capable of leading the team to victory on any given night.

In their first game action as a unit, the group combined for 87 points, 21 rebounds and 13 assists in an exhibition victory against Nova Southeastern. Their offensive prowess is indisputable and they have the career credentials to back up that claim.

The lone newcomer of the three is sixth-year redshirt senior Charlie Moore, a transfer from DePaul. Over his two years there, Moore averaged 15.1 points and 5.5 assists per game, notching four double-doubles.

A Chicago native, Moore paced the BIG EAST in assists (6.1) in 2019-20 and was a Preseason First Team All-BIG EAST honoree last year. He enters his final collegiate season, at Miami, as one of only 15 returning Division I players already with 1,200 points and 425 assists to his name. 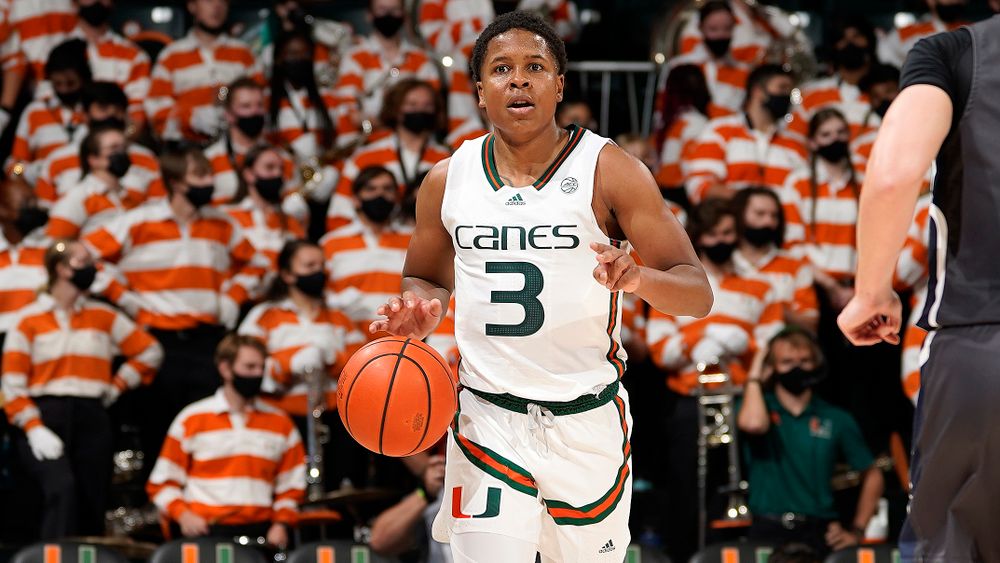 The 5-foot-11, 180-pounder’s abilities as a natural lead guard—one who can not only score, but also distribute—will enhance a Miami offense that struggled at times in 2020-21.

“Point guards in basketball are like quarterbacks in football. They have the ball in their hands probably more than any other player and they become the primary decision-maker,” Larrañaga said. “If they’re so focused on scoring, then it makes it difficult on your other players to really produce a lot of points because the point guard is the one shooting the ball. When you have a player like Charlie, who’s very good at distributing and then, if need be, he can make the open shot or create the open shot for himself—that combination makes him a much more valuable quarterback.

McGusty, like Moore, is a sixth-year redshirt senior. He, too, is taking advantage of the extra year granted by the NCAA due to COVID-19 impacting the 2020-21 season.

A native of Katy, Texas, McGusty flirted with moving on to the professional level during the offseason. He submitted his name for consideration in the NBA Draft and went through the pre-draft process.

Ultimately, the 6-foot-5, 190-pounder determined he wanted to return to The U for one last go as a collegian. 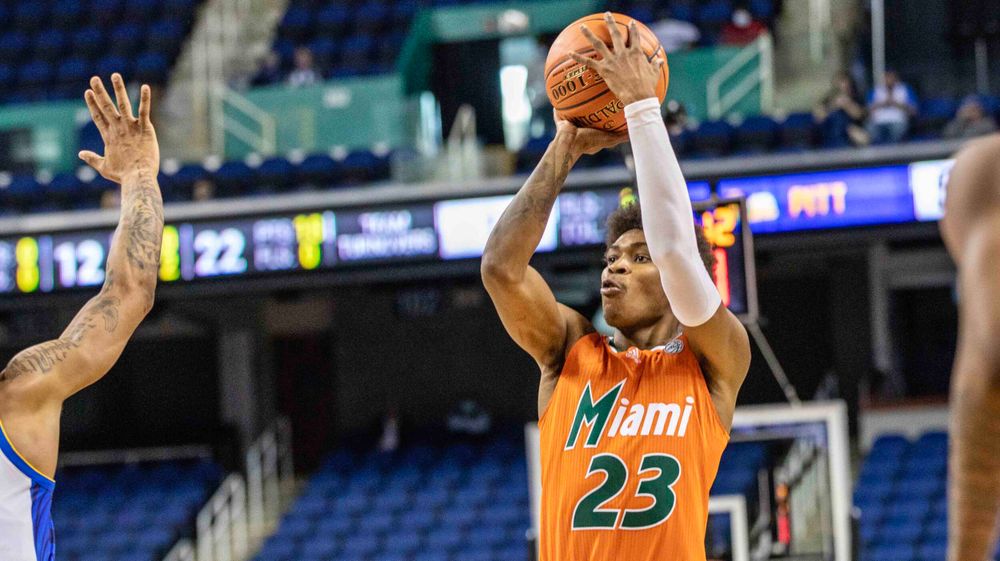 After doing so, McGusty, who has averaged 12.8 points per game in two seasons competing for Miami, approached the offseason with the exact mindset you’d expect from someone who made that decision.

“I think Kam has been very focused. He’s gotten himself in fantastic shape,” Larrañaga shared. “He has the ability to play the one, the two or the three. He’s shooting the ball extremely well. He’s working very hard defensively and the other day [against Nova Southeastern], he rebounded the ball. So, I think Kam is headed towards a very good senior year.”

Just like McGusty, Wong also entered his name into the NBA Draft, received feedback and elected to return to college.

Although he is just a third-year sophomore, he already has one of the highest profiles of any guard in not only the ACC, but the country. That is what happens when you average 17.1 points, 4.8 rebounds, 2.4 assists and 1.1 steals per game while co-leading a Power Five conference in 20-point outings (11) like Wong did last year.

A 6-foot-3, 185-pounder, Wong is the second-leading returning scorer in the ACC. He earned Preseason First Team All-ACC accolades and made the Jerry West Award Watch List.

Big things are, assuredly, expected of Wong after his dynamic 2020-21 campaign. His head coach knows the Piscataway, N.J., native is ready to build off his success a year ago. 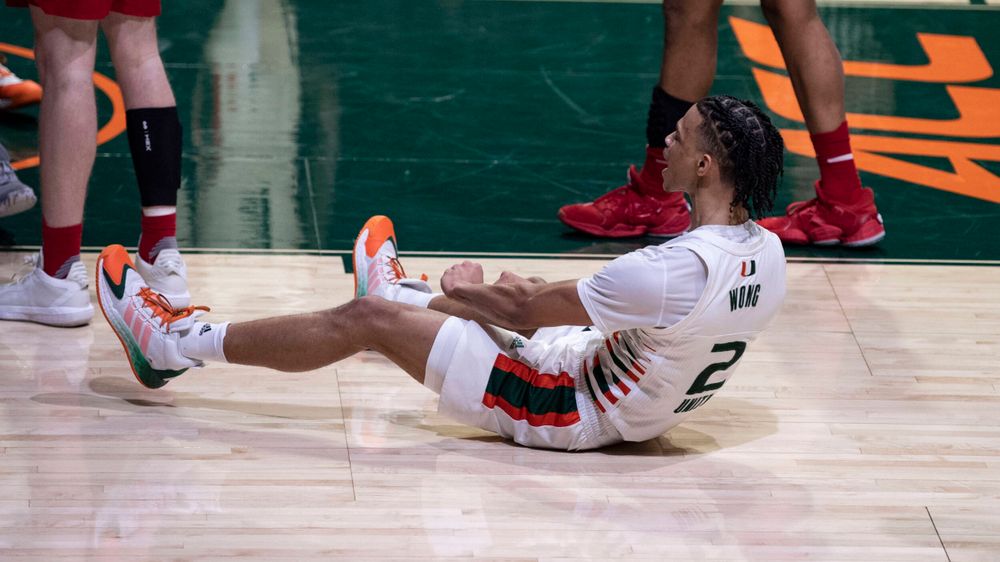 “Isaiah Wong has improved in a lot of categories. The first—and maybe the most important—is his team defense. He’s working harder at the defensive end of the floor. He understands team defensive concepts better. That’s very, very important,” Larrañaga said. “Number two, he continues to get stronger. He’s increased his vertical jump and he’s increased his lateral quickness and straightaway speed through a lot of hard work and our strength and conditioning program.

Not only has Moore aided Wong with his 3-point shooting, he has also helped the Hurricanes in that area as a whole.

After shooting under 30 percent from beyond the arc last season, Miami looks to have a chance to vastly increase that number in 2021-22. Part of that is, certainly, because of Moore.

However, Larrañaga’s confidence in his team’s improved 3-point shooting goes beyond just the man running the point.

Unlike last season when attendance was prohibited due to COVID-19 restrictions, the Miami faithful will be able to come watch the Hurricanes in person this year.

With such a talented, high-octane backcourt ready to take on some of the top programs in the nation, it could not be a better time the Watsco Center doors to be open once again.

“The arena is now open to the public. We need to get our students and our community behind this team because it’s going to be a very exciting team, led by our version of ‘Lethal Weapon 3,’” Larrañaga remarked. “We have [starting guards] who are very exciting to watch and will play at a very high level. And with the experience we have returning, we should be a very, very competitive team in the ACC.”

Miami fans will have their first chance to see the Hurricanes play a regular season game Nov. 9 when they face Canisius at the Watsco Center. Season tickets are still available and can be purchased HERE.