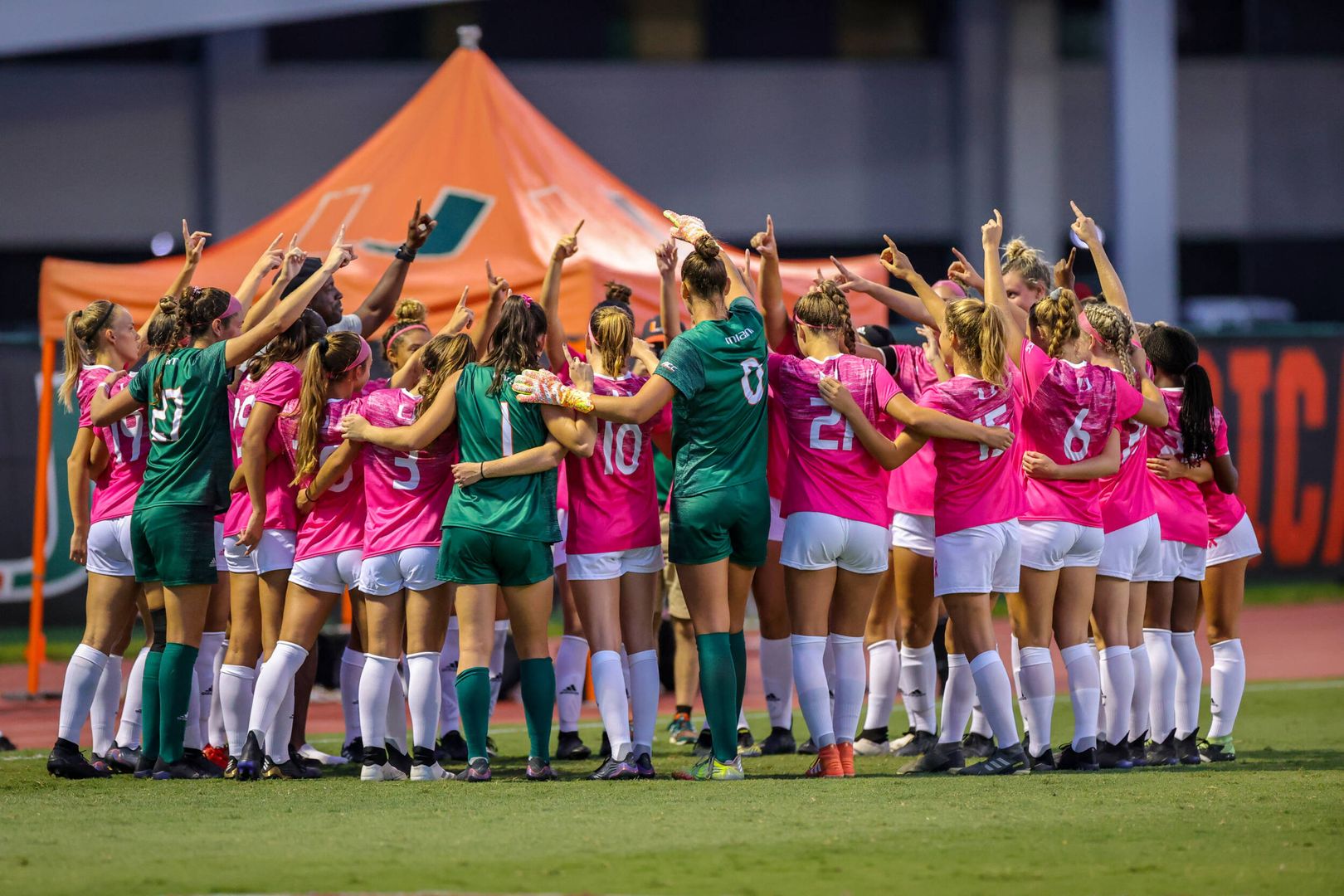 Canes Come Up Short Against Clemson

“At the end of the day, I thought the team played outstanding today, just a little bit unlucky today, to be honest,” Miami head coach Sarah Barnes said. “Without question, they were relentless, competed for every ball. From a start to finish performance, this is the best they had all season.”

“She really took charge of her development after last season and has grown tremendously,” Barnes said. “In particular, she’s grown from a mental standpoint. You can see it in her presence and the saves she’s making.”

After the intermission, the Canes ramped up the pressure, controlling the majority of play in the second half.

However, the Tigers broke through in the 80th minute when Maliah Morris slipped one past Dagenais, ultimately, providing the difference in the match.

“We need to be more precise in the final third,” Barnes said. “At the end of the day, the difference in the game tonight was they finished their chance and we didn’t.”

Miami and Clemson combined to total four yellow cards in a physical affair on the pitch. The Hurricanes generated four corner kicks compared to the Tigers’ five chances.

Up next, Miami hits the road for a pair of contests in the Old Dominion state, beginning with a match against the Virginia Tech Hokies on Thursday. Kickoff is slated for 7 p.m.