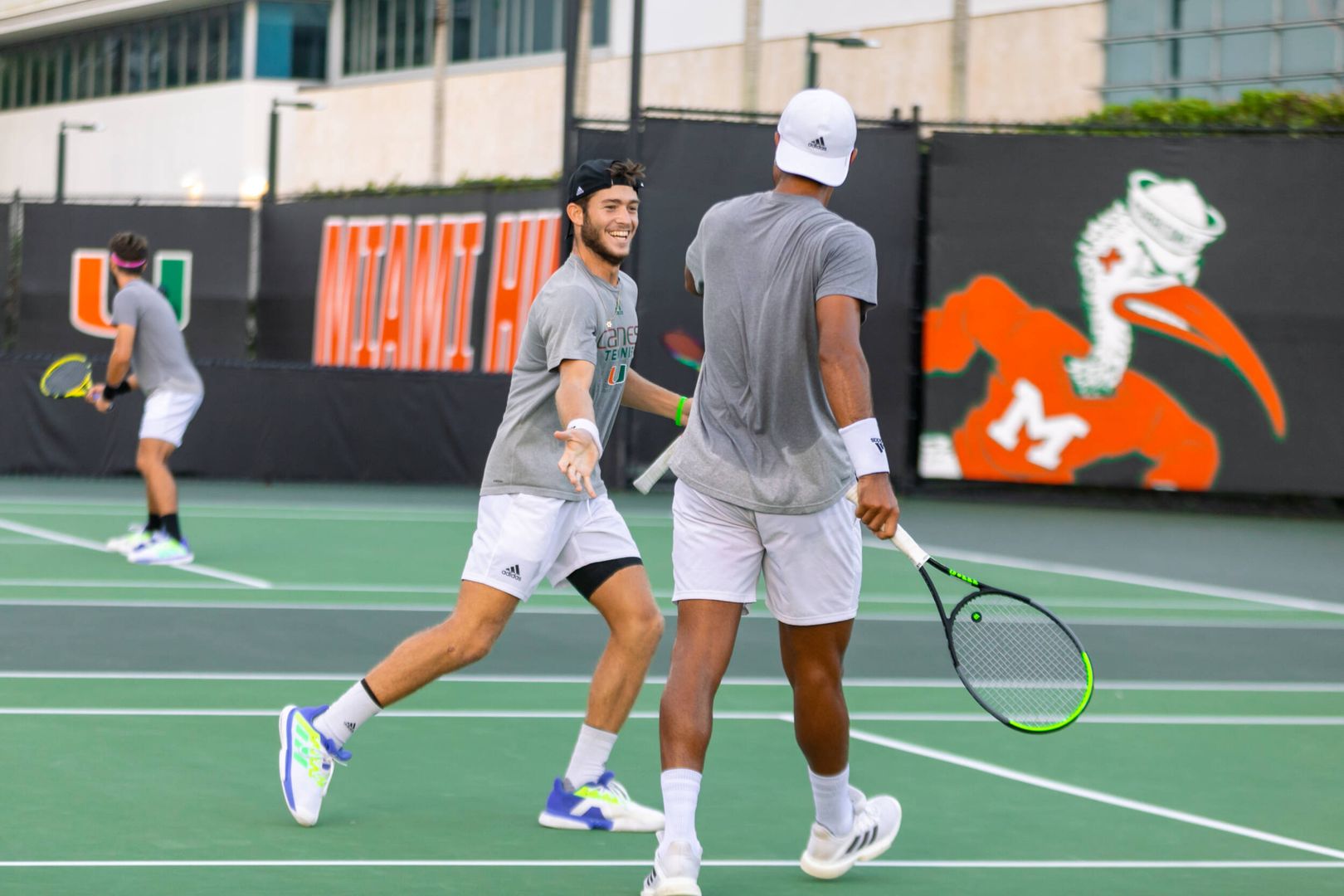 Miami will compete in a field of 12 teams, which includes ACC foe Georgia Tech and six SEC teams. The tournament will be comprised of four 16-player compass draws, with the No. 1 singles player from each team earning a spot in the top draw. The remaining spots in the top draw will be filled by the players with the highest Universal Tennis Rating (UTR).

Each team’s No. 2 singles player, if not in the top draw, will be placed in the second draw. After that, the third and fourth draws will be filled according to UTRs.

Bojan Jankulovski and Dan Martin will both be competing in the Magill draw (top), while Oren Vasser and Ilarion Danilchenko will play in the Red (second) and Silver (fourth) draws, respectively. Franco Aubone and Juan Martin Jalif represent the Canes in the Black (third) draw.

In doubles, Danilchenko and Martin will face-off with the pair from South Carolina in the Magill draw. Vasser and Jalif will take on the duo from Auburn draw and Aubone and Jankulovski will compete against the UNC Charlotte doubles team in the Red (second) draw.

Live scoring and video stream for the Bulldawg Invitational can be found here.