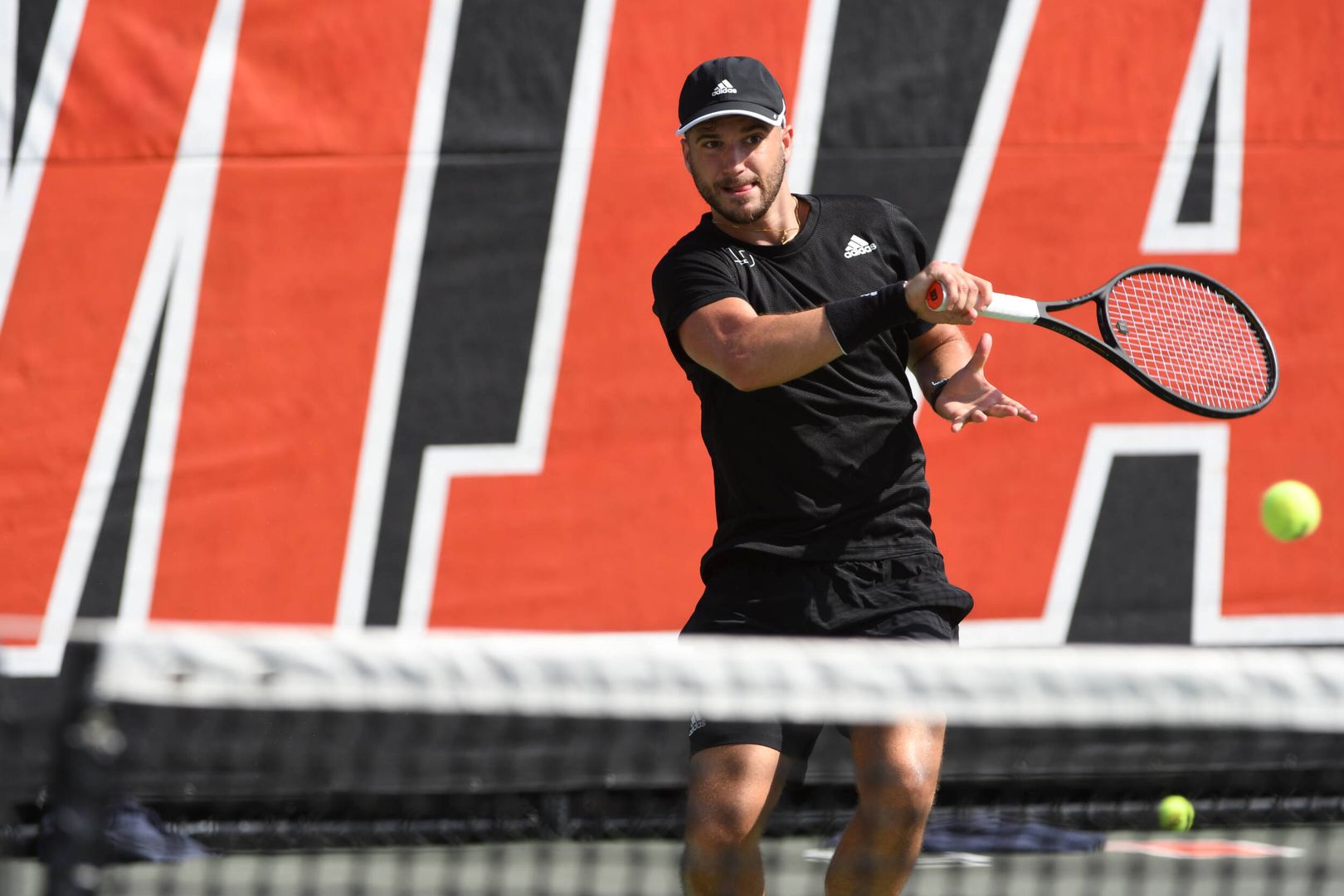 CORAL GABLES, Fla. – The University of Miami men’s tennis team is playing all across the Southeast for their next fall tournament weekend, sending players to the ITF M15 Naples event and the Bulldawg Invitational this week.

Fifth-year senior Benjamin Hannestad and graduate student Dan Martin kick things off for the Canes, taking part in the ITF M15 Naples event in Naples, Fla., beginning Oct. 4. The eighth-ranked player in Denmark, Hannestad earned a direct acceptance to the main draw event, while Martin will compete in the qualifying round as the 61st-ranked Canadian.

Martin will begin play no earlier than 11 a.m. on Oct. 4, taking on Kyle Overmyer from the United States on Court 18 in the men’s singles qualifying first round. Hannestad will begin the first round of the singles main draw on either Oct. 5 or 6.

The rest of the Canes will head north to Athens, Ga., to compete in the Bulldawg Invitational beginning on Oct. 8.

Miami will compete in a field of 12 teams, which includes ACC foe Georgia Tech and six SEC teams. The tournament will be comprised of four 16-player compass draws, with the No. 1 singles player from each team earning a spot in the top draw. The remaining spots in the top draw will be filled by the players with the highest Universal Tennis Rating (UTR).

Each team’s No. 2 singles player, if not in the top draw, will be placed in the second draw. After that, the third and fourth draws will be filled according to UTRs.

Live scoring and video stream for the Bulldawg Invitational can be found here.