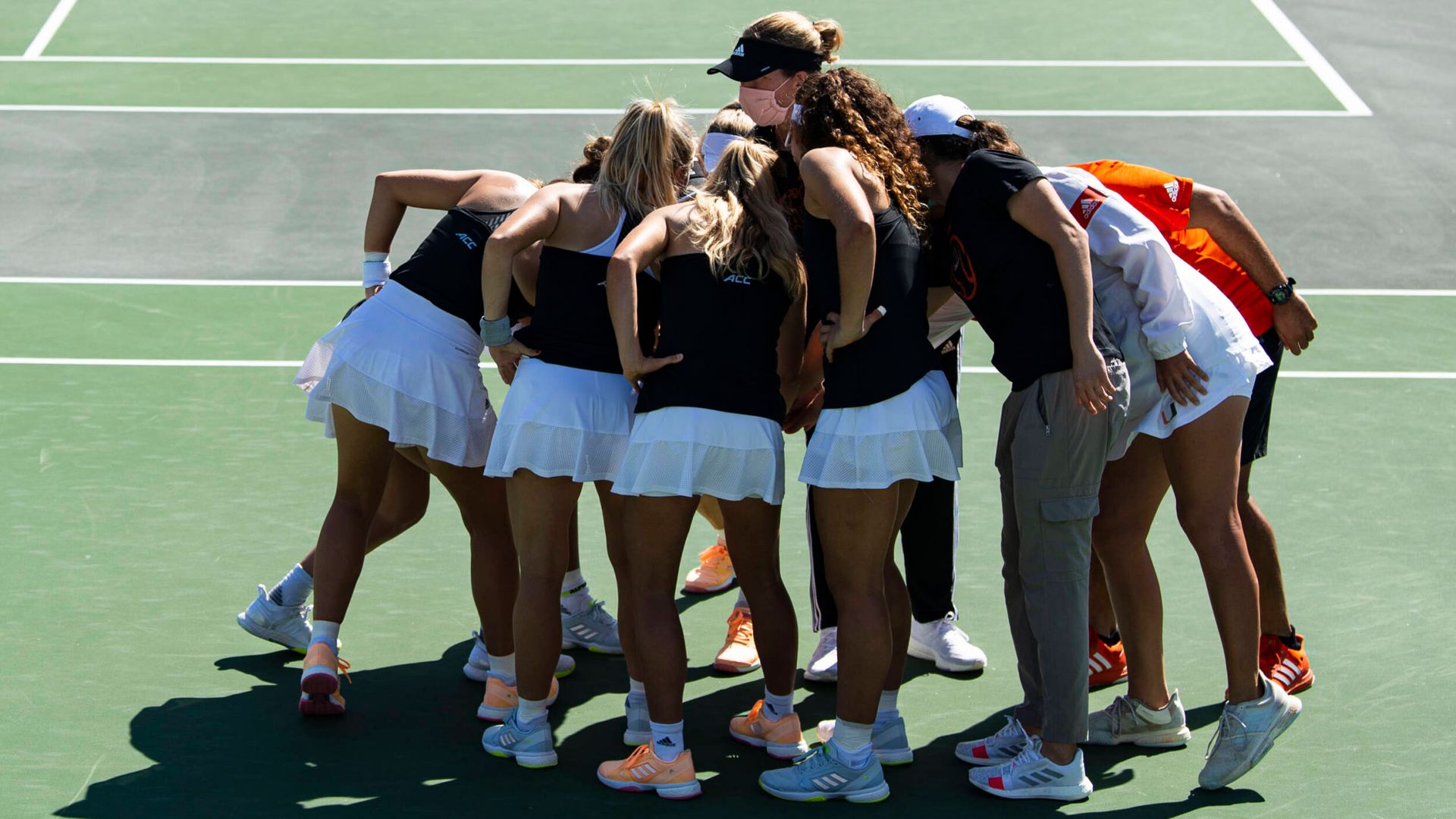 The Hurricanes are set to compete in six collegiate tournaments across five weekends from late September through early November, before capping the season with an ITA Fall Circuit event. The final two weekends of the season will feature action at the Neil Schiff Tennis Center.

After the opening weekend of the season, Yaroshuk-Tews’ team returns to the Sunshine State to compete in the annual Bedford Cup. This fall’s edition will take place Oct. 1-3 in Tampa, Fla., with USF serving as the host.

Up next for Miami is the prestigious ITA Women’s All-American Championships by LTP, scheduled for Oct. 4-10. The tournament has a new home this year, as matches will be played in Charleston, S.C.

The Hurricanes return to their home state for a trip to Orlando, Fla., where the ITA Southeast Regional Championships, hosted by UCF, are slated for Oct. 14-17 at the USTA National Campus.

To open the final month of fall play, select Hurricanes will head to the Barnes Tennis Center in San Diego to compete in the elite ITA National Fall Championships from Nov. 4-7.

The rest of the team will remain in Coral Gables for the Miami Fall Invite, scheduled for Nov. 5-7 at the Neil Schiff Tennis Center. Competitors from Barry, Columbia and Kentucky will also take part in the event.

With their collegiate schedule complete, the Hurricanes conclude their fall slate by playing in an ITA Tour: Fall Circuit by Universal Tennis event at the Neil Schiff Tennis Center from Nov. 12-15. Collegians, juniors and professionals are all permitted to take part in the tournament.

The Hurricanes’ complete 2021 fall schedule can be found HERE.