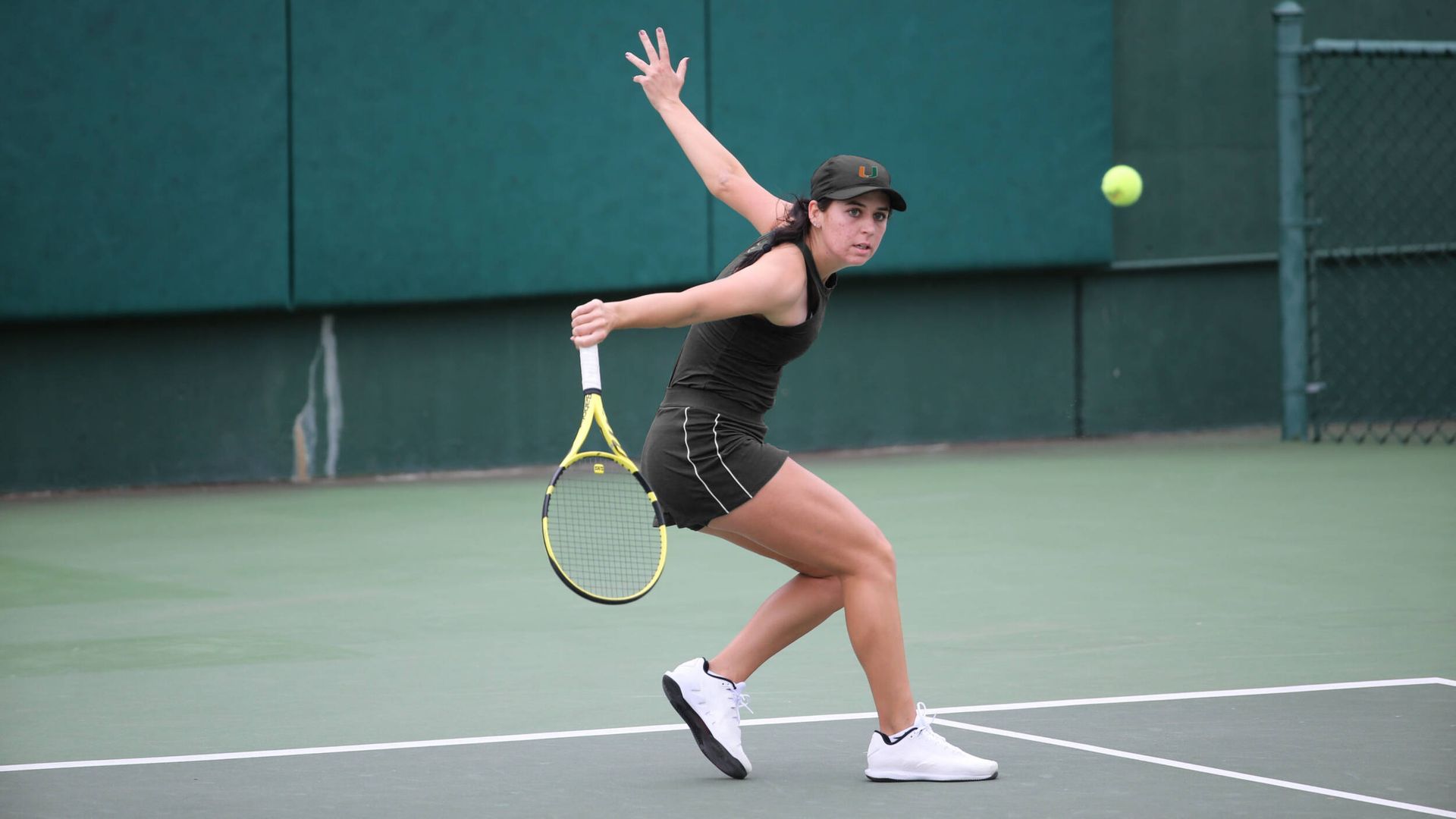 A top-10 recruit in the class of 2020, Boch-Collins will join the Hurricanes as a sophomore with three years of eligibility remaining, beginning in 2021-22.

“We’re excited to have Audrey on board. Her competitive nature is exactly what we need to continue making strides as a team,” Yaroshuk-Tews said. “Every member of this team has to have a level of toughness and resiliency that is superior. Audrey has that we’re ready to go.”

During her inaugural collegiate campaign, Boch-Collins posted a splendid 17-3 singles record. Her strong play helped the Bears to a 24-5 (8-1 B12) record and a final ITA ranking of No. 14.

In addition to her success in singles, Boch-Collins posted a dazzling 25-8 ledger in doubles competition, including a 20-4 mark in dual matches and a 5-1 record in Big 12 play. The 25 total victories tied for second among Bears, while the 20 dual match triumphs co-led the team. Her winning percentage in each category was the best among all Baylor players.

Boch-Collins finished the 2021 campaign ranked No. 58 nationally in doubles alongside Alicia Herrero Linana. The duo also placed sixth in the ITA Texas Region.

The Las Vegas native went 2-0 atop the doubles lineup, 7-1 at the No. 2 position and 11-3 in the No. 3 spot. In her final outing, she logged a top-50 victory over Duke’s Kelly Chen and Georgia Drummy in the NCAA Team Championship Round of 32. She went 11-1 in her final 12 completed matches, taking the final eight.

Prior to matriculating to Baylor, Boch-Collins turned in an incredible career at Odyssey Charter Schools High School. The 5-foot-7 right-hander notched a perfect 75-0 record, claiming four state titles. She also went 16-4 on the USTA Junior Circuit.

TennisRecruiting.net tabbed Boch-Collins as the No. 10 player in the class of 2020, listing her as a five-star, blue-chip prospect. She peaked at second overall on the list in July 2020, as well as held the top overall spot in the website’s TennisRPI rankings in August 2021.

Boch-Collins is the second newcomer for the Hurricanes in 2021-22, joining LSU transfer Eden Richardson, a former NCAA doubles champion who inked with Miami in May.