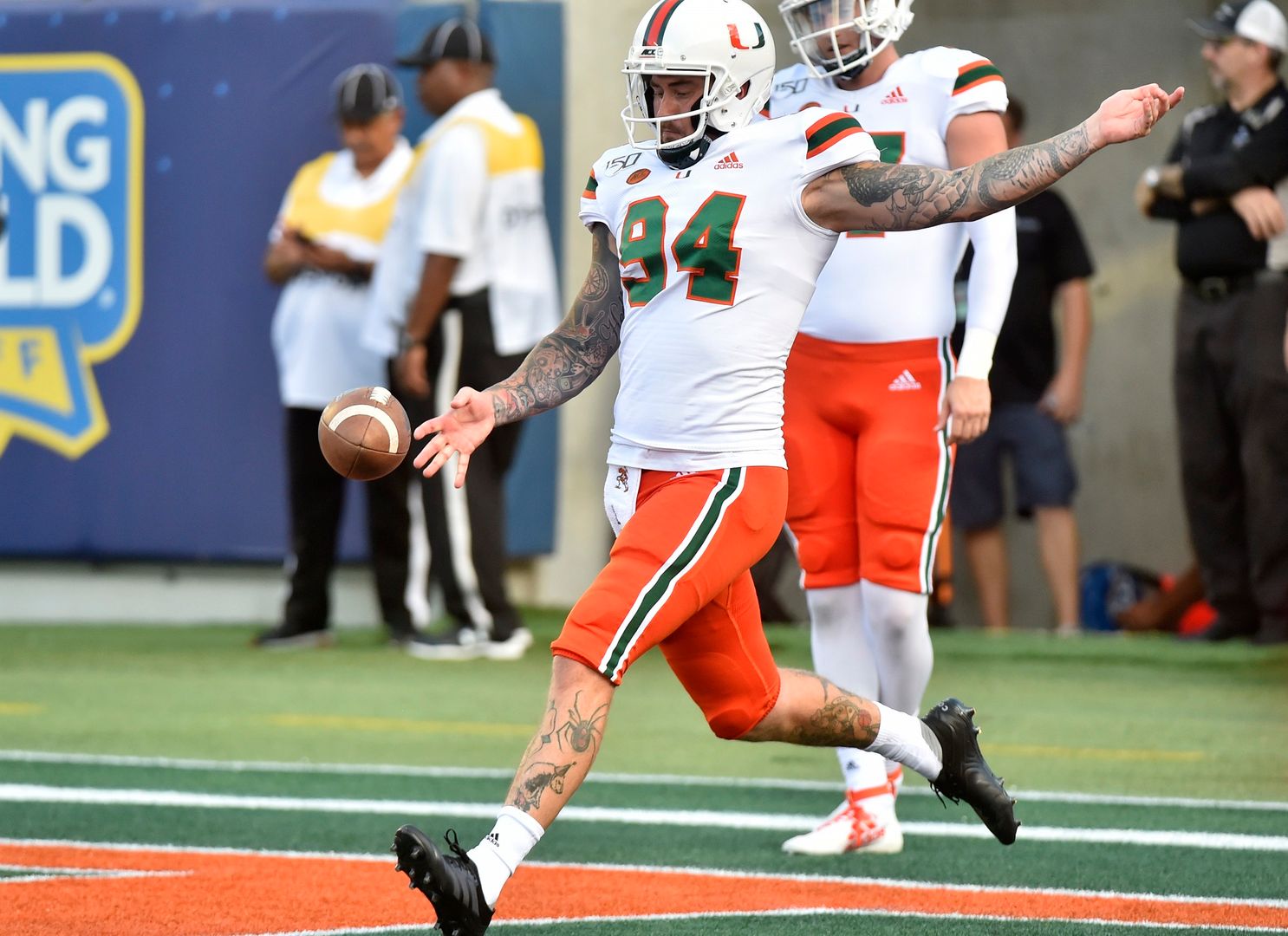 CORAL GABLES, Fla. – University of Miami veteran Lou Hedley was selected as a candidate for the Ray Guy Award honoring the nation’s top punter, it was announced Wednesday.

A Ray Guy finalist a season ago, Hedley delivered one of the most dominant seasons by a Miami punter in program history in 2020. Hedley ranked No. 2 in FBS in punting (47.3 yards per punt) and helped the Hurricanes set the FBS record for highest net punting average (minimum 40 punts) at 44.96.

The honor was the second for Hedley, who was also selected to the Preseason All-ACC team released by the conference office earlier in the week. Hedley was a second-team All-America by the Associated Press in 2020.

The Augusta Sports Council created the Ray Guy Award in 2000 to honor Thomson, Georgia native and College and Pro Football Hall of Fame inductee, Ray Guy. Among the statistics used to identify the winner is net punting average, number of times punt is downed or kicked out of bounds inside the opponents 20-yard line, total yardage punted, average returned yardage and percentage of punts not returned with particular emphasis placed on net punting average. The winner must display team leadership, self-discipline and have a positive impact on the team’s success. 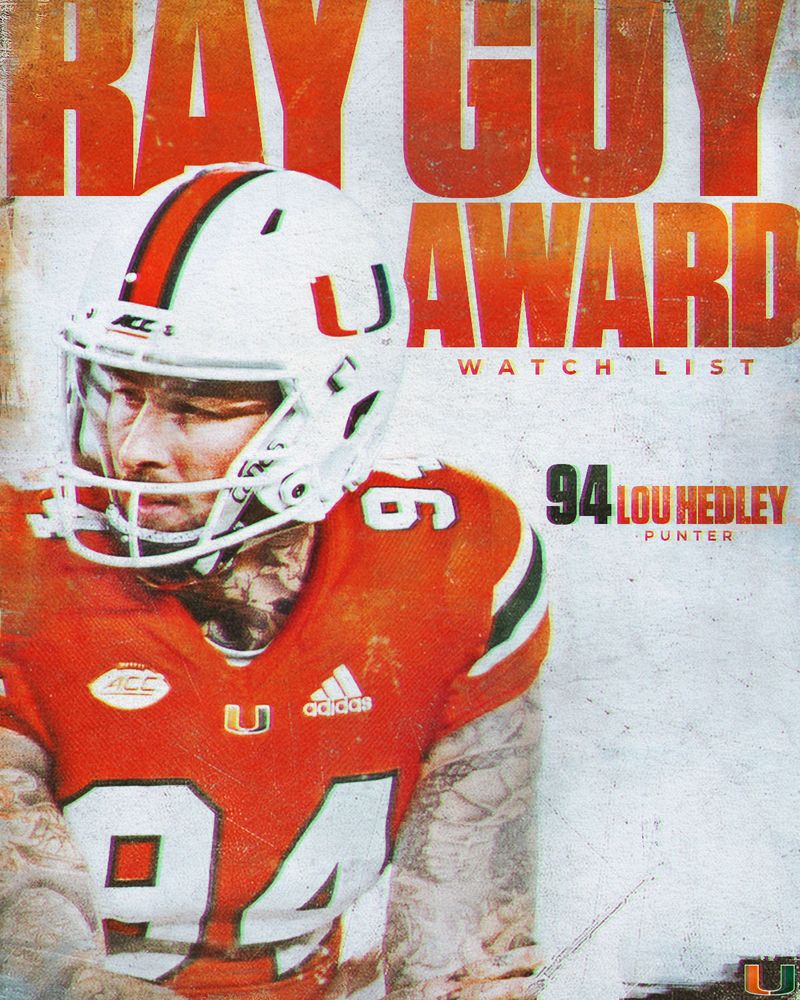