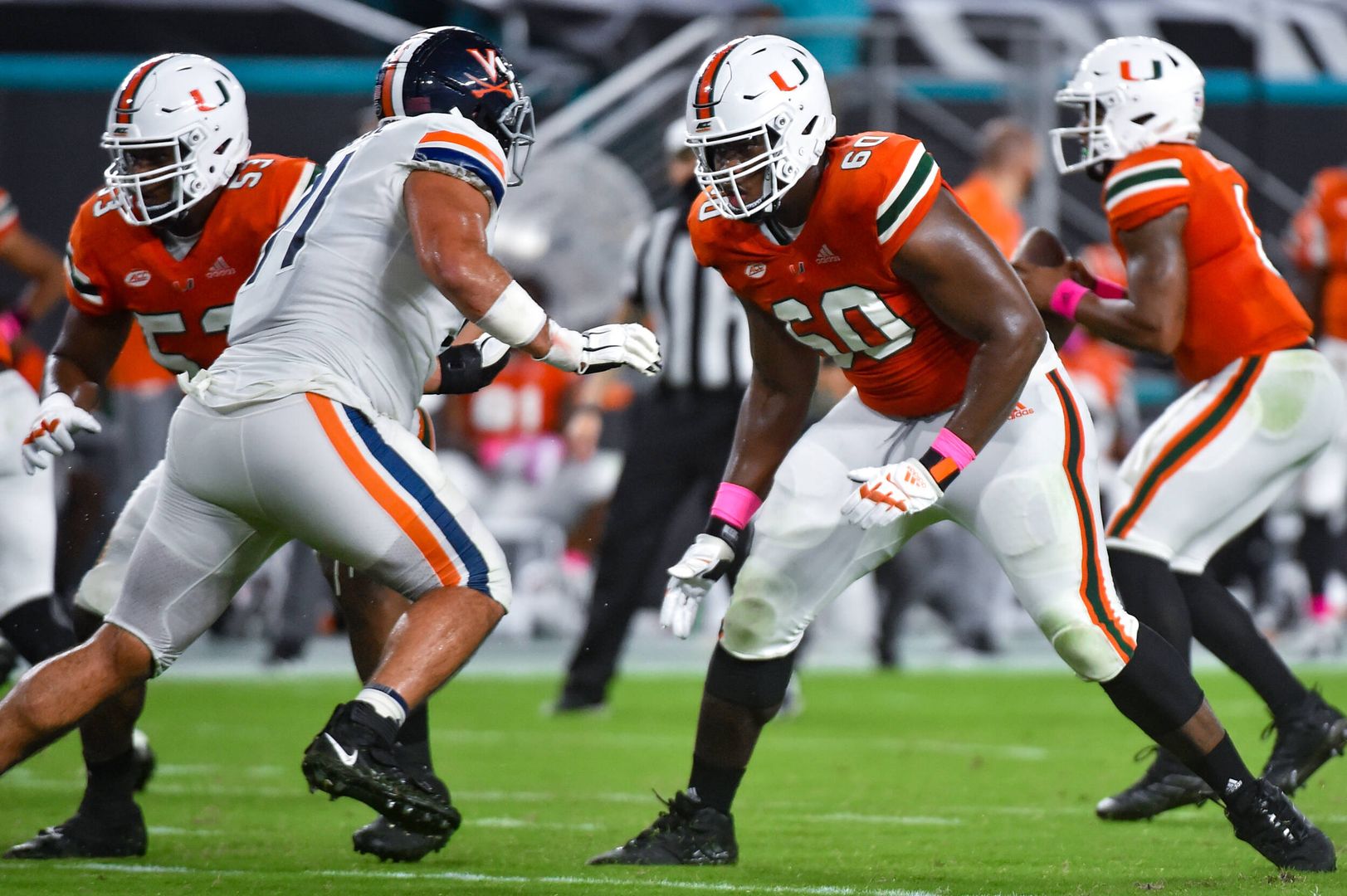 CORAL GABLES, Fla. –  Two Miami Hurricanes were among those selected to the watch list for the 2021 Outland Trophy honoring the nation’s most outstanding interior lineman, it was announced Tuesday.

Offensive tackles Zion Nelson and Jarrid Williams were tablled as candidates for the award, which is in its 75th season as the most prestigious honor for the nation’s top lineman.

Nelson has made 20 starts in his two seasons at The U, and emerged as Miami’s starting left tackle during the 2020 season. A South Carolina native, Nelson also started all 13 games at left tackle as a true freshman in 2019. Williams started all 10 games in which he participated in 2020, which marked his first season at The U. Prior to transferring to Miami, Williams earned the role as the starting right tackle at the University of Houston. 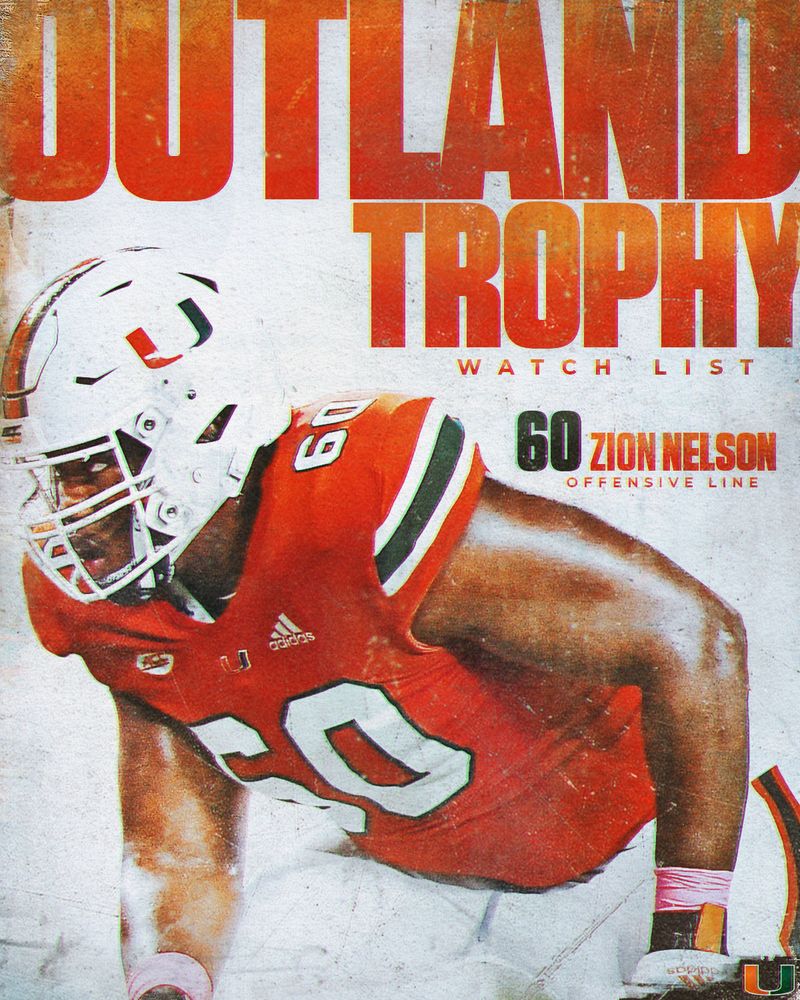 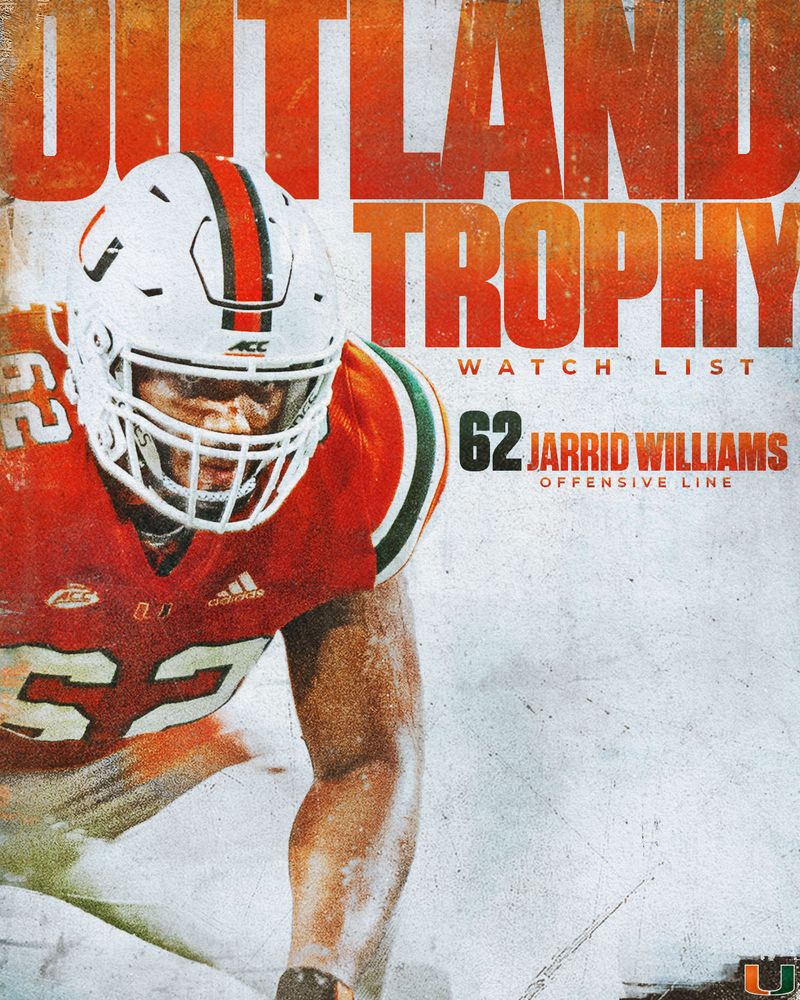