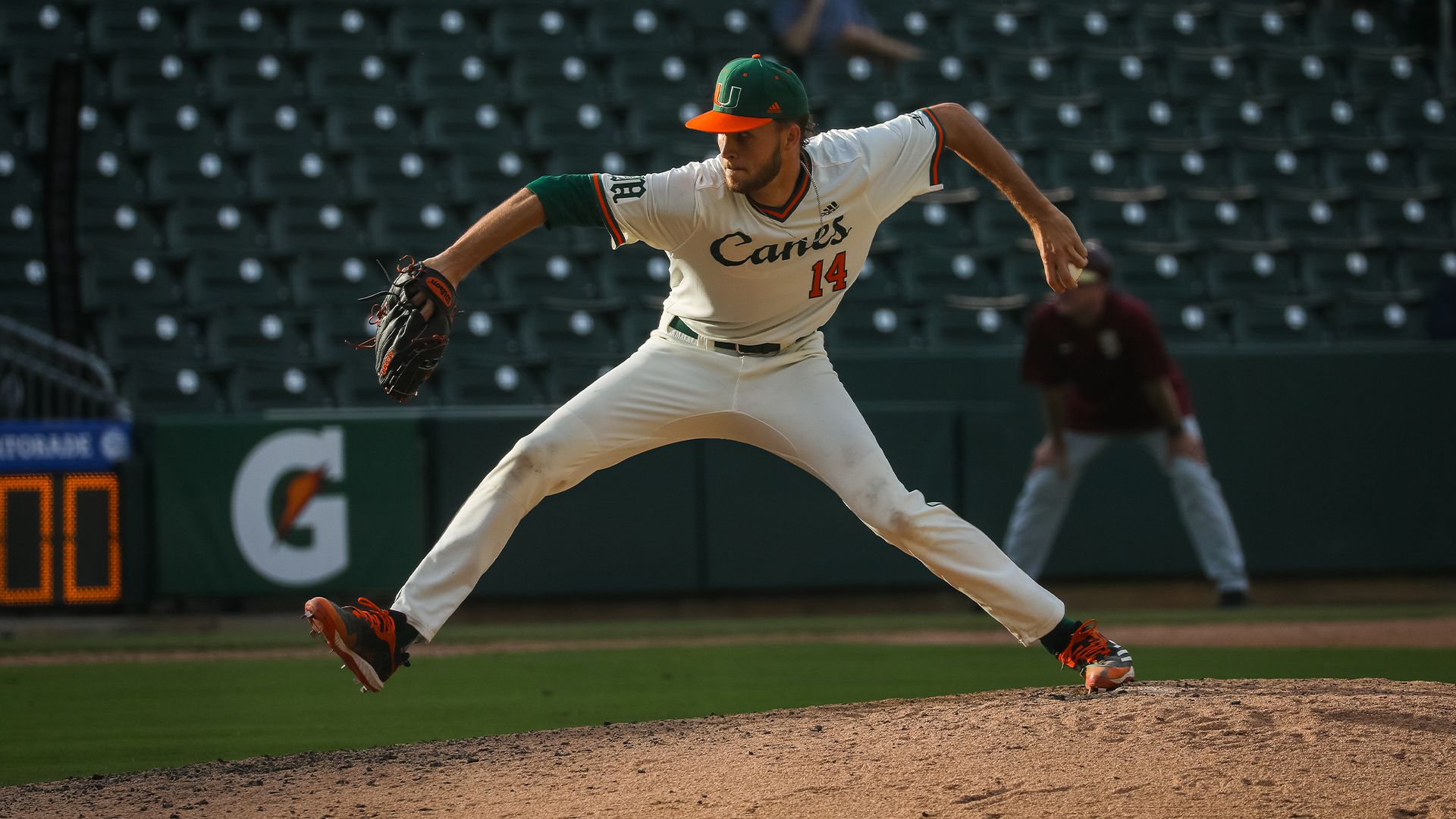 CORAL GABLES, Fla. – The University of Miami’s Carson Palmquist was named an All-American by Collegiate Baseball, as announced Thursday by the publication.

“It means a lot and it’s an awesome achievement, but the work has just started,” Palmquist said. “I’m still learning and trying to keep on getting better every weekend. I’ve just got to keep on improving and help my team win.” 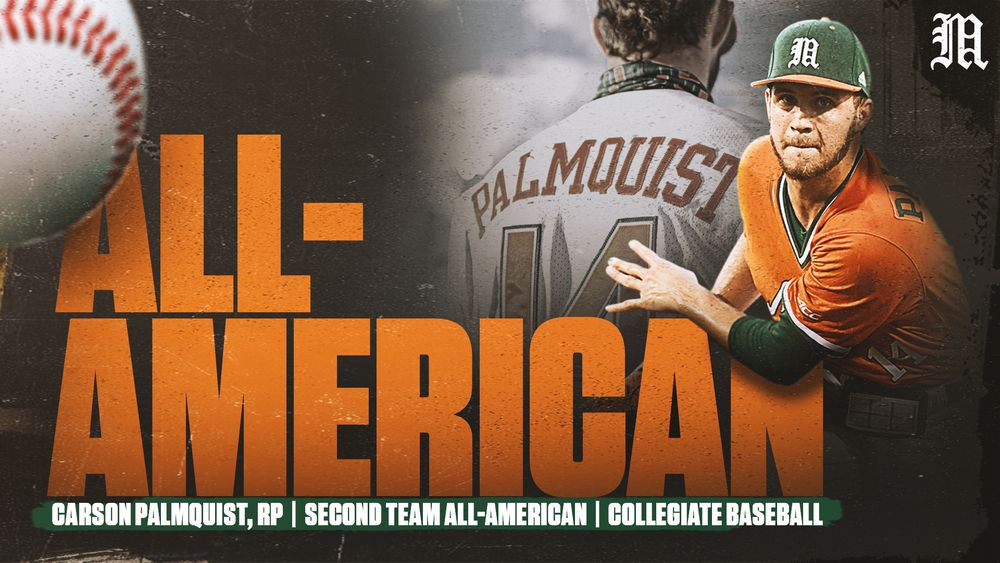 The most dominant closer in the ACC and one of the top relievers in America, Palmquist earned his first All-America honor a week after he was named the All-ACC first-team relief pitcher after an incredible first full season in Coral Gables. Palmquist, who was also named to the 2021 ACC All-Freshman Team, was named a semifinalist for the Dick Howser Trophy and is on the NCBWA Stopper of the Year Award watch list.

“Having success in my first full season has motivated me a lot,” Palmquist said. “Just to see the little things that you’ve been working on pay off, it makes you want to just keep on working harder and harder every day.”

The lefty leads the ACC and ranks second nationally with 13 saves. Palmquist enters the postseason with a 1.74 ERA, allowing just eight earned runs over 23 appearances. His 72 strikeouts pace all Miami pitchers and he is averaging 15.7 strikeouts per nine innings pitched with a 12-to-1 strikeout-to-walk ratio. He is one save shy of cracking Miami’s all-time top 10 for saves in a single season.