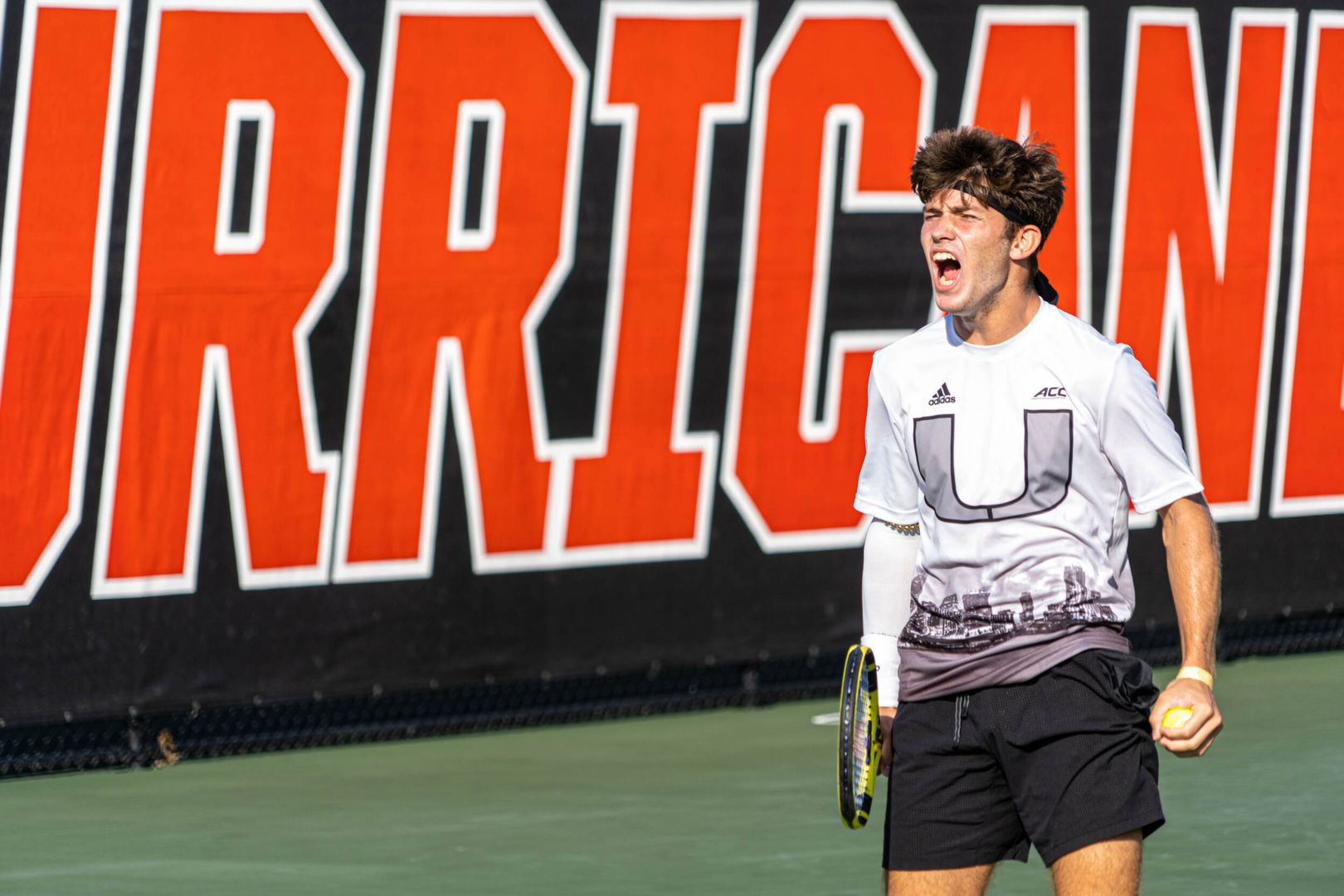 CORAL GABLES, Fla. – For the third straight time, the University of Miami men’s tennis team will extend its season at the NCAA Team Championship.

No. 41 Miami (8-10, 4-6 ACC), which will compete on the national stage for the 29th time in program history, will travel to Orlando, Fla., to face No. 16 Mississippi State in Saturday’s opening round at 11 a.m. at the USTA National Campus.

The 2021 Canes are led by Adria Soriano Barrera in singles, as the All-ACC first team honoree is ranked No. 39 in the ITA. In doubles, No. 31 Franco Aubone and Benjamin Hannestad lead the charge.

Mississippi State (16-9, 5-7 SEC) is represented by five individuals in the ITA singles rankings, led by No. 19 Giovanni Oradini. Joining the Bulldogs’ senior in the rankings are Florian Broska (No. 49), Nemanja Malesevic (No. 54), Davide Tortora (No. 76) and Alberto Colas (No. 125). Meanwhile, Broska teams up with Gregor Ramskogler in doubles to form the nation’s 15th-ranked pair.

UCF, both ranked and seeded ninth, will host Monmouth in the other first round contest.

The winners of the two matches will square off Sunday to determine who will advance out of the region to the round of 16.

Individually, the Knights are led by a pair of student-athletes in the national singles rankings, with Gabriel Decamps checking in at No. 10 and Juan Pablo Grassi Mazzuchi rising to No. 87. In doubles, Trey Hilderbrand and Bogdan Pavel are ranked ninth, while Hilderbrand teams up with Decamps to form the No. 37 ranked pair and Pavel and Grassi Mazzuchi checking in at No. 82.

The Hurricanes are 16-28 all-time at the NCAA Tournament and are seeking their first Round of 16 appearance since 2009, when Miami topped No. 10 Florida, 4-3, in second round action.

Additional information on the matches in Orlando, including start times and live stats links, will be available in the coming days. The complete tournament bracket can be found HERE.