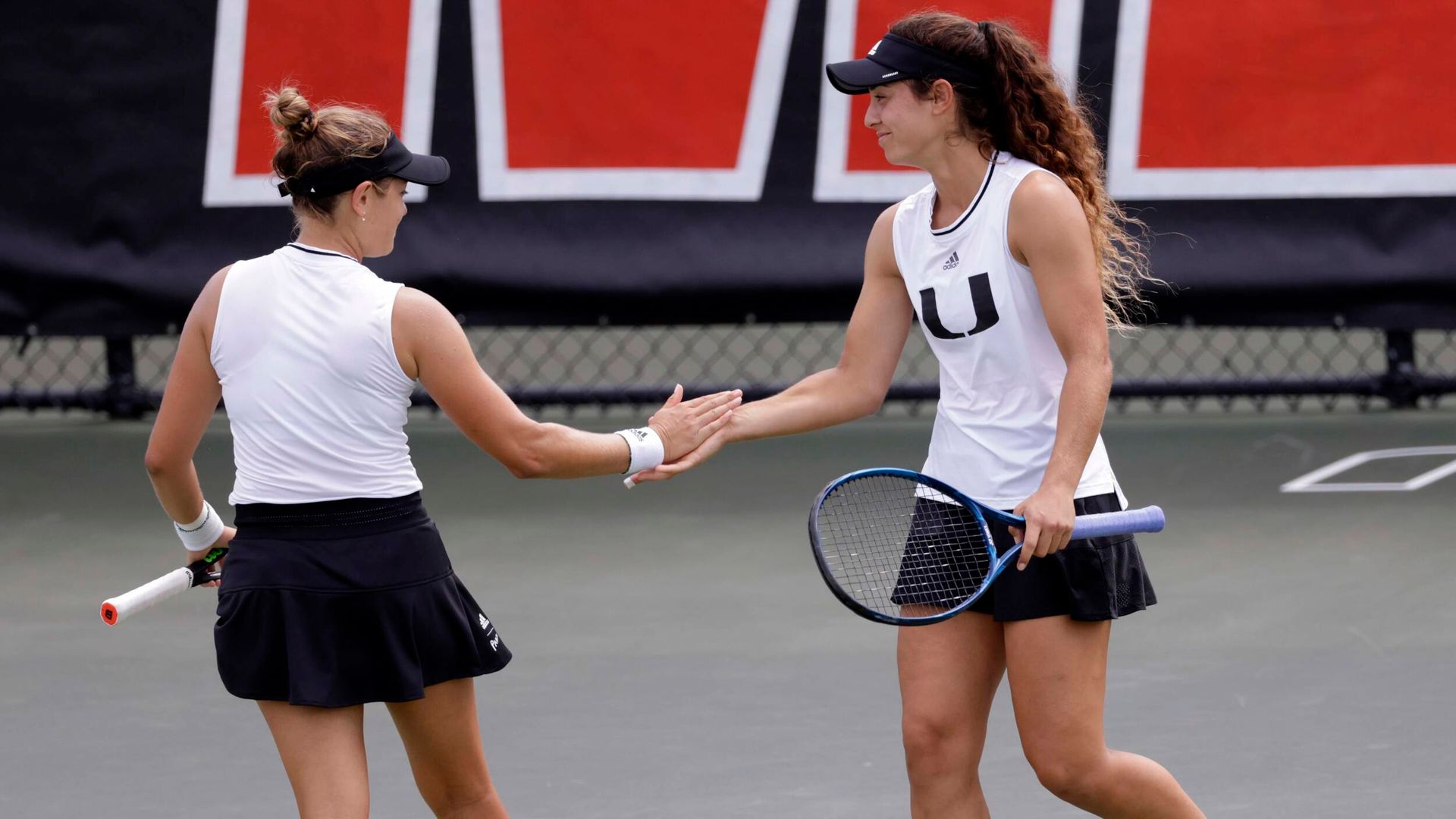 W. Tennis Moves up to No. 19 in ITA Coaches Poll

The Hurricanes are now No. 19 in the national rankings, their top mark of the season. The one-position jump comes after a narrow 4-3 setback last Friday on the road at No. 4/5 Florida State. Miami also dropped one spot in the computerized poll and now sits at No. 23 on the list.

In the new singles rankings, updated for the first time since March 30, fifth-year senior Estela Perez-Somarriba moved up one position and is now third nationally. This is her 28th consecutive top-10 rankings, including the 23rd top-five mark and 20th top-three mark during that span, which stretches over three-plus years.

Freshman Isaballa Pfennig held steady at No. 17 in the country. The Gauting, Germany, native is the fourth-highest-ranked freshman on the ITA list. Miami is one of five teams in the country—four are in the ACC—with two top-20 players, alongside Georgia, Georgia Tech, North Carolina and Virginia.

In doubles, Miami still has two ranked doubles pairs, with each dropping slightly on the list. Second-year freshmen Diana Khodan and Maya Tahan are now the top-ranked duo for the Hurricanes, placing No. 24 nationally. Perez-Somarriba and Pfennig follow closely behind them with the No. 34 spot in the ITA doubles rankings.

Miami concludes the 2021 regular season Friday at 2 p.m. when it hosts Florida Atlantic at the Neil Schiff Tennis Center. Perez-Somarriba will be recognized before the match during Senior Day ceremonies.