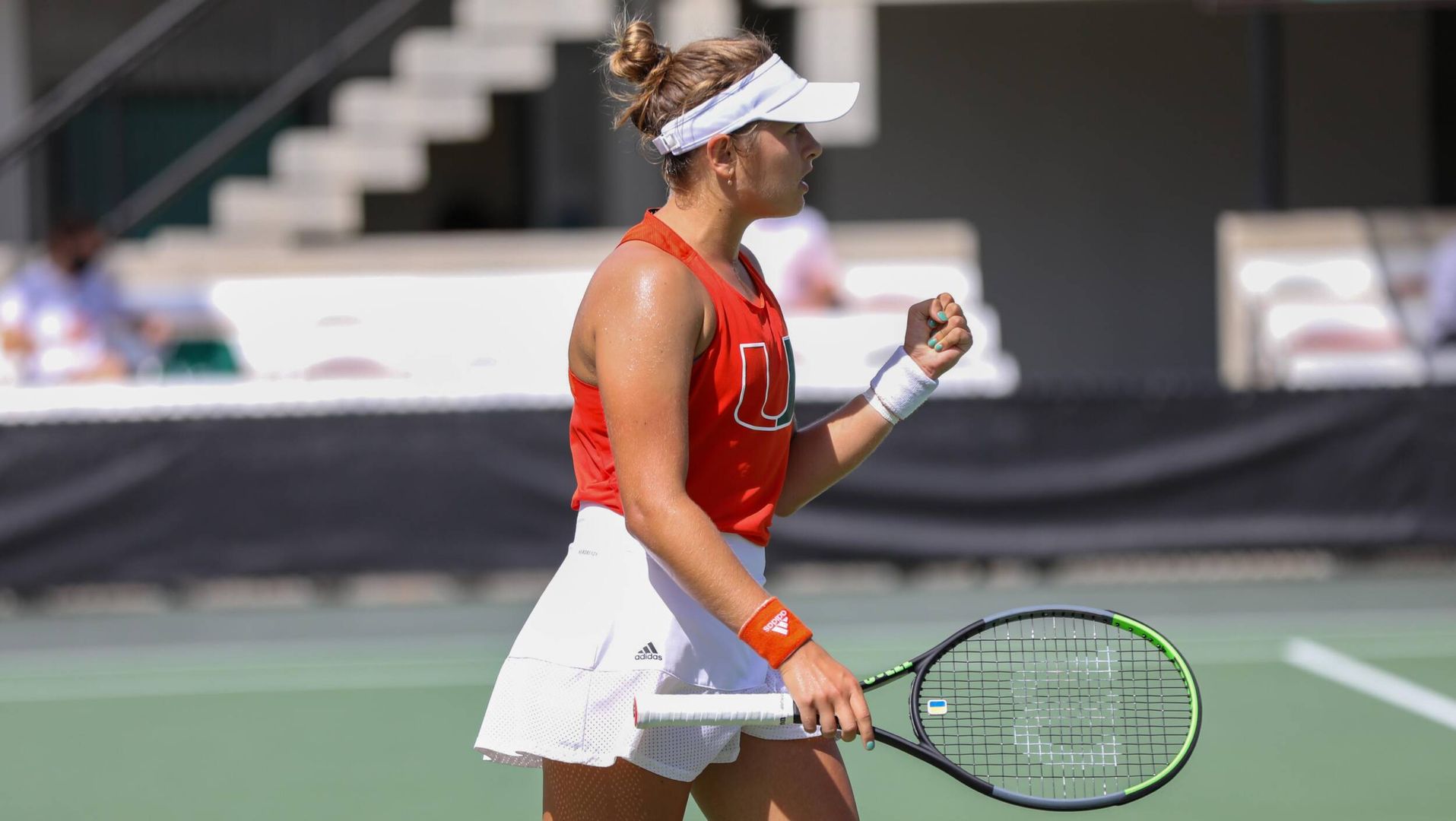 CORAL GABLES, Fla. – Diana Khodan of the University of Miami women’s tennis team is the ACC Freshman of the Week, as announced Tuesday afternoon by the conference office.

This is the first such honor of her career, while it marks the fifth time in 2021 a Hurricane has claimed the award, including the third in a row.

A second-year freshman from Ivano-Frankivsk, Ukraine, Khodan posted two straight-set singles victories at the No. 5 position last week, running her winning streak up to nine. She topped the Hokies’ Katie Andreini, 6-2, 6-1, and defeated the Cavaliers’ Vivian Glozman, 6-2, 6-2.

In doubles, Khodan and fellow second-year sophomore Maya Tahan, together ranked No. 20 nationally, split their two matches against ranked foes at the No. 2 position. Their victory came Friday against Virginia Tech’s No. 65-ranked duo of Shene Disbergen and Rita Pinto, 6-3.

Khodan and the Hurricanes are back in action Friday at 4 p.m., when they take on sixth-ranked Florida State in Tallahassee, Fla.