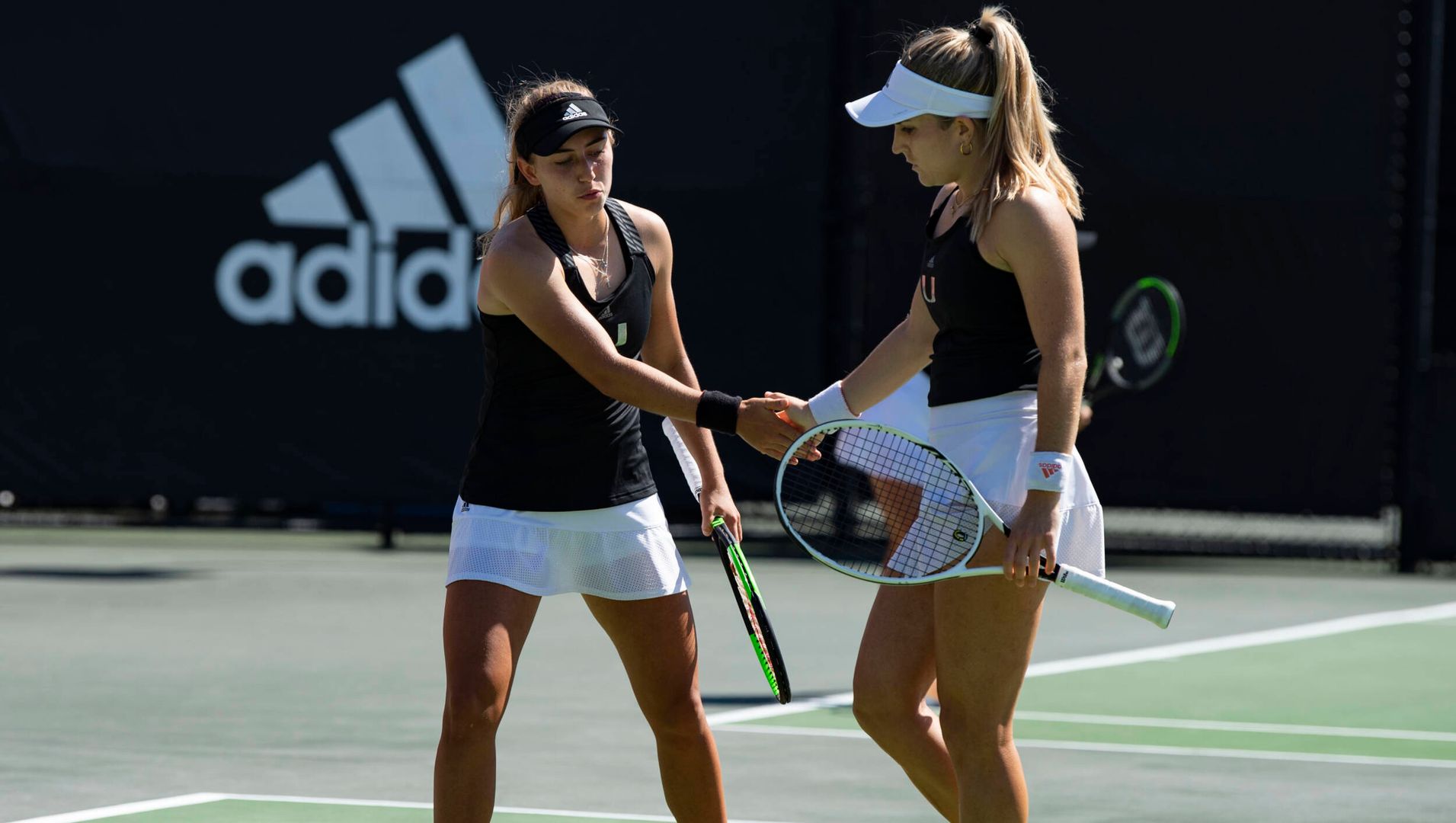 CORAL GABLES, Fla. – For the second week in a row, Isabella Pfennig and Estela Perez-Somarriba of the University of Miami women’s tennis team garnered ACC recognition.

The duo helped lead No. 35 Miami (8-5, 5-3 ACC) to a trio of lopsided wins in its first home matches of the season. The Hurricanes posted a 5-2 win over USF, a 7-0 shutout of No. 47 Notre Dame and a 6-1 victory against Louisville, on Wednesday, Friday and Sunday, respectively.

Perez-Somarriba, now an eight-time ACC Player of the Week in her illustrious career, won all three of her matches at the No. 1 spot and, in doing so, became the fourth player in league history to eclipse 150 singles wins. She first topped USF’s Laura Pellicer, 6-2, 6-1, and then defeated No. 109 Cameron Corse of Notre Dame, 6-1, 6-1. Finally, she beat Nikolina Jovic of Louisville, who retired while facing a 1-6, 1-3 deficit.

Additionally, the two played together in doubles and posted a 3-0 ledger at the top spot. After a 6-2 result against Boy and Alexandria Mjos of USF, they logged a top-20 victory over No. 19 Corse and Freeman of Notre Dame, 7-5. To cap the weekend, they defeated Louisville’s Di Palma and Rhea Verma, 6-4.

Perez-Somarriba, Pfennig and the Hurricanes resume their seven-match homestand this weekend, first taking on No. 29 Wake Forest Friday at 11 a.m. at the Neil Schiff Tennis Center.