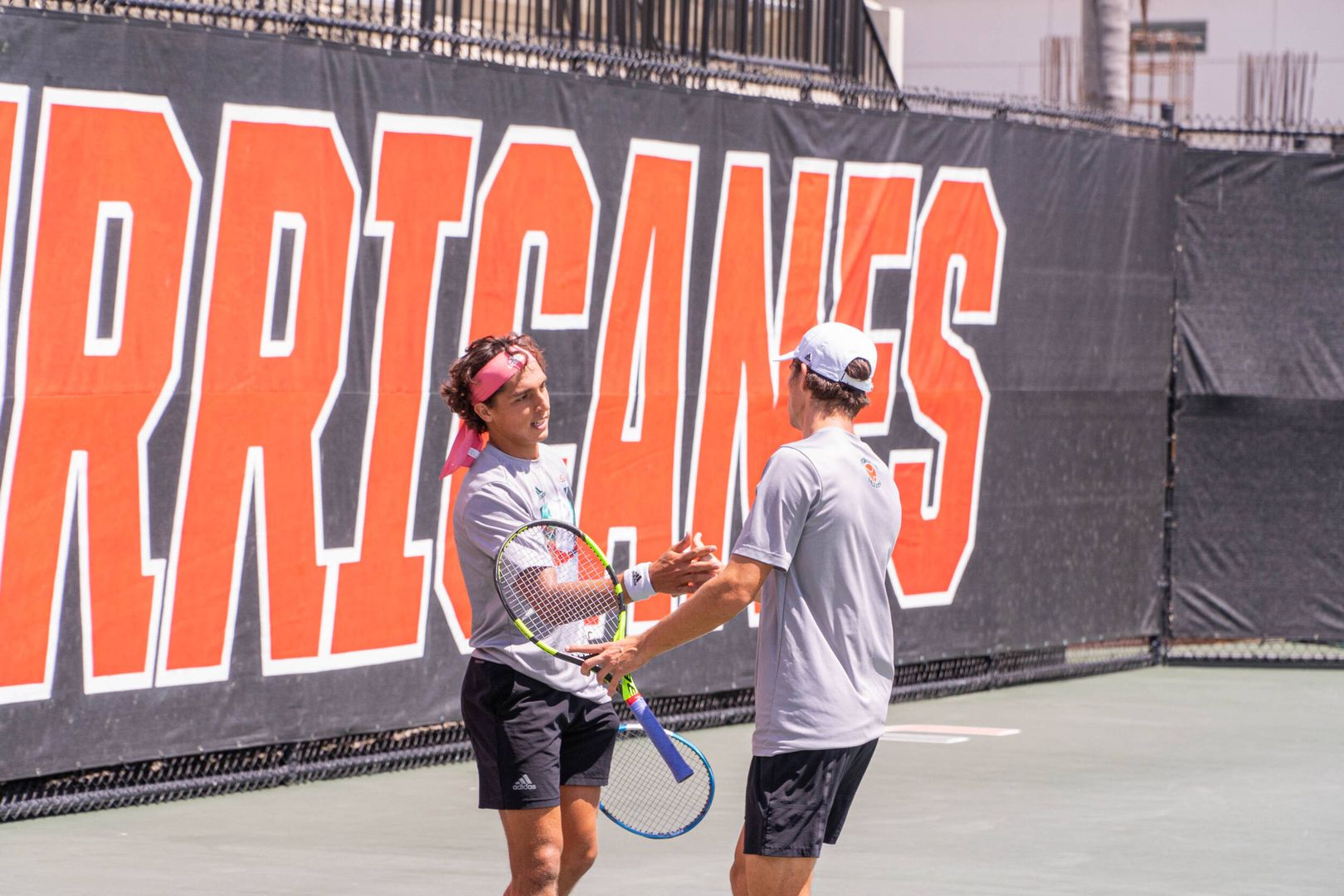 Aubone and Hannestad Named ACC Doubles Team of the Week

Squaring off in a top-25 doubles showdown, Aubone and Hannestad jumped out to a commanding 3-0 lead against No. 21 Rithvik Bollipalli and Jakub Wojcik, as Miami quickly gained momentum on courts 1 and 2.

After their teammates, Adria Soriano Barrera and Oren Vasser, downed the nation’s 38th-ranked pair on court 2, Miami’s top doubles duo gave the Hurricanes a lead it would not look back on, sealing their match 6-3.

“The double point is always huge in every dual match. Clinching the doubles point meant a lot to Franco and myself to set the tone for the singles and finishing the match at 4-1 instead of ending up in a 3-3 decider,” Hannestad said. “We are very grateful contributing to the team win as well as beating a doubles team of that caliber, we are looking forward to next weekends matches.”

“I think that the match on Saturday was very good for us because we needed it to start to turn the season around,” Aubone said. “And we knew that the best way to do that, was by winning the doubles point. And to win against a top-25 doubles team is such a good feeling for Benji and I because we have had a lot of ups and downs this season. So, beating a ranked team is going to give us the confidence to keep driving, as we know that we can compete with anyone.”

This marks the second ACC recognition for the pair this spring, as the duo previously won the award on Feb. 23 following back-to-back ACC wins over Georgia Tech and Clemson.

Up next, Miami will welcome Louisville to the Neil Schiff Tennis Center on March 26 at 3 p.m., before hosting Notre Dame on March 28 at 11 a.m.

“Franco and I have slowly gotten better and better as the season goes and we are hoping to keep up the momentum from the USF match for Louisville and Norte Dame,” Hannestad said. “I trust Franco fully on the court, he is a great doubles player with an exceptional understanding of the game. I’m just excited to go out and compete with him next to me.”