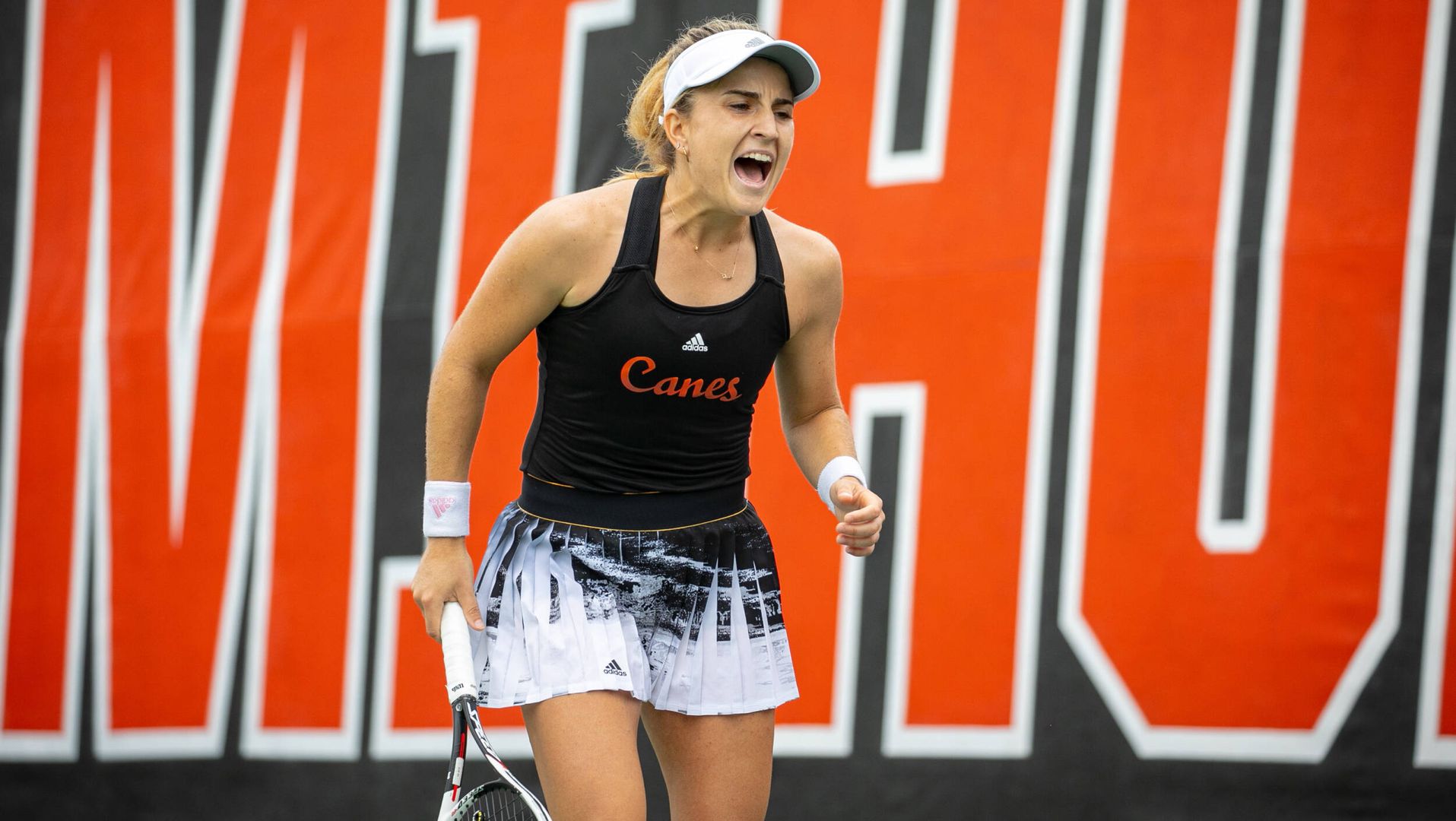 No. 34 Miami took the doubles point and staved off the Orange’s comeback bid during singles to come away with the road victory.

Syracuse (4-5, 1-2 ACC) got off to a fast start with a 6-0 doubles win from Viktoriya Kanapatskaya and Natalie Novotna over fifth-year senior Estela Perez-Somarriba and freshman Isabella Pfennig.

The Orange evened the score to begin singles play, as No. 121 Kanapatskaya defeated Pfennig, 6-3, 6-0, in a matchup of two of the ACC’s top newcomers.

Minutes later, though, second-ranked Perez-Somarriba put the Hurricanes back in front with a dominant 6-2, 6-0 win against No. 81 Yusupova. The Madrid native won the final 10 games of the match to log her 147th career singles victory, tying Duke’s Kathy Sell for fourth-most in ACC history.

Syracuse tied the score once again when Kozyreva broke at deuce in the 12th game of set two, earning a 6-4, 7-5 decision against No. 87 Achong.

Khodan continued her recent strong play by downing Ines Fonte, 7-6 (8-6), 6-0, cruising in the second set after eking out the first.

Tahan sealed the win for Miami, but it came in tense fashion. Her 5-3 third-set lead turned into 5-4 with a deuce point, but the Tel Mond, Israel, native held strong for a 3-6, 6-4, 6-4 comeback win over Ramirez.

With the win, the Hurricanes improved their all-time record against the Orange to a stellar 12-1.

Miami will be back on the court Sunday in Weymouth, Mass., where it squares off with Boston College at 10 a.m.