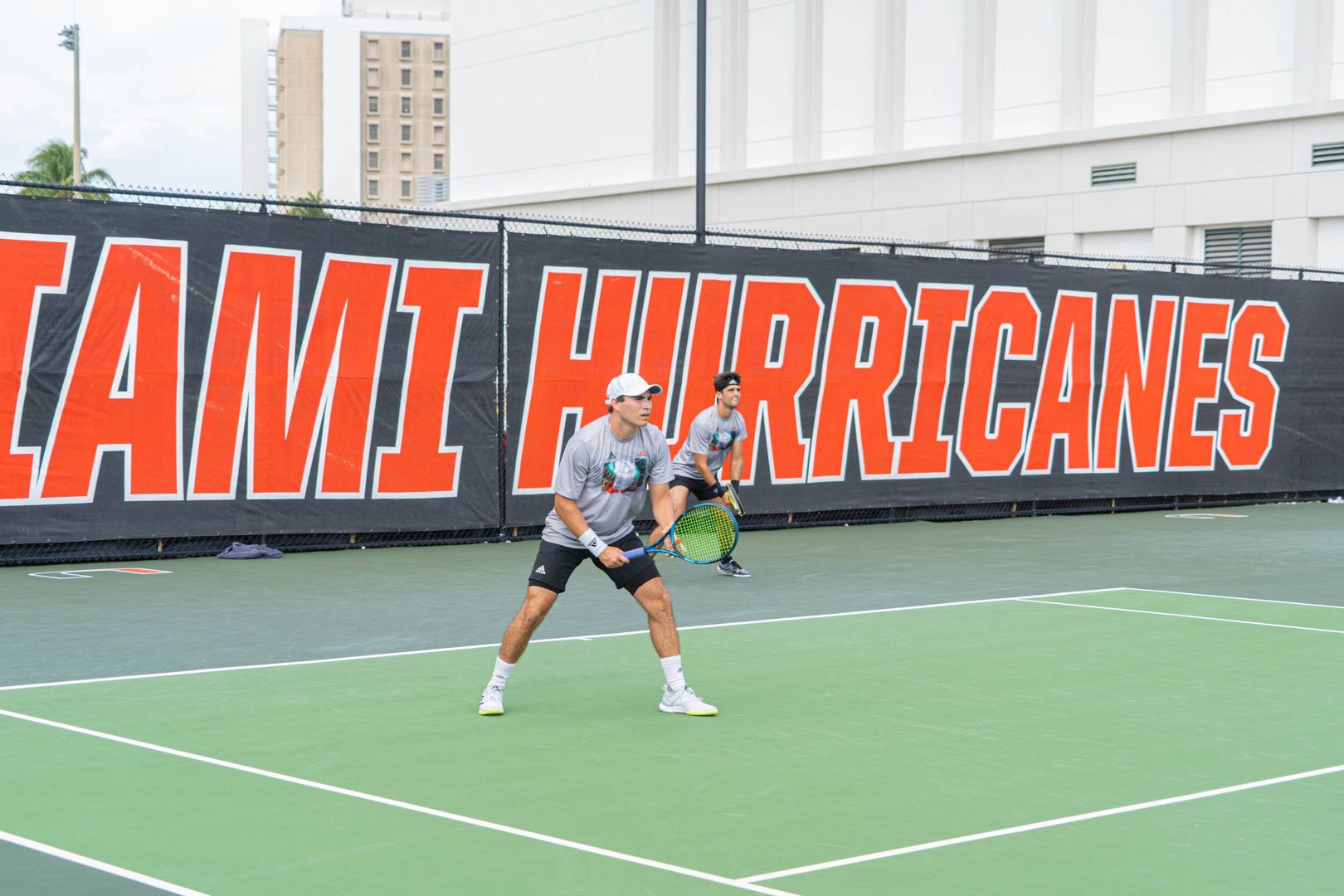 Taking it One Day at a Time

Fresh off of taking down a pair of ACC foes, Georgia Tech (6-1) and Clemson (4-3), to open the league slate a perfect 2-0, the Hurricanes once again are preparing to defend their home court against a talented FGCU squad.

With a week to prepare for its final home contest prior to a four-match conference road stretch, Miami is making sure not to look ahead in order to improve its 31-4 mark at the Neil Schiff Tennis Center since the start of the 2018 spring season.

“As a team we have been working on taking things a day at a time and really working hard on controllable factors as both a team and as players individually,” senior Stephen Madonia said. “The mindset going into FGCU is the same as every match, we are here to protect our home and give our very best as a team.”

“We are going to try and do the same thing [we did against Georgia Tech and Clemson],” junior Franco Aubone said. “We always want to defend our home court and make it extremely tough for our opponent. We take pride in our home record. Unfortunately, this year, we got beat by UCF to open the year, but we are starting to get back to our level of play at home and we just have to come out here and defend it. And from there, continue to build, bring the energy and work hard for every result.”

Miami’s only setback since the end of the 2019 campaign came in a back-and-forth affair against No. 19 UCF on Feb. 7.

Despite the match ending in a third-set battle on court 6, the doubles point clinched early on in the contest proved to make the difference in Miami’s 4-3 loss. Similar to the factor it played in the Canes’ 4-3 triumph over the Tigers on Sunday.

After falling in doubles through the opening three matches, the Hurricanes have recently regrouped and secured the point in each of the past two matches after making a switch at No. 3 doubles, pairing senior teammates Madonia and Bojan Jankulovski.

“The doubles improvement this last weekend has been great for us as it is always nice having that extra point on the board going into singles play,” Madonia said. “We put in some extra work on some finer details in doubles and it’s paying off for us.

“Boki and I are really close on and off the court so it is great that we are building a great connection as a doubles team right now, as we complement each other’s games well,” Madonia added. “It meant a lot for Boki and I to clinch the doubles point for our team last weekend, as the doubles point is always something you want to have. We are always working on having tons of energy and really making sure we can be solid for our team and to make sure our boys can hear us battling for them on every point.”

In addition to the pair of senior’s success, Miami’s top doubles pair and the nation’s 22nd-ranked duo has returned to form following a long break from competing alongside one another. Leading the charge for Miami, Aubone and Benjamin Hannestad capped the perfect conference week by earning ACC Doubles Team of the Week recognition.

“Doubles is about mastering minor details, especially in college when a match is only one set,” Hannestad said. “When the pandemic hit us in March, it left us with a long break from matches and finding the match rhythm hasn’t been easy for any tennis player out there. Franco and I, as well as the team, have been working on adjusting some minor details in our doubles games that has gotten us back on track. We didn’t start this season where we left off last year, however we are getting our experience back from every match we play and it feels good to be competing next to Franco again.”

On Saturday, Miami will look to build off its recent success, as they are set to take on the Eagles (0-4) at 1 p.m.

Live stats for the contest can be found HERE.