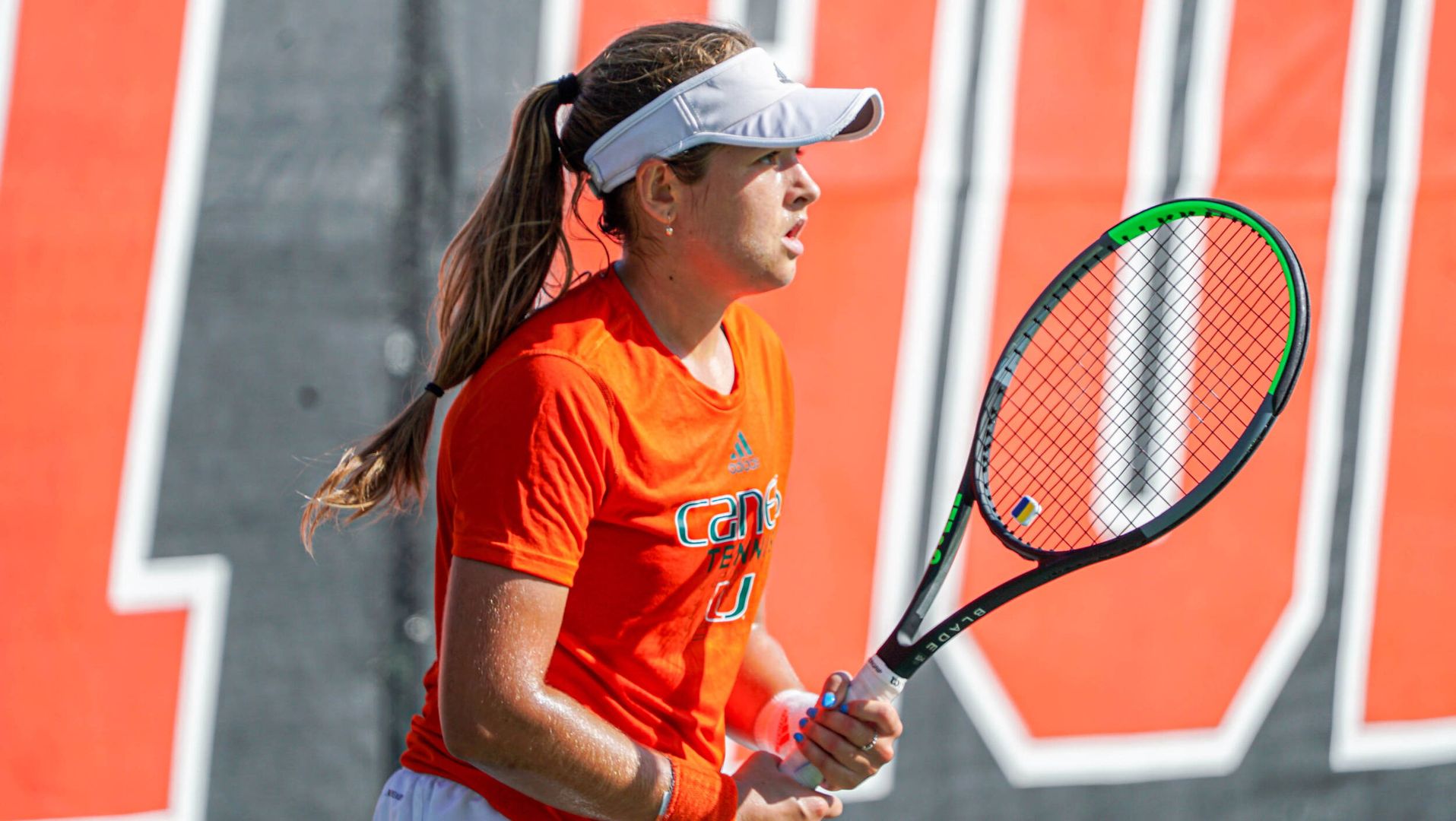 The Hurricanes won all six singles matches in straight sets to post the 150th shutout triumph of head coach Paige Yaroshuk-Tews’ 20-year tenure, including the 93rd since 2009.

“We rebounded well as a team today,” Miami head coach Paige Yaroshuk-Tews said. “A 7-0 win is never easy to come by in this conference and I’m happy we completed the road trip with everyone feeling pretty good.”

Miami (3-3, 1-1 ACC) struck first in doubles behind a dominant 6-1 victory from Estela Perez-Somarriba and Isabella Pfennig against Ali DeSpain and Mackenzy Middlebrooks. Minutes later, Clemson (4-5, 0-2 ACC) leveled the tally with a 6-3 win by Eleni Louka and Jenna Thompson over Daevenia Achong and Maya Tahan.

Attention then shifted to Court 3, where action was even at 4-4. The Hurricane duo of Diana Khodan and Florencia Urrutia took the final two games against Sophia Hatton and Cristina Mayorova to close out a 6-4 win and give Miami the opening point.

No. 87 Achong notched the opening singles victory, her first of the season, with a 6-2, 6-2 triumph over Mayorova.

Tahan upped the edge to 3-0 by defeating Hatton, 6-2, 6-3, and Pfennig sealed the deal moments later by finishing off a 6-3, 6-3 win over Thompson. For the former, it marked her debut spot at the No. 2 position, just four matches after playing at No. 6 for the Hurricanes.

The final three matches were all played out, with Khodan registering the next decision, a 7-5, 6-1 result versus Zaina Nait Omar.

Urritia followed that by topping DeSpain, 6-1, 6-2, and second-ranked Perez-Somarriba completed the sweep with a 7-5, 6-1 victory against Louka.

Sunday’s win marked Miami’s 20th in a row over the Tigers and upped its all-time series lead to 32-4, including 13-1 on the road.

The Hurricanes resume play Friday at noon when they host Wake Forest at the Neil Schiff Tennis Center in their first home match of the season.