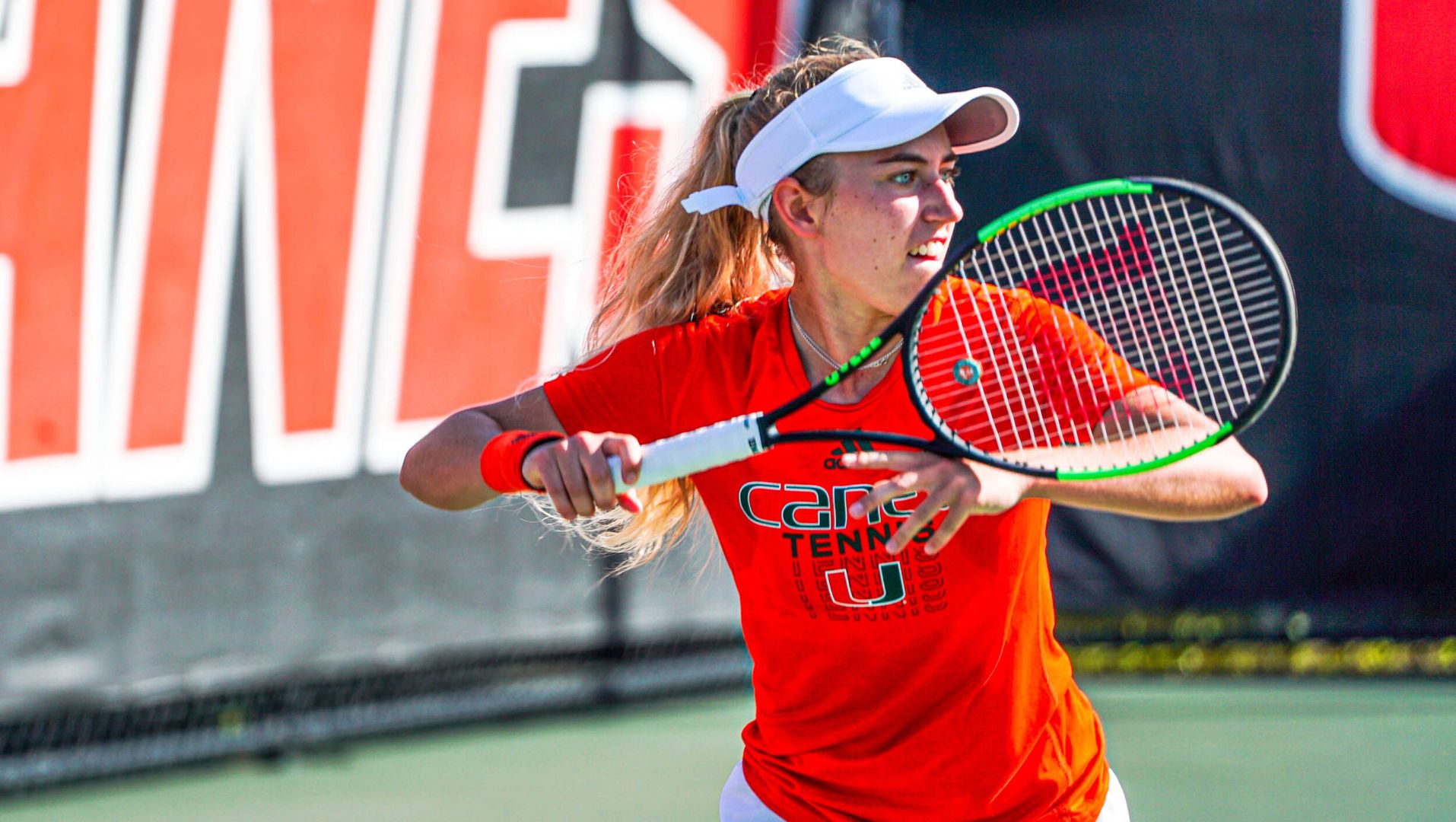 NASHVILLE, Tenn. – Facing a top-25 opponent from the SEC for the second day in a row, the University of Miami women’s tennis team dropped a 5-2 decision Saturday at No. 15 Vanderbilt.

Miami (2-1) dropped the first three points of the match inside the Currey Tennis Center and could not claw its way back, suffering its first setback of the 2021 campaign.

“We played a top-15 program today and they taught us some lessons in a few spots,” Miami head coach Paige Yaroshuk-Tews said. “We competed well, but there is a lot of improvement that must occur in order to take the next step.”

Vanderbilt (4-0) jumped out to an early lead with a strong doubles performance on its home court. First, Marcella Cruz and Emma Kurtz defeated sophomores Diana Khodan and Maya Tahan, 6-2. Anna Ross and Holly Staff followed that by posting a 6-1 decision against redshirt senior Estela Perez-Somarriba and sophomore Florencia Urrutia.

The remaining match was left unfinished with junior Daevenia Achong and freshman Isabella Pfenning in a 4-4 deadlock against Anessa Lee and Christina Rosca.

The Commodores added two more points to their total to begin singles play, behind straight-set wins by Ross and Staff. The former beat No. 87 Achong, 6-2, 6-3, and the latter downed Urrutia, 6-3, 6-3.

Second-ranked Perez-Somarriba got the Hurricanes on the board with an impressive victory over Kurtz, 6-3, 6-1.

Vanderbilt, however, quickly squashed any hopes of a Miami comeback when No. 20 Rosca completed a 6-4, 6-2 triumph over Tahan to seal the home win.

Both remaining matches were played out, with the first one going to the Hurricanes, as Pfennig registered a 7-5, 7-6 (7-2) victory over Lee to retain an unblemished singles ledger in her young career.

Cruz then closed out competition by recording a 6-1, 6-1 victory against Khodan, logging Vanderbilt’s fifth and final point.

With the defeat against the Commodores, Miami ends its trip to Nashville with a 1-1 mark, as it topped No. 23 Ole Miss Friday afternoon.

“We came away with one solid win this weekend and will learn from today,” Yaroshuk-Tews said.

The Hurricanes now have two weeks until its next match, which is scheduled for Feb. 13 at noon against No. 22 UCF in Orlando, Fla.