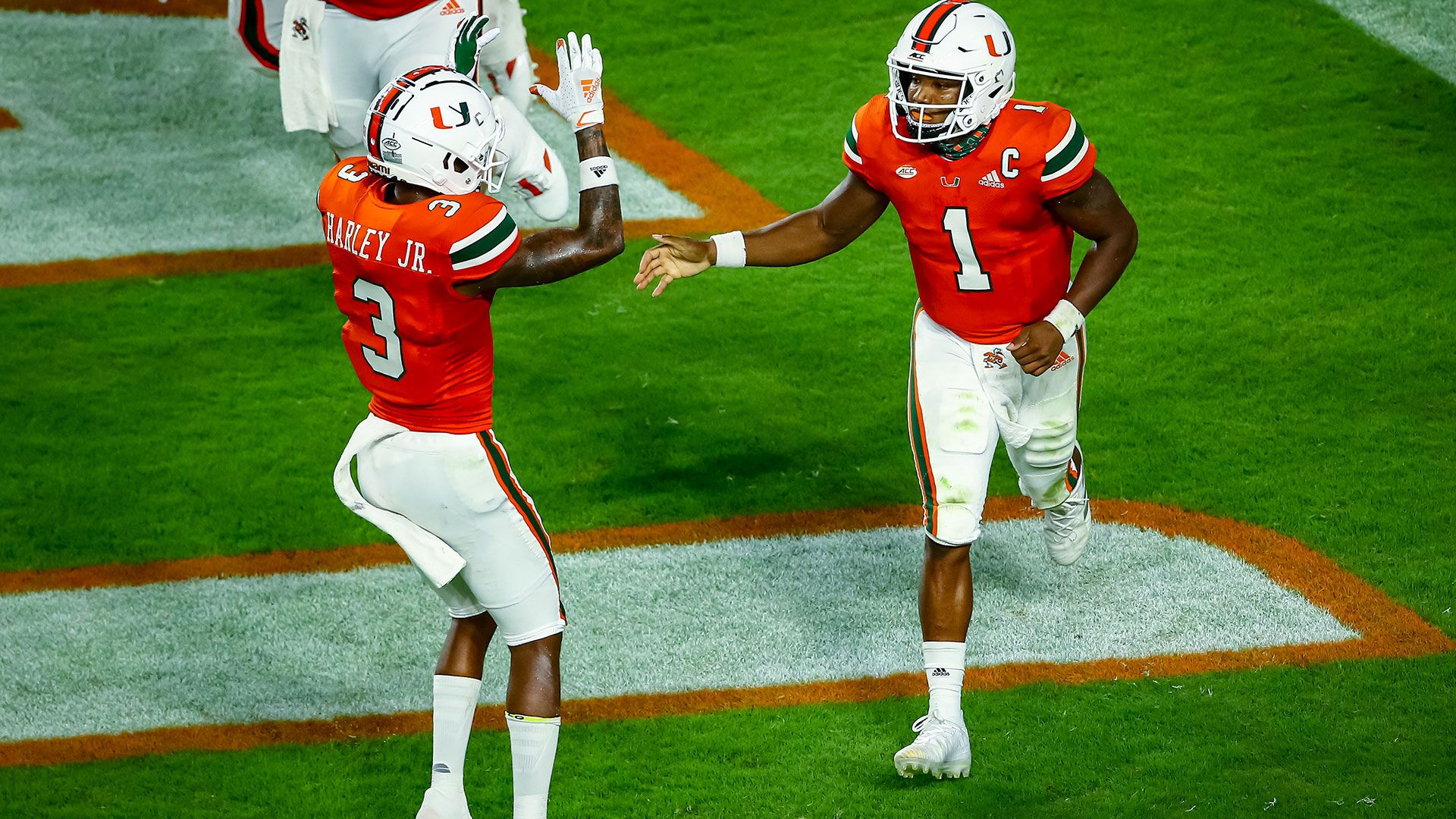 Hurricanes No. 10 in First CFP Rankings

CORAL GABLES, Fla. — The Miami Hurricanes football team checked in at No. 10 in the first College Football Playoff rankings of the fall released Tuesday night.

Miami’s appearance marks the program’s seventh time being ranked in the top 10 of the CFP rankings and first time since the final rankings of the 2017 season (Dec. 3, 2017). With Tuesday’s unveil by the selection committee, the Hurricanes are now ranked in the top 10 of every major poll, including a No. 9 ranking in the Amway Coaches’ Poll and a No. 10 ranking in the Associated Press top 25.

Miami’s highest ranking of the year in any poll was No. 7, which was attained in both the AP top 25 and coaches’ poll on Oct. 4.