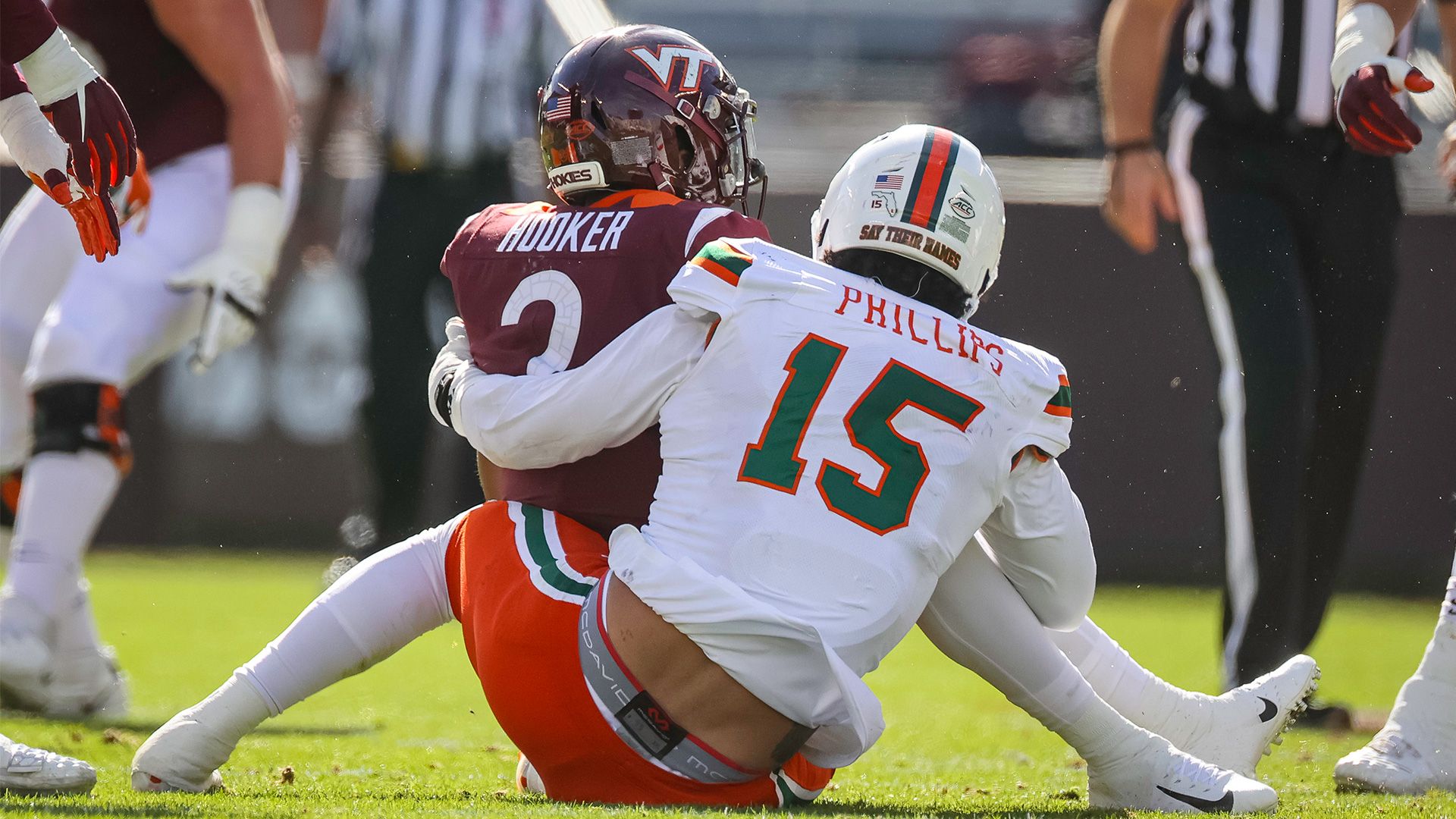 Lou Hedley (ACC Specialist of the Week) and Jaelan Phillips (ACC Defensive Lineman of the Week) were both honored by the conference.

A Ray Guy Award watch list selection, Hedley had one of the best outings of his Miami Hurricanes career in the victory. Hedley averaged 52.4 yards on his seven punts and dropped three of those punts inside the Hokies’ 20-yard line. He had a long punt of 58 yards and all but one of his seven punts went at least 50 yards – with the lone exception being a 49-yard boot.

A week after terrorizing the NC State offensive line, Phillips delivered another dominant outing in Miami’s win. Phillips tied for the team lead with eight total tackles, including a career-best 4.5 tackles for loss to go along with a career-high 2.5 sacks. Phillips’ 4.5 tackles for loss were the most by a Hurricane in any game this season and the second-most by any Hurricane since Manny Diaz’s arrival as defensive coordinator to Miami in 2016.

The honor was the second this season for both Hedley and Phillips. Miami has had at least one player honored after each of its games this season.