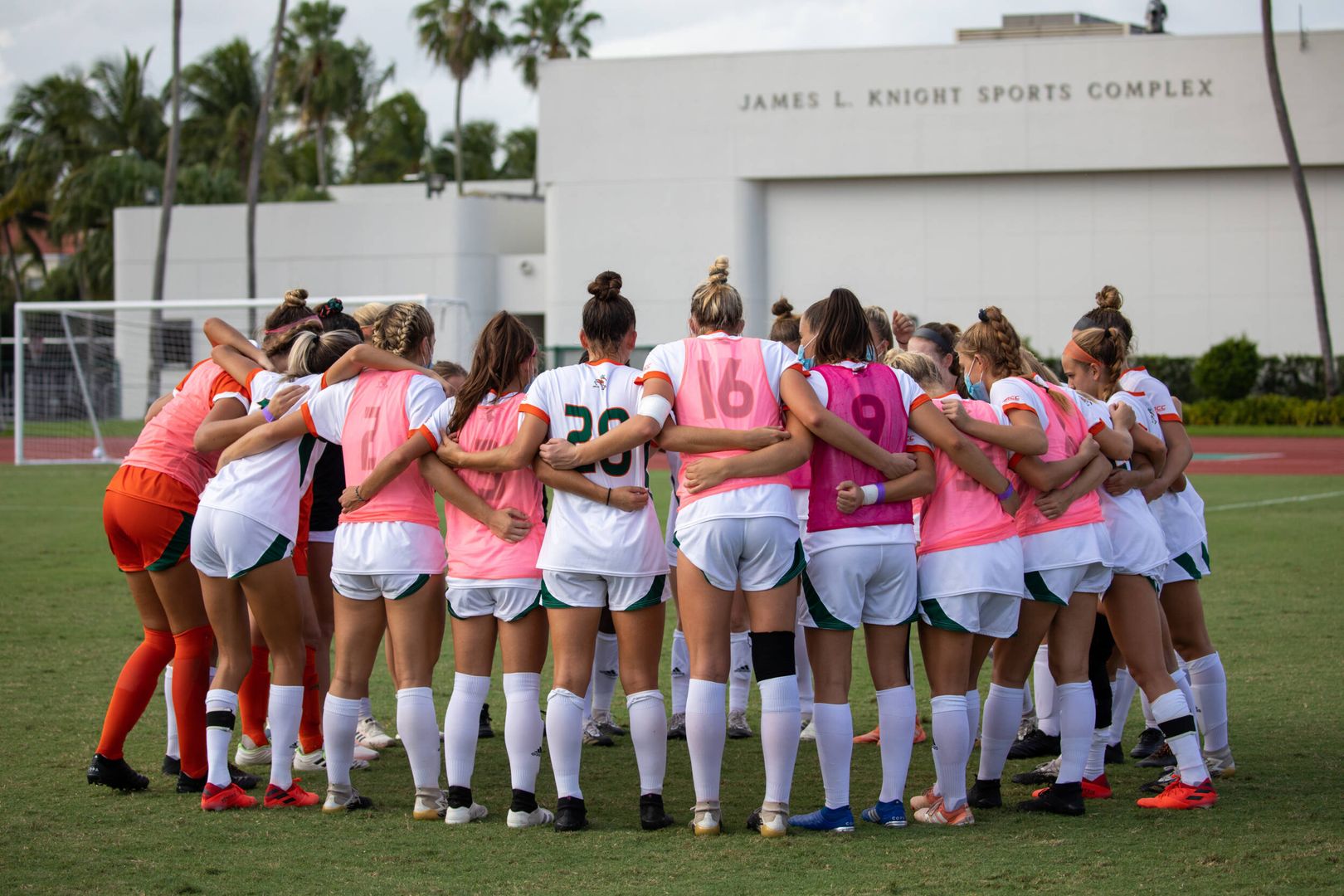 Miami Falls Against No. 5 Duke

CORAL GABLES, Fla. – In the 2020 fall finale, the University of Miami soccer team battled to the very end but ultimately came up short against fifth-ranked Duke, 3-1, Sunday afternoon at Cobb Stadium.

“I thought the team improved tremendously throughout the course of the season,” Miami head coach Sarah Barnes said. “Obviously, we knew it would be difficult, given the pandemic and our youth, but I am really excited about the future of the program. Obviously, a big thank you to our seniors who have finished this semester, Lexi [Castellano-Mugica] and Morgan [Asmussen] for their effort and energy that they have poured into the program, throughout their time at Miami. We are excited of the possibility of a spring season and pleased to have Michelle [Giamportone] and Tia [Dupont] back to help us continue to grow and build the program.”

As both team’s looked to gain possession early in the match, it was the Blue Devils who struck first in the 10th minute. Marykate McGuire connected with Olivia Migili to give Duke the early 1-0 advantage.

Five minutes later, Duke doubled its lead when Tess Boade found the back of the net following a deflection.

Looking to get an attack of its own going in the 20th minute, Miami’s senior forward Dupont sent a cross into the box toward freshman forward Michaela Baker’s right foot, but the shot missed just high of the net.

Off a corner in the 34th minute, Selena Fortich connected on a cross from Dupont, but the junior defender’s attempt was saved by Ruthie Jones.

Looking to gain momentum out of the locker room, the Hurricanes got off to a blazing second-half start when Giamportone connected with Jackie Koerwitz, as the redshirt freshman midfielder headed it home to cut the deficit in half.

The goal marked the first of Koerwitz’s career, while Giamportone earned her second assist of the year.

The Blue Devil’s then countered with a goal of their own in the 48th minute as junior goalkeeper Tyler Speaks made an incredible diving save to reject a shot by McGurie, but Migli was in position to give Duke the 3-1 lead.

Overall, the match concluded the 2020 campaign for the Hurricanes, who now await the possibility of a spring season.

A season with so many unknowns, as the world continues to deal with the ongoing COVID-19 pandemic, Barnes is thankful for the opportunity granted to her program this season.

“It is a credit to our University, athletic directors and the players that we were able to have this season during the pandemic,” Barnes said. “I have been impressed with the responsibility shown and sacrifices made by our players throughout the entire season.”