A redshirt senior kicker on the football team, Borregales has been nearly perfect in his first season as a Hurricane. Through six games, the Miami native has connected on 10-of-11 field goal attempts, while remaining perfect and hitting on all 22 extra points. Most notably, he was named ACC Specialist of the Week after a standout performance at Louisville on Sept. 19, finishing 4-for-4 on field goals and tying the program record with a 57-yard field goal.

Prior to Miami, he redshirted his freshman year with FIU, before serving as the starting kicker the next three years (2017-2019). Overall, he capped his career as the Panther’s all-time leading scorer with 281 points. In the classroom, Borregales is pursuing a master’s in liberal studies and boasts a perfect 4.0 GPA. 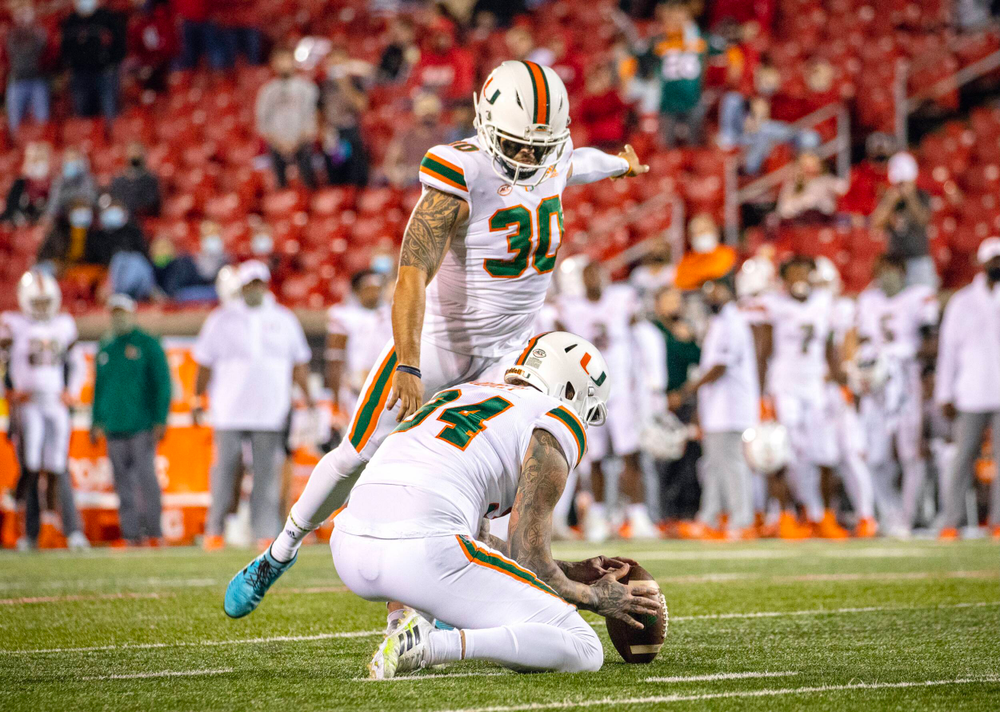 Anchoring the Hurricanes back line, Fortich has only left the pitch for a total of 54 minutes over the past 23 matches for the Hurricanes, while notching two goals and a match-winner over the span. A junior center-back on the soccer team, she made an immediate contribution for the Hurricanes in 2018, appearing in 29 out of a possible 30 matches, with 28 starts. The Glen Head, N.Y., native boasts a near flawless 3.923 GPA through six semesters, while pursuing a double major in political science and criminology. 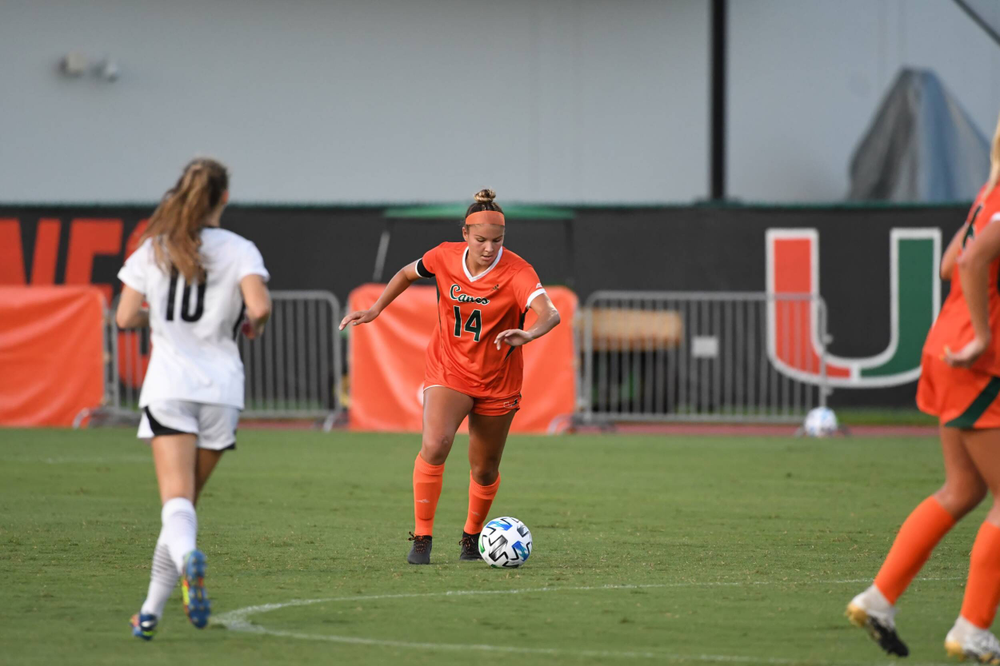 A junior on the rowing team, Hansen has accumulated seven top-five finishes on the water, competing for the Varsity 8. A part of the Varsity 8 unit that placed second with a time of 6:35:269 at the Lake Wheeler Invitational, she later helped the team match that performance in the Petite Final at the final race of the 2019 season.

The Copenhagen, Denmark, native has mustered an impressive 3.69 GPA since stepping foot on campus, while pursuing a degree in economics. Alongside her teammates, she has helped better the community by taking part in a pair of beach cleanups. 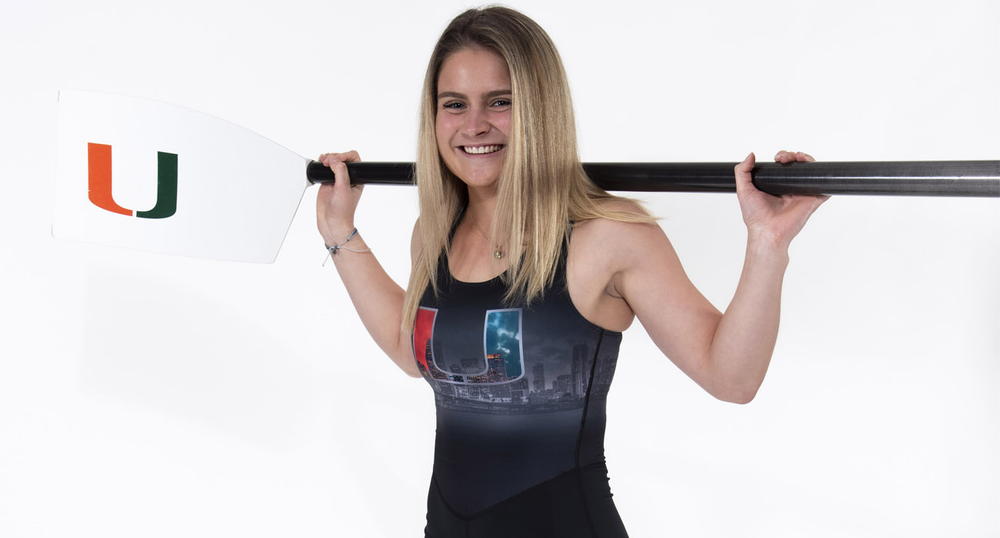 Named one of four team captains prior to the start of the 2020 campaign, King has helped lead the No. 12/12 Miami football team to a 5-1 record. Making plays through the air and on the ground, King has charged the Hurricanes high-octane offense with 1,702 total yards (1,401 passing, 301 rushing) and 13 touchdowns (11 passing, two rushing), while completing 61.2 percent (112-for-183) of his pass attempts. The redshirt senior garnered back-to-back ACC Quarterback of the Week accolades following dominant performances against Louisville and Florida State, while also being named Maxwell Award Player of the Week, Manning Award Star of the Week, Davey O’Brien “Great 8” and Earl Campbell Award Player of the Week for performance versus the Cardinals.

Prior to Miami, the Manvel, Texas, native charged the Houston offensive attack with historic numbers in 2018, setting The American Athletic Conference touchdowns responsible for in a season record with 50. Overall, he delivered a dominant career at Houston, finishing with 78 total touchdowns (50 passing, 28 rushing), 4,925 passing yards and 1,421 rushing yards despite starting just 22 games. In the classroom, King is equally as impressive with a 3.9 cumulative GPA, while pursuing a master’s in liberal studies. 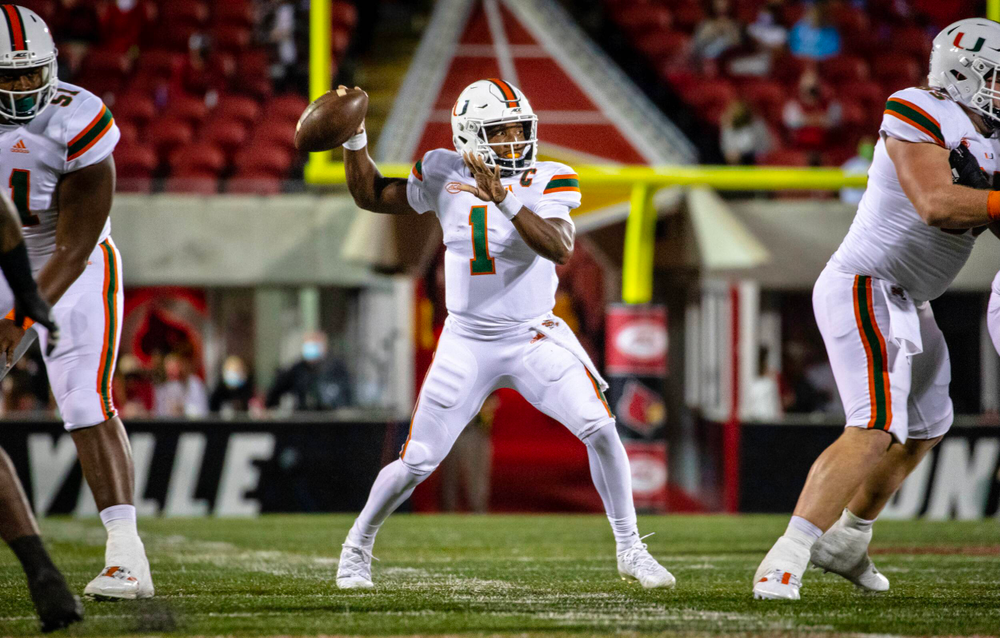 Prior to the 2020 spring season being cancelled due to the ongoing COVID-19 pandemic, Kuligowski capped the year helping lead the top Varsity 8 unit at the Rivanna Romp with a time of 14:50.8. Earlier in the year she placed second as part of the second varsity eight boat at the Head of the Indian Creek with a time of 14:37.48. In 2019, she capped a successful first-year placing second at ACCs in the petite final, rowing with the top Varsity 8 boat. In the classroom, the Great Falls, Va., native is working toward a double major in marine science and geological science, while boasting a 3.883 GPA. Alongside her teammates, she has helped better the community by taking part in a pair of beach cleanups. 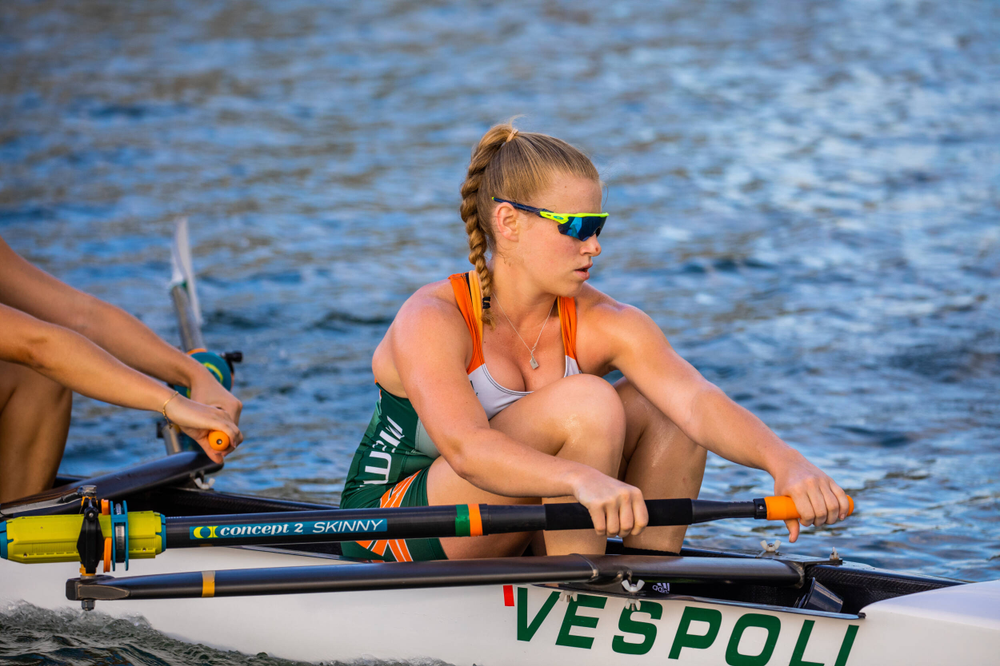 Transferring from Miami from UCLA, Phillips has been a disruptive force on Miami’s defensive line in his first eligible season as a Hurricane. The redshirt junior has accounted for 4.5 tackles for loss, 19 total tackles, a sack and an interception through the first six contests. He wore the Turnover Chain for the first time in Miami’s historic victory over rival Florida State on Sept. 26, following a first-half interception.

Prior to Miami, the Redlands, Calif., native boasted 41 tackles, eight tackles for a loss and 4.5 sacks with the Bruins. Academically, he boasts a 3.822 cumulative GPA while pursuing a major in motion pictures production. In the community, Phillips has donated clothes through the Miami Rescue Mission and volunteered at the Coral Gables Fire Department Toy Drive and The Barnyard. 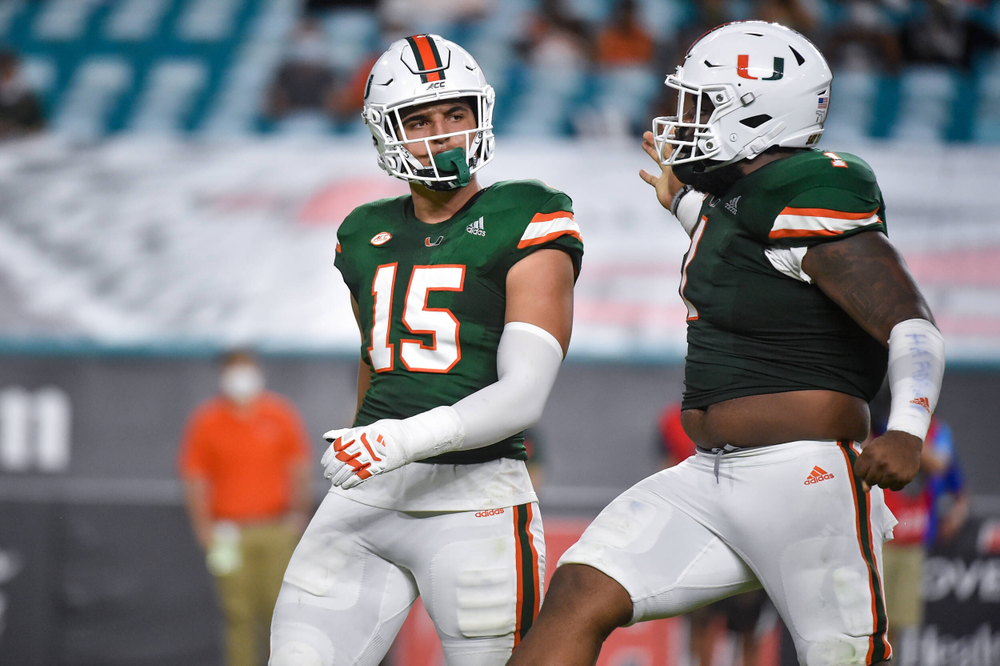 A junior coxswain for the UM rowing program, Schwenger has played a major role through her first two seasons as a Hurricane. Most noteably, she helped her unit take home first in the 1v8+ regatta with a time of 14:37.05. Overall, she has earned eight top-three finishes since stepping foot on campus.

Away from the water, the Plymouth Meeting, Pa., native has been a tremendous leader in both the community and the classroom, maintaining a perfect 4.0 GPA, while juggling a double major in elementary and special education. In the community she has volunteered at the Holtz Children’s Hospital, participated in a beach cleanup, regularly assists at the Barnyard Aftercare Program and was a pen-pal writer for local elementary school students. 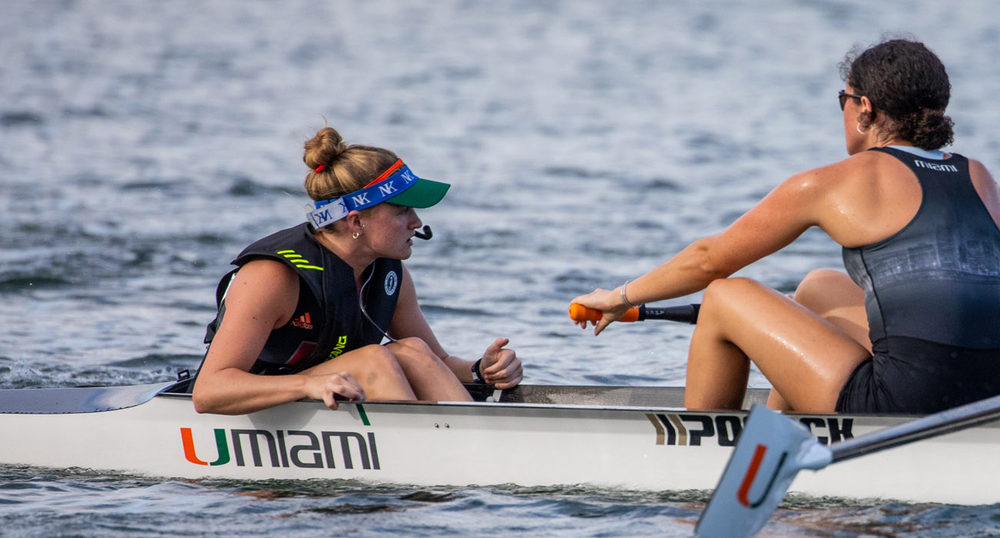 A vocal leader in net for the UM soccer team, Speaks has anchored the goalkeeper position, earning the start in all seven matches in 2020. With 21 starts out of a possible 23 since the 2019 campaign kicked off, Speaks has logged 1,814 minutes in net and corralled 96 saves.

The Dunwoody, Ga., native represents the University of Miami prominently as a scholar majoring in Psychology, Criminology and Spanish. She has excelled in a rigorous course load, maintaining a 3.896 cumulative GPA. 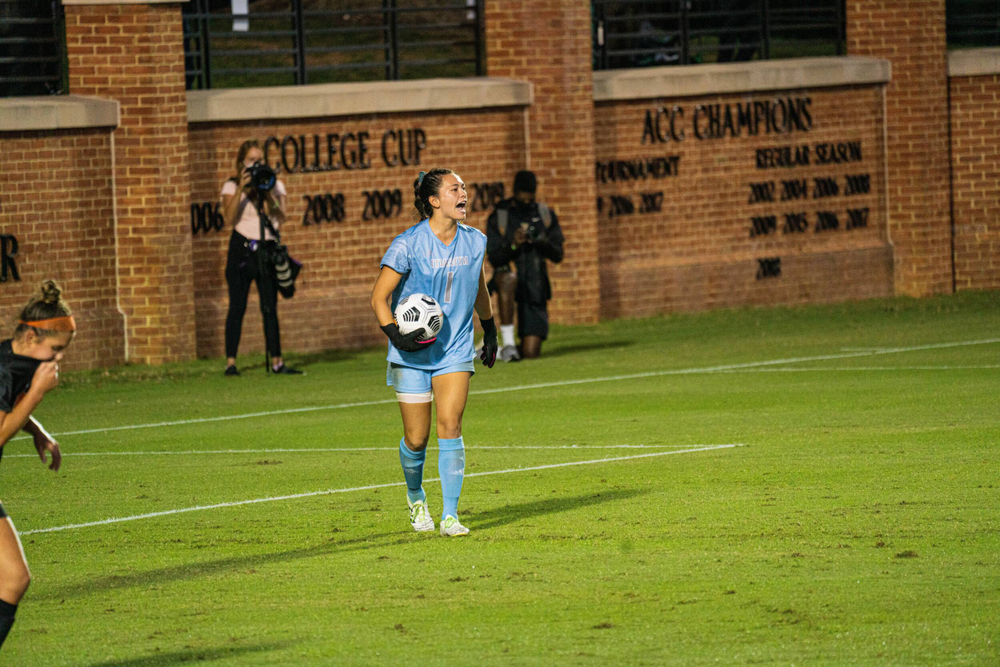 A junior on the rowing team, Stickley has been a key contributor to the success of the Varsity 8 unit with nine top-five finishes since the start of the 2018-19 campaign. In the classroom, the Egg Harbor Township, N.J., native is working toward protecting aquatic life while pursuing a degree in marine science and maintaining a 3.85 cumulative GPA. 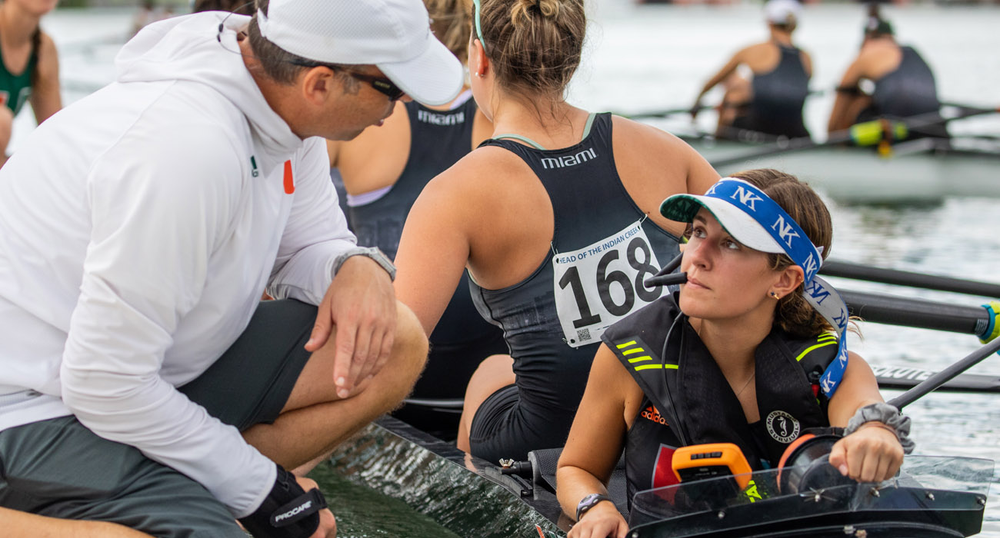