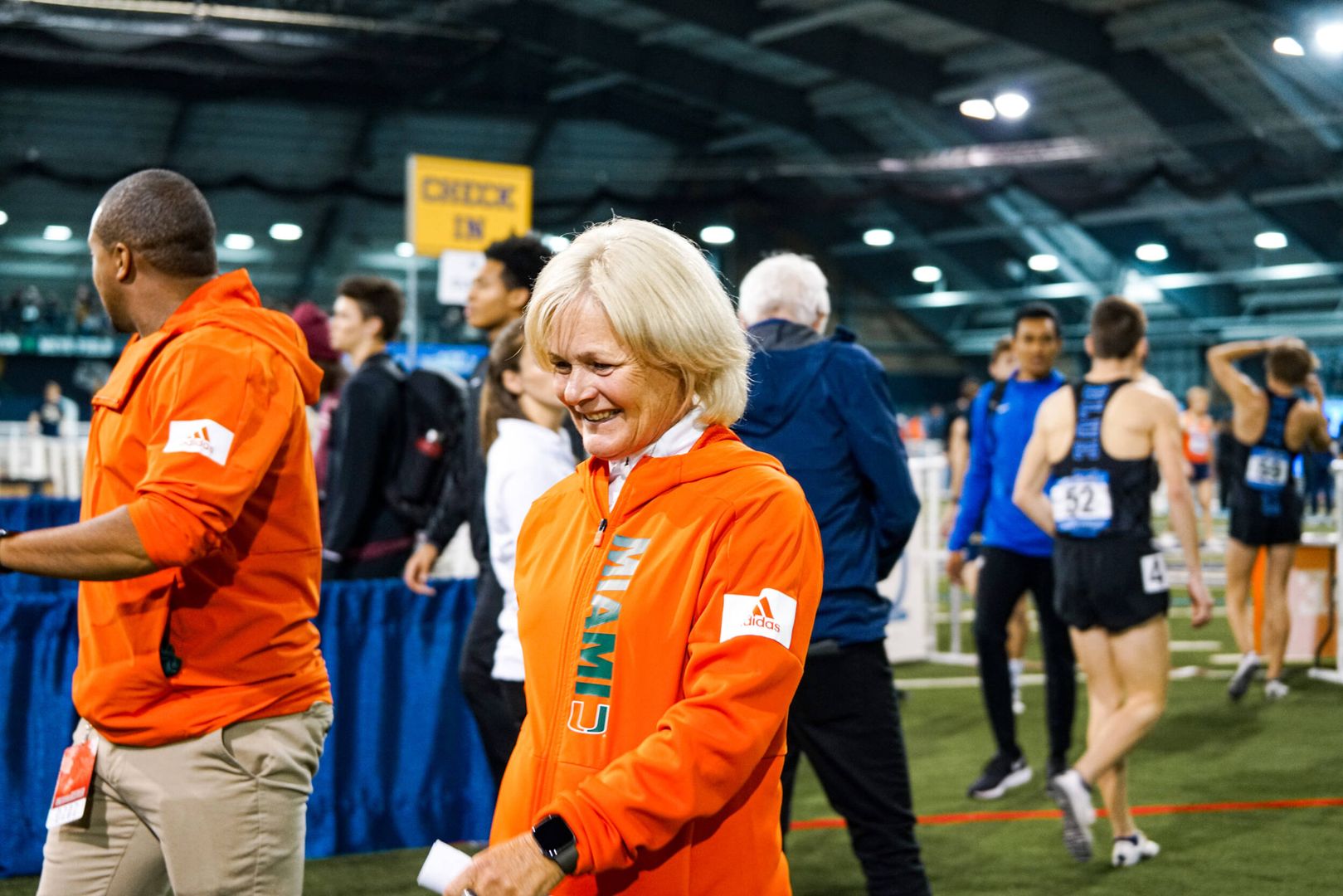 Deem Does It Again With New Canes

CORAL GABLES, Fla. – Amy Deem and her staff have done it again for Miami track and field.

With another top-notch group of student-athletes making their way to Coral Gables, The U will once again be on everyone’s radar next season.

With 11 new faces – seven women and four men – the Canes’ newest signing class features athletes from all across the United States, Canada and Spain.

Miami’s touted women’s team will add Las Vegas native Kennedy Brace, a top 400m and 800m runner. The Canes have produced some of the top products in the track world in the 400m event, including two NCAA indoor national champions in Krista Simkins and Shakima Wimbley and 2019 ACC Champion Brittny Ellis. Brace boasts a top time of 54.82 seconds in the event.

Brace will be joined by Krystalann Bechard, a stellar 200m and 400m athlete out of Windsor, Ont., Canada. Bechard earned a silver medal at the North American, Central American and Caribbean Athletic Association (NACAC) Championships in the 400m with her time of 54.13 seconds, but boasts a personal-best of 53.83.

Blanca Hervás, hailing from Madrid, will also join Brace and Bechard in the 400m squad. Hervás’ personal-best time in the event is 53.87 seconds. She joins current Miami men’s thrower Kevin Arreaga as the only two Spaniards on the 2021 roster.

Rounding out the women’s 400m group is Moriah Oliveira from Fort Myers, Fla. In 2019, Oliveira ran her fastest 400m time at 53.70 seconds at the FHSAA Outdoor State Finals, finishing second. Oliveira’s twin sister, Sierra, will also join the Canes as an 800m, miler and 1500m runner, helping build Miami’s middle-distance squad. Sierra will join Brace and current Miami star Kayla Johnson in the 800m group. As a junior, Sierra was ranked seventh in the 800m in the state of Florida and boasts a personal-best time of 2:11.04 in the event.

Rounding out the women’s signing class is Ashley Moore out of Las Vegas. Moore is the back-to-back Gatorade Nevada Female Track and Field Athlete of the Year. She holds the top marks in the state in the long jump (5.79m), triple jump (12.73m) and 100m dash (12.40). Her long jump and triple jump numbers ranked 15th and second, respectively, in the nation. 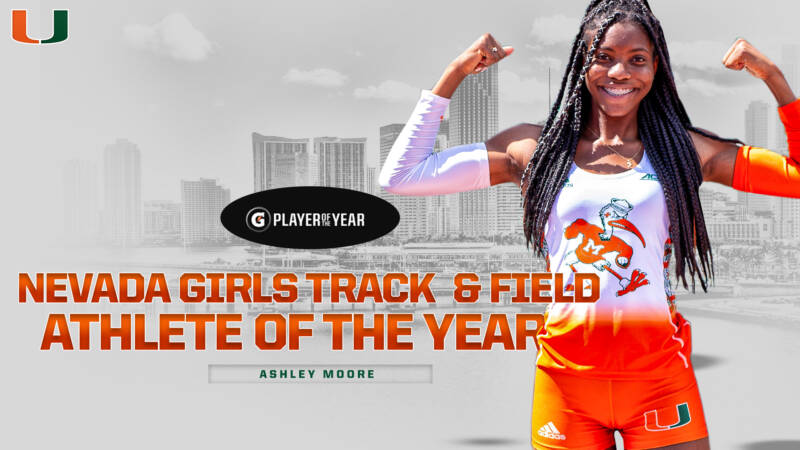 On the men’s side, Isaiah Holmes will join the Canes as a graduate transfer from UCLA. Holmes was an eight-time Pac-12/Mountain Pacific Sports Federation conference scorer and a two-time Pac-12/MPSF conference champion in the high jump and long jump. Holmes was also named the 2017 Pac-12 Field Athlete and Freshman of the Year.

Three top sprinters will also join the Canes men’s squad. Ramy Berberena will compete in both the 400m dash and the 400m hurdles. The New Brunswick, N.J., native, boasts the fifth-fastest high school time in the U.S. in the hurdles at 51.66 seconds and finished as the runner-up at the 2019 New Balance Championships in the same event.

Ryler Gould out of New Windsor, N.Y., will compete in the same events as Berberena, bringing a personal-best time of 48.16 seconds in the 400m dash. His time of 51.81 in the 400m hurdles ranks second in the state of New York and seventh nationally.

The final signee joining the Canes is Solomon Strader, a 400m and 600m runner out of Valencia, Calif. Strader will join current Miami runners McKinly Brown and Davonte Fuller in the events, bringing a top time of 1:20.98 in the 600m and an outdoor personal-best time of 46.59 seconds in the 400m, which ranks as the 11th-fastest time in the U.S. Strader also boasts the second-fastest 200m time in California at 21.45 seconds.