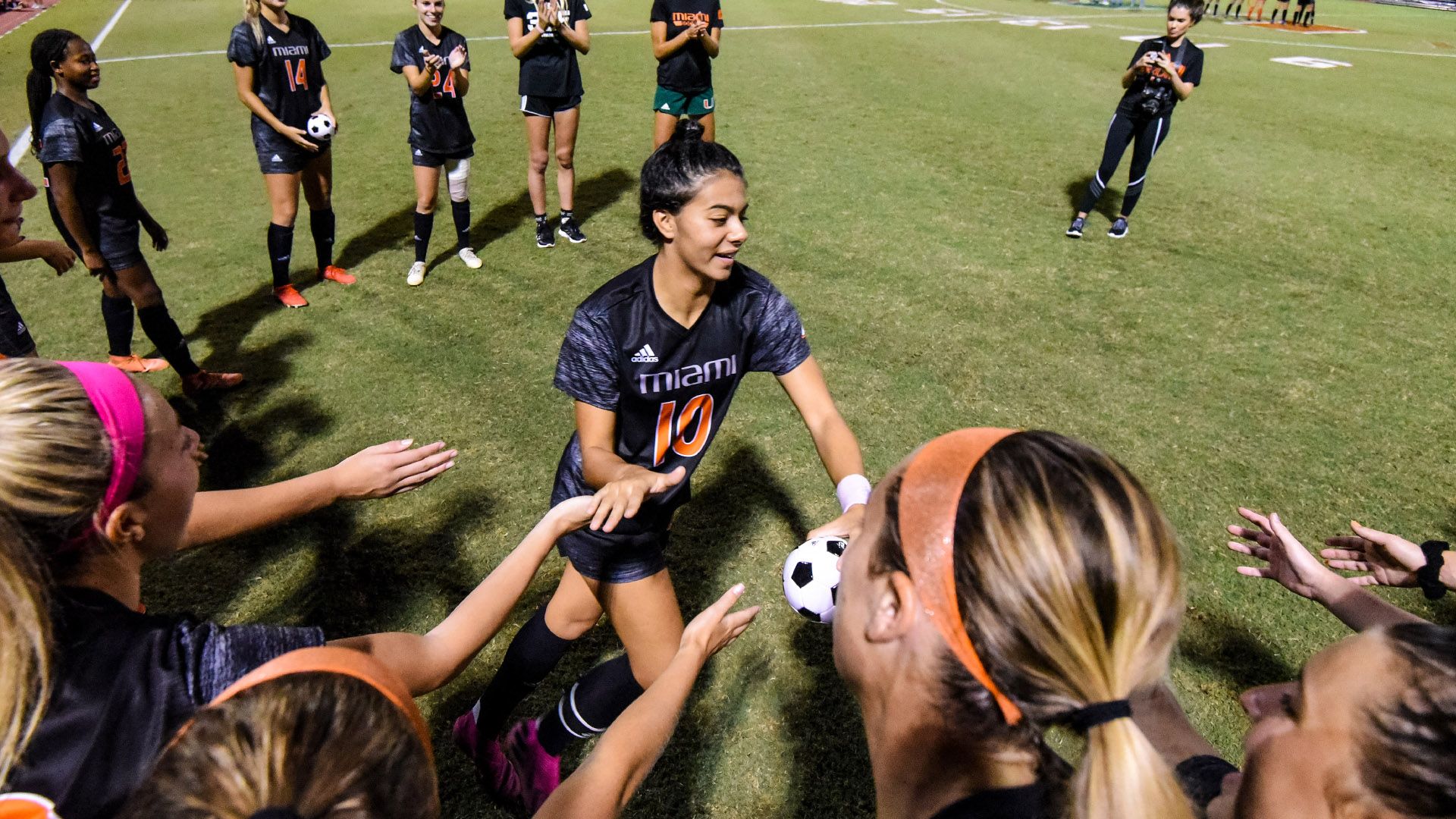 Ellis, Fisher Among NCAA Woman of the Year Nominees

CORAL GABLES, Fla. — Two Miami Hurricanes were among those female college athletes nominated for the 2020 NCAA Woman of the Year Award, it was announced Tuesday.

Rooted in Title IX, the NCAA Woman of the Year Award was established in 1991 to recognize graduating female student-athletes who have exhausted their eligibility and distinguished themselves in academics, athletics, service and leadership throughout their collegiate careers.

Ellis will end her career as one of the most successful track & field student-athletes in Miami history, both on and off the track. Ellis, a stellar 400m runner, finished her illustrious career with three ACC Indoor Championship gold medals. She added two silver indoor medals and three silver medals at the ACC Outdoor Championships, including four ACC Team Titles to her name. The Gurnee, Ill., native is a two-time USTFCCCA Honorable Mention All-American and a two-time USTFCCCA All-American second-team selection. Ellis has also left her mark in the UM record books, with the fourth-fastest 400m indoor time in school history and a member of two 4×400 times that rank in the top five. She also added the fourth-fastest time in the outdoor 400m and is part of Miami’s second-fastest time ever in the 4×4 relay.

Ellis has also accomplished plenty off of the track, including several academic honors. She is a five-time All-ACC Academic Team member and a two-time USTFCCCA All-Academic team honoree. Ellis has been inducted into Miami’s highest honor society, Iron Arrow, and is a member of the Omicron Delta Kappa Fraternity. Ellis graduated with her bachelor’s degree in nursing and is earning her masters in health informatics, and was also one of the 2020 NCAA Post Graduate Scholarships recipients.

Earning the start in all 69 possible matches over the course of her illustrious career, Fisher capped her senior season ranked among the top-10 in UM history in a trio of categories. The Jupiter, Fla., native ranked second with 17 assists, third with 154 shots and tied for fourth with six match-winning goals, as well as just outside the top-10 with 12 goals (tied for 11th) and 41 points (tied for 11th).

A two-time alumna of the U, Fisher graduated with a Bachelor of Business Administration degree in finance in May 2019 and completed an accelerated MBA program this past December.  Fisher completed both degrees with a cumulative GPA of 3.8 and was named to the ACC All-Academic Team in 2016, the ACC Academic Honor Roll all four years and was inducted in the Omicron Delta Kappa (ODK) National Leadership Society in 2019.

Member schools are encouraged to honor their top graduating female college athletes each year by submitting their names for consideration for the Woman of the Year Award. Schools can recognize two nominees if at least one is a woman of color or international student-athlete.

Conference offices will select up to two nominees each from their pool of member school nominees. All nominees who compete in a sport not sponsored by their school’s primary conference, as well as associate conference nominees and independent nominees, will be considered by a selection committee. Then, the Woman of the Year selection committee, made up of representatives from the NCAA membership, will choose the Top 30 honorees — 10 from each division.

From the Top 30, the Woman of the Year selection committee will determine the top three honorees in each division and announce nine finalists. The NCAA Committee on Women’s Athletics then will choose the 2020 NCAA Woman of the Year, who will be named this fall.