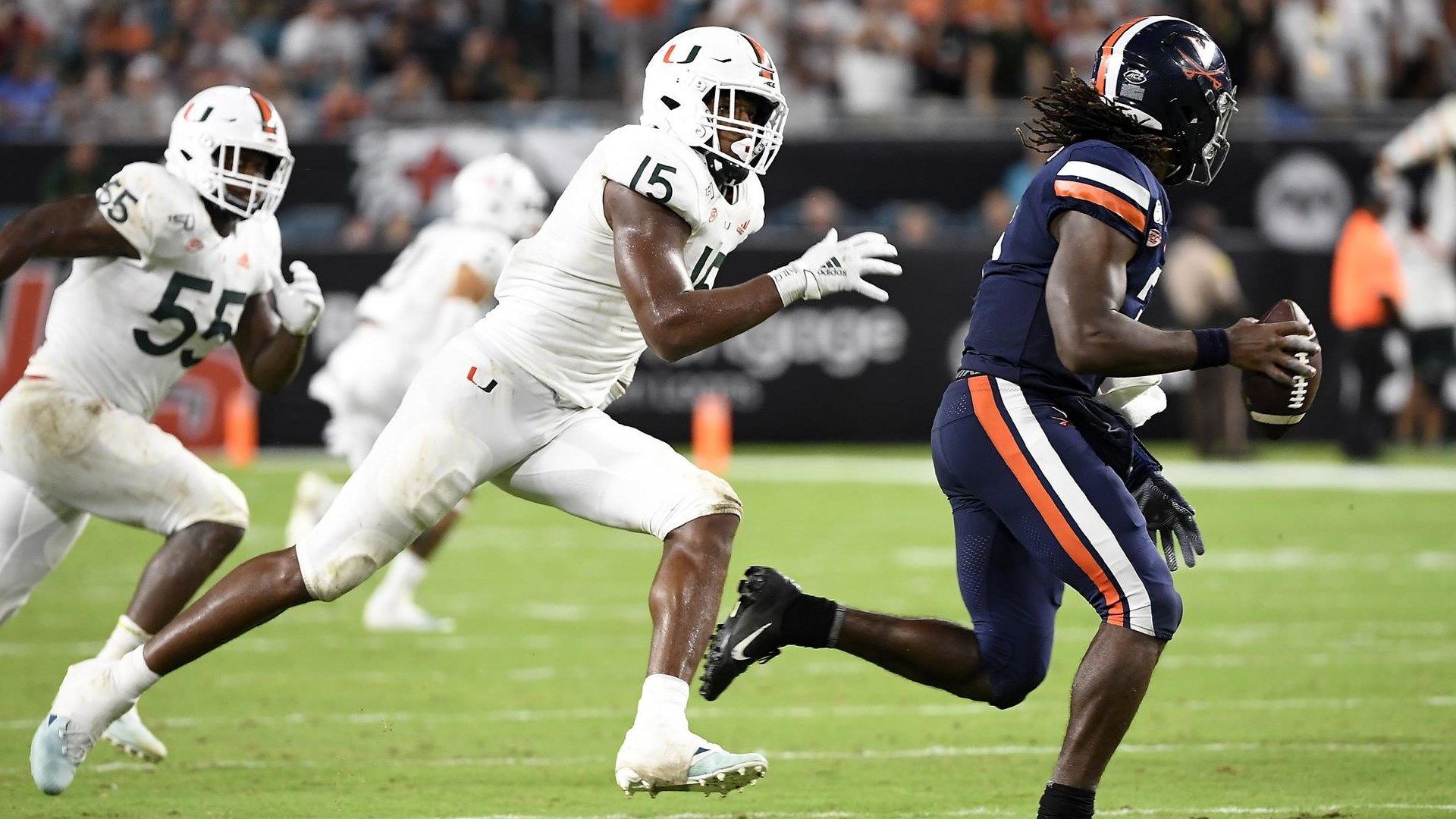 Redshirt sophomore Greg Rousseau and redshirt senior Quincy Roche were both selected as players to watch for the award, last won by a Miami Hurricane in 2000 by linebacker Dan Morgan.

In a breakout redshirt freshman season, Rousseau was named 2019 ACC Defensive Rookie of the Year and to the 2019 All-ACC First Team. Rousseau led the ACC in sacks (15.5) and tackles for loss (19.5), ranking No. 2 nationally in sacks and tied for No. 9 in TFLs. Rousseau’s sack total tied the second-best mark in a single season in Miami history, and he became only the second Hurricane ever to win ACC Defensive Rookie of the Year.

After a dominant career with the Temple Owls, Roche transferred to Miami for his final season of eligibility. Roche racked up 137 total tackles, 39.5 tackles for loss and 26 sacks in his career, and ranked No. 5 in sacks (13.0) and No. 11 in TFLs (19.0) a year ago. Roche was selected as American Athletic Conference Defensive Player of the Year in his final season with the Owls, and he finished his career with seven PBUs, six forced fumbles and three blocked kicks.

The winner of the 2020 Bednarik Awards will be announced as part of the ESPN Home Depot College Football Awards Show held on December 10, 2020. The formal presentations of these awards will be made at the Maxwell Football Club Awards Gala hosted by Tropicana Hotel &Casino Atlantic City on March 12, 2021.