Breaking It Down Off the Pitch: Chaviers with a Well-Timed Tackle

Returning to the defensive side of the pitch assistant coach Jeremy Williams is back with junior defender Selena Fortich to go over a well-timed slide tackle by former defender Bayleigh Chaviers.

In the counter attack situation against Stetson’s Erin McRae, Chaviers makes sure to not over pursue the defensive slow down by holding her position to force McRae down the sideline.

Once McRae looks to make a move, Chaviers sprints down the ball and makes a well-timed tackle to prevent the goal-scoring opportunity.

Following the defensive stop, the Hurricanes closed out the match with four goals and defeated the Hatters, 4-0.

This video breakdown is the sixth and final video piece set to be released in a lead up to the 2020 campaign. 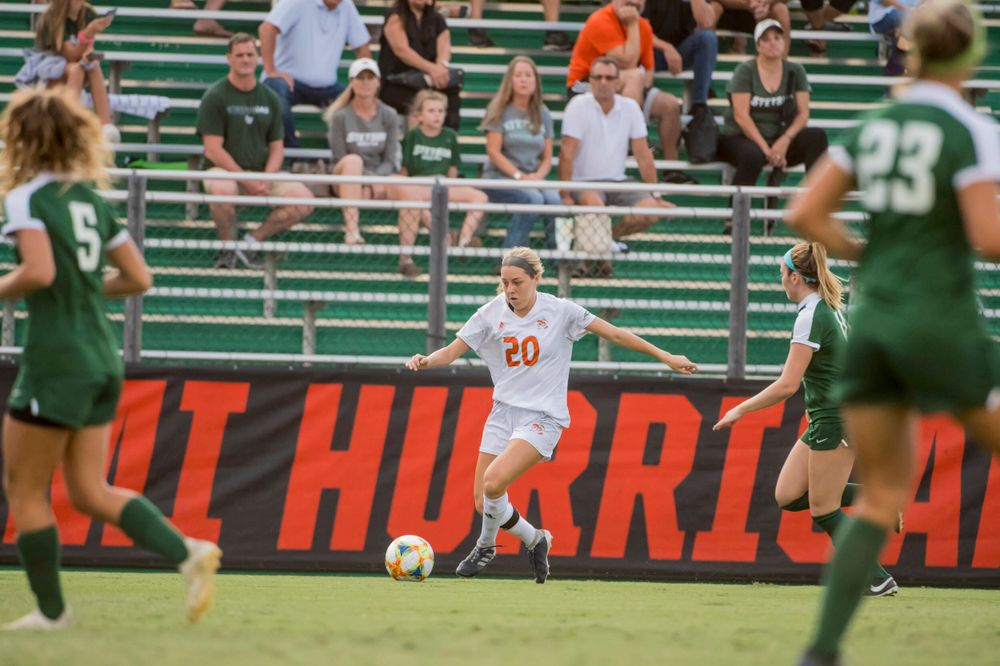