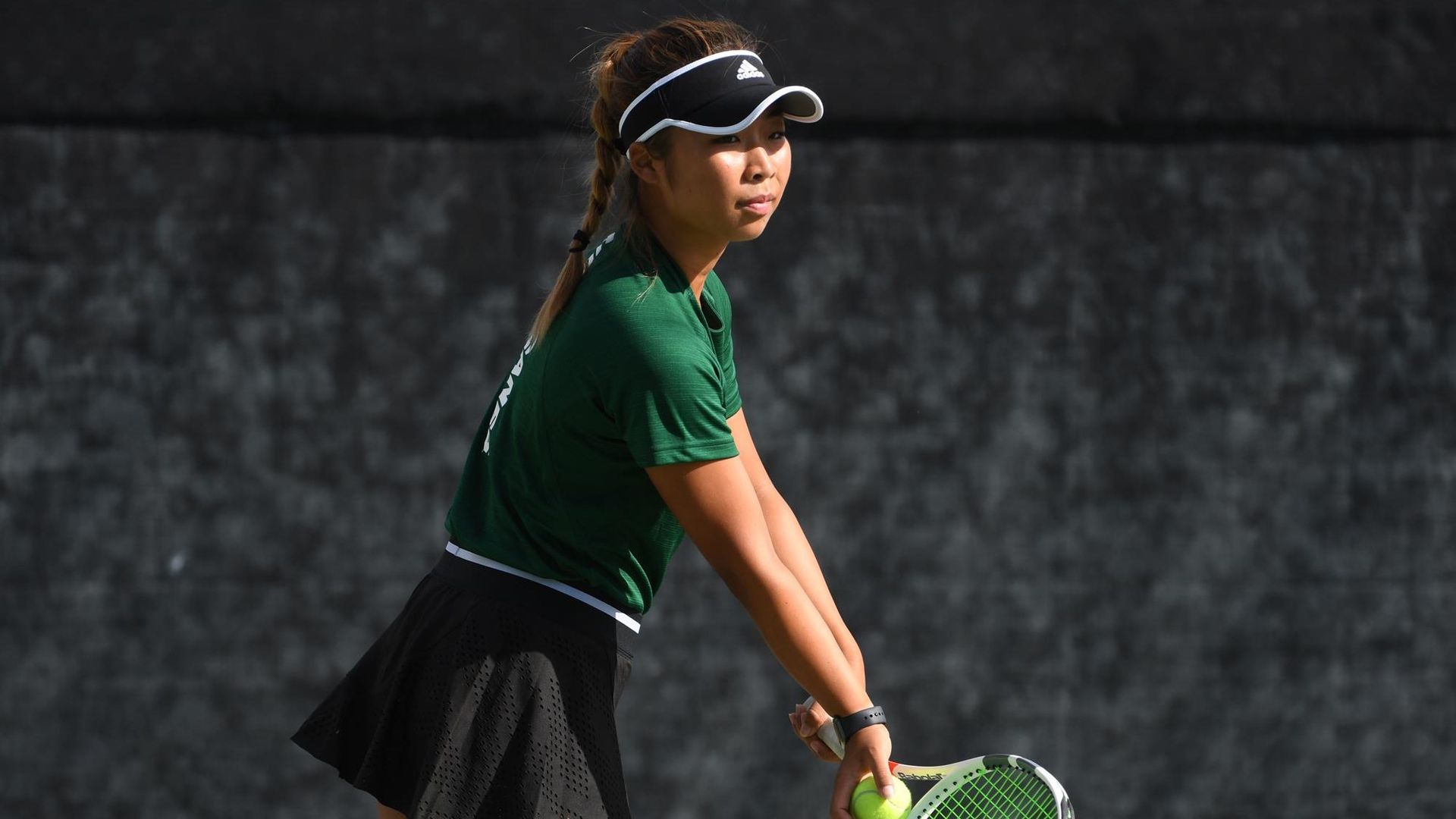 TALLAHASSEE, Fla. – The University of Miami women’s tennis team dropped a 4-2 decision to No. 18 Texas A&M Saturday in its first dual match of the season.

No. 23 Miami (0-1) raced out to a 2-0 lead at the Scott Speicher Tennis Center in the opening round of ITA Kick-Off Weekend play, but the Aggies took four straight matches to earn the victory.

“Played too tentative at too many spots today. If we want to contend at any decent level, we need to be relentless with our choices,” Miami head coach Paige Yaroshuk-Tews said. “Today, we were incredibly passive. We can’t make excuses as to why, we just need to step up and play aggressive.”

Texas A&M (4-0) opened doubles play with a 6-2 victory by No. 47 Jayci Goldsmith and Tatiana Makarova over sophomore Daevenia Achong and senior Estela Perez-Somarriba.

On the brink of dropping the doubles points, freshmen Selma Cadar and Maya Tahan trailed No. 20 Lucia Quiterio and Jessica Anzo, 2-4. However, the Miami duo claimed the final four games to secure the top-20 triumph and even the tally in doubles.

With all eyes turned over to court three, senior Yuna Ito and freshman Florencia Urrutia forced a tiebreaker against Renee McBryde and Riley McQuaid. Falling into a 1-3 hole, the Hurricanes’ pair won the next four points, en route to a 7-6 (7-5) victory that secured the doubles point for Miami.

Battling Katya Townsend at the top singles position, third-ranked Perez-Somarriba opened her 2020 dual match season with a 6-0, 6-0 sweep. The matchup was a rematch of last season’s NCAA Round of 32 tilt, in which the Madrid native posted a 6-2, 6-0 win on her way to the NCAA title.

Texas A&M went on to take its first lead of the match, one it would not relinquish, when Jayci Goldsmith fended off Achong, 6-4, 2-6, 6-1.

Tahan forced a split to keep the Hurricanes alive, but could not storm all the way back against Quiterio, dropping a 4-6, 7-5, 3-6 decision that clinched the win for the Aggies.

For Miami, this marks just the third time in its illustrious 48-year history it has dropped a season-opening dual match, including the first time since 1994, which was also the last time it opened with a top-25 foe (seventh-ranked Pepperdine).

The Hurricanes will wrap up play in Tallahassee Sunday at 11 a.m. with a matchup against UC Santa Barbara.