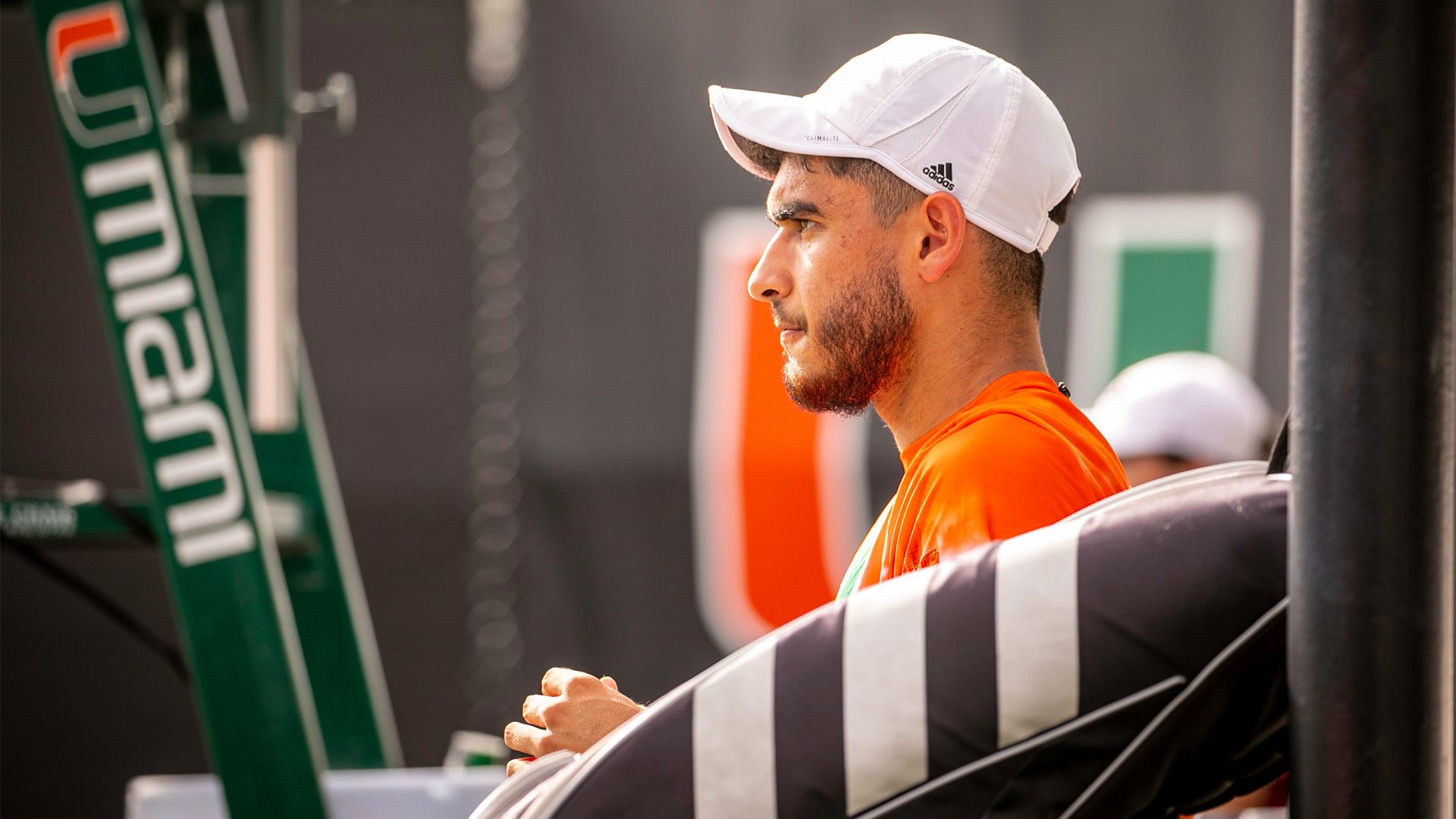 CORAL GABLES, Fla. – The University of Miami men’s tennis team will make its first road trip of the spring season, when it competes in Stanford, Calif., for ITA Kick-Off Weekend.

Miami, seeded third, will meet No. 13 California Saturday at 5 p.m. ET in its opening match. The Hurricanes then take on either No. 11 Stanford, the top seed, or fourth-seeded Tulane on Sunday at 5 p.m.

Both matches on Saturday and Sunday will be played simultaneously, with live stats and video only made available for Stanford’s pair of matches.

The team that posts two victories in the Golden State will earn a berth to the prestigious ITA National Team Indoor Championship, held Feb. 14-17 in Madison, Wisc.

Against the field, Miami and Cal will meet up for the first time since 1995, with Cal leading the overall series, 5-1. Meanwhile, the Hurricanes trail the overall series against Stanford, 1-9, with the pair of team’s last meeting in 2007, the only matchup between the programs in the new millennium. Tulane holds a 4-3-1 series lead over the Canes, with the Green Wave earning a home win in the most recent matchup on Jan. 19, 2018.

The Hurricanes, led by fourth-year head coach Aljosa Piric, enter the weekend sporting a 3-0 record, after earning a trio of shutout victories last weekend. It marks the first time since 1981 Miami has opened a season in such fashion and the first time since 2006 the Hurricanes have blanked their opponents three straight times at any point of the season. In 2006, the Hurricanes had a four-match shutout streak from March 20-26.

Saturday will mark the season-opener for Cal, which enters the weekend with three Bears ranked in singles in No. 34 Yuta Kikuchi, No. 49 Jack Molloy and No. 81 Bjorn Hoffmann. In doubles, the pair of Ben Draper and Bjorn Hoffmann is ranked 22nd and the duo of Kikuchi and Jacob Brumm is ranked 54th.

The Cardinal (1-0) opened the season routing UC Davis, 4-0, and boasts a pair of nationally-ranked singles player in No. 18 Alexandre Rotsaert and No. 54 Sangeet Sridhar.

The Green Wave (2-0) opened the dual-match season by blanking Jackson State, 7-0, twice on Wednesday. Tulane joins Cal with a trio of players on the ITA singles list in No. 32 Ewan Moore, No. 47 Dane Esses and No. 90 Hamish Stewart.