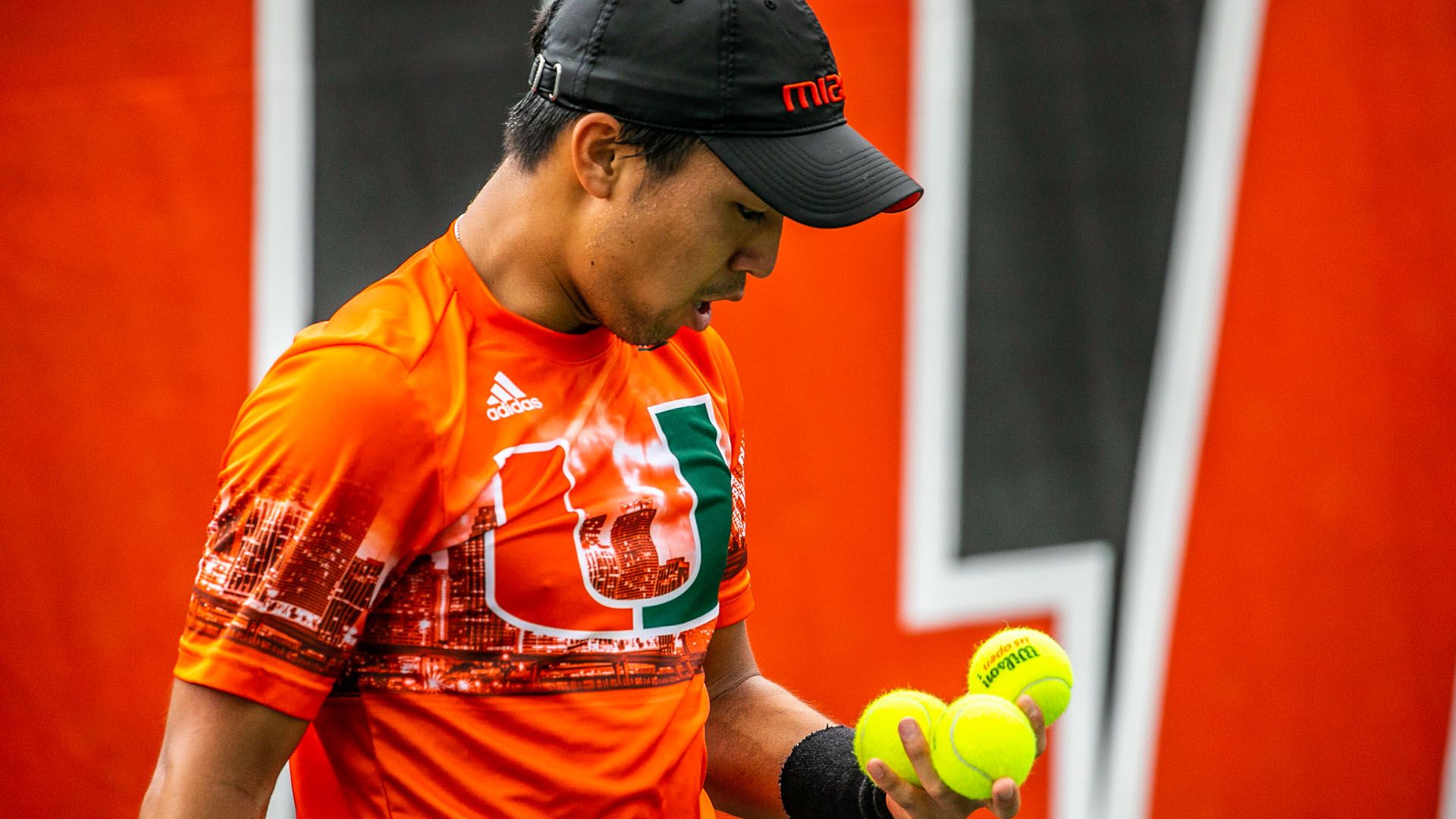 “First match,” fourth-year head coach Aljosa Piric said. “Obviously the weather was an issue today. We got delayed and had to stay focused. Every match is a tough match. We had a lot of things to deal with today, but overall it is always good to get a win and get the season off to a good start.”

Despite a 105 minute weather delay, the Hurricanes jumped out to the early lead through doubles action and never looked back.

Competing on court 3, senior Stephen Madonia and junior Tatsuki Shimamoto held a 5-3 advantage over Ben Husum and Robby Krick before play was halted.

In singles, the Hurricanes continued to cruise winning the opening set on five of six courts.

Then within minutes, Miami clinched the match following victories by Dunlap and junior William Grattan-Smith on courts 2 and 5, respectively.

The remaining three matches were played out with Miami eyeing a sweep.

The loan Hurricane to drop a set, Bastias bounced back with a strong showing in the second to force a third set tiebreaker. In the breaker, the sophomore claimed the opening six points, on his way to a 4-6, 6-2, 1-0 (10-4) triumph.

Up next, Miami will square off against Liberty at 1 p.m. and Georgia Southern at 6 p.m. on Sunday at the Neil Schiff Tennis Center for a doubleheader.