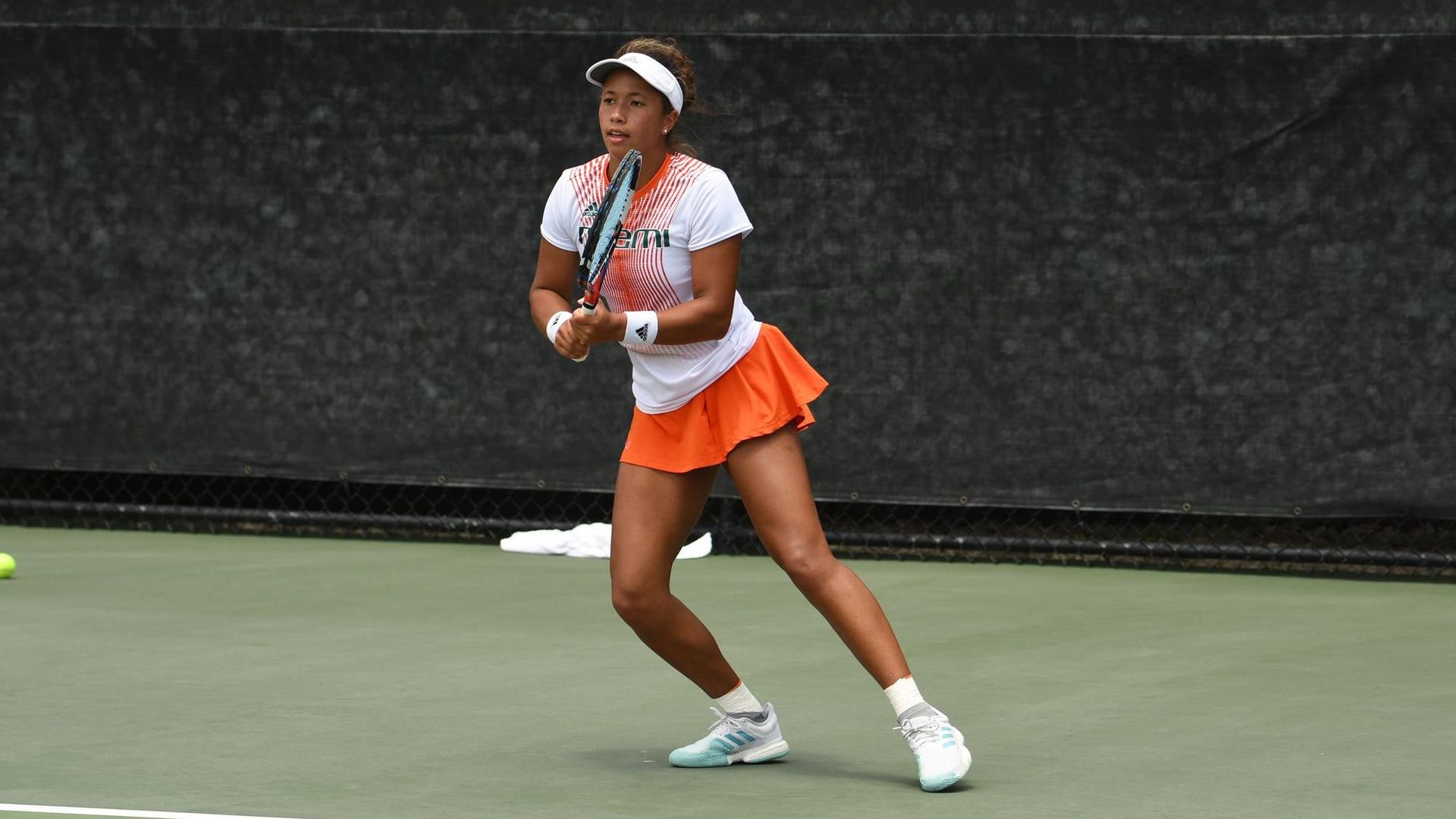 “Daevenia did a good job recovering her weekend by taking these two matches and ending on a better note,” Miami associate head coach Laura Vallverdu said. “I hope she realizes the potential she has and continues to purposely capitalize on it. If so, she has the chance to grow immensely.”

Rebounding from Monday’s opening round set-back against No. 12-seeded Daria Frayman of Princeton, ranked ninth in the Oracle/ITA newcomer list, Achong secured a pair of ranked wins on Tuesday.

Achong, ranked No. 80 nationally, dropped the first set against No. 65 Sara Nayar of Colorado, 4-6, in the opening consolation round. However, the sophomore quickly recovered with a second set sweep, 6-0, before completing the comeback, 4-6, 6-0, 6-3.

The victory marked the fifth ranked triumph of her career and the highest-ranked opponent she has ever defeated.

Returning to action later in the afternoon, Achong squared off against No. 72 Natalie Novotna of Virginia Tech. In déjà vu-like fashion, the sophomore dropped the opening set, 4-6, before bouncing back and claiming her sixth ranked victory, 4-6, 6-2, 6-2.

Main draw competition will get underway on Wednesday, with defending national champion Estela Perez-Somarriba, ranked second nationally, set to represent the Hurricanes. Her match time and opponent have yet to be announced.