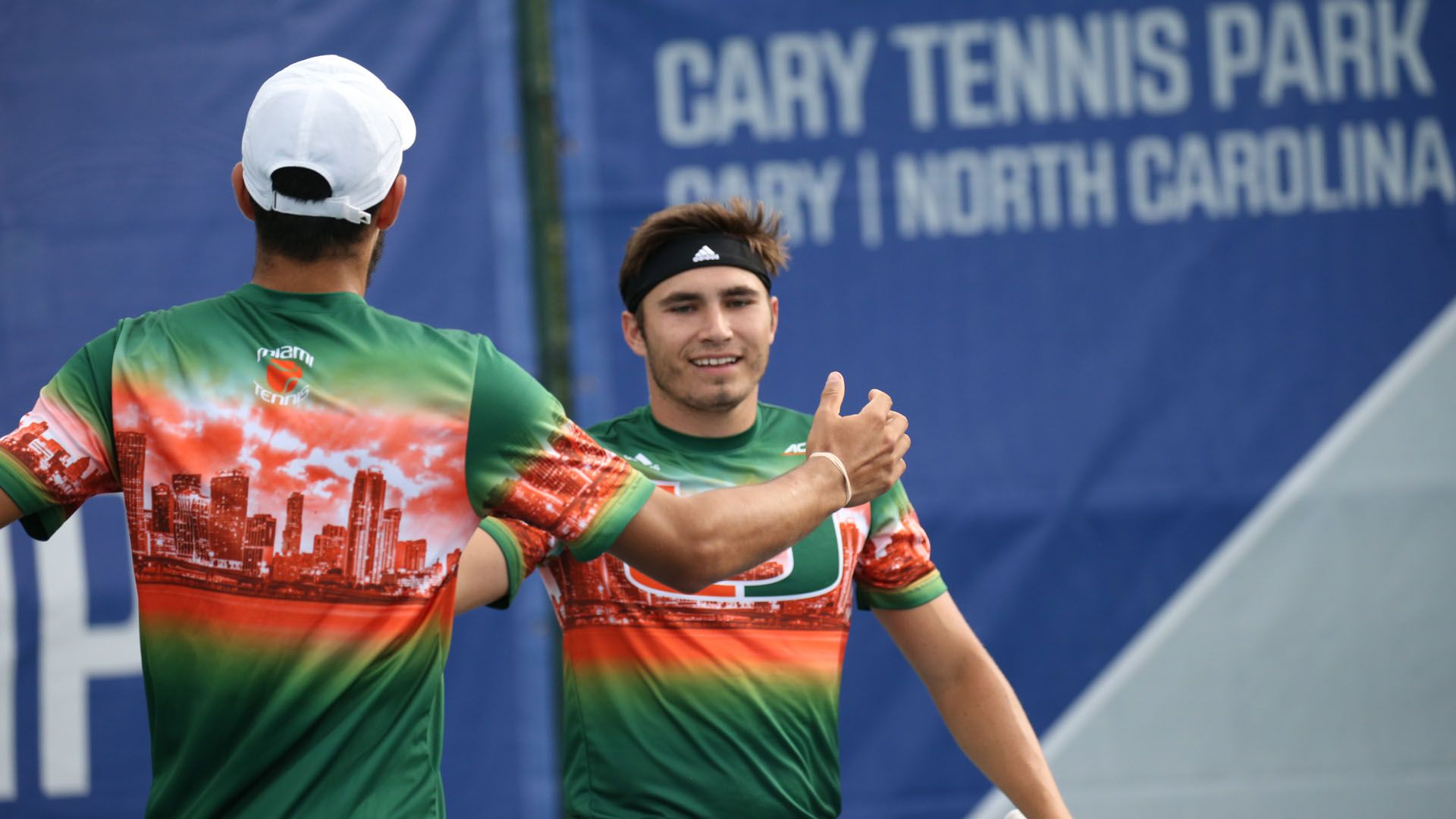 CARY, N.C. – The fifth-seeded University of Miami men’s tennis team defeated No. 12-seed Clemson, 4-0, Thursday in the first round of the ACC Championship at Cary Tennis Park.

“It’s really good to get a win against Clemson,” Miami head coach Aljosa Piric said. “Our guys needed to feel the tournament setting, because it is a totally a different feel and vibe in comparison to a regular season match. You have to have a survive and advance mentality, and it was important for us to feel that today. I am happy for the guys and happy to advance.”

The Hurricanes got off to an electrifying start in doubles, cruising to a 6-1 victory on court 1. Four days removed from topping the nation’s No. 62 doubles tandem from Wake Forest, junior Stephen Madonia and sophomore Adria Soriano Barrera improved to 2-0 as a pair with the win over Teodor Giusca and Yizhou Liu.

Competing on court 3, freshmen Franco Aubone and Francisco Bastias moved to 13-2 as a tandem, topping Simon Baudry and Mike Agee, 6-3.

In singles, sophomore William Grattan-Smith immediately doubled the Canes’ lead, sweeping Cole Gordon, 6-0, 6-0, on court 6. With the win, the Atlanta native upped his mark to 11-3 in 2019 dual matches.

Moments later, No. 81 Jankulovski clinched the overall match with a 6-1, 6-4 triumph over Agee.

The Hurricanes are now 10-14 all-time at the ACC Championship and 2-2 under the direction of third-year head coach Aljosa Piric.

“We are going to get a good night’s rest tonight and really prepare to play a really good NC State team tomorrow,” Piric said. “We recently played at NC State in its indoor facility, and I think we learned a lot from that match. We have to make some adjustments and come out ready to play, because we know they will be ready.”