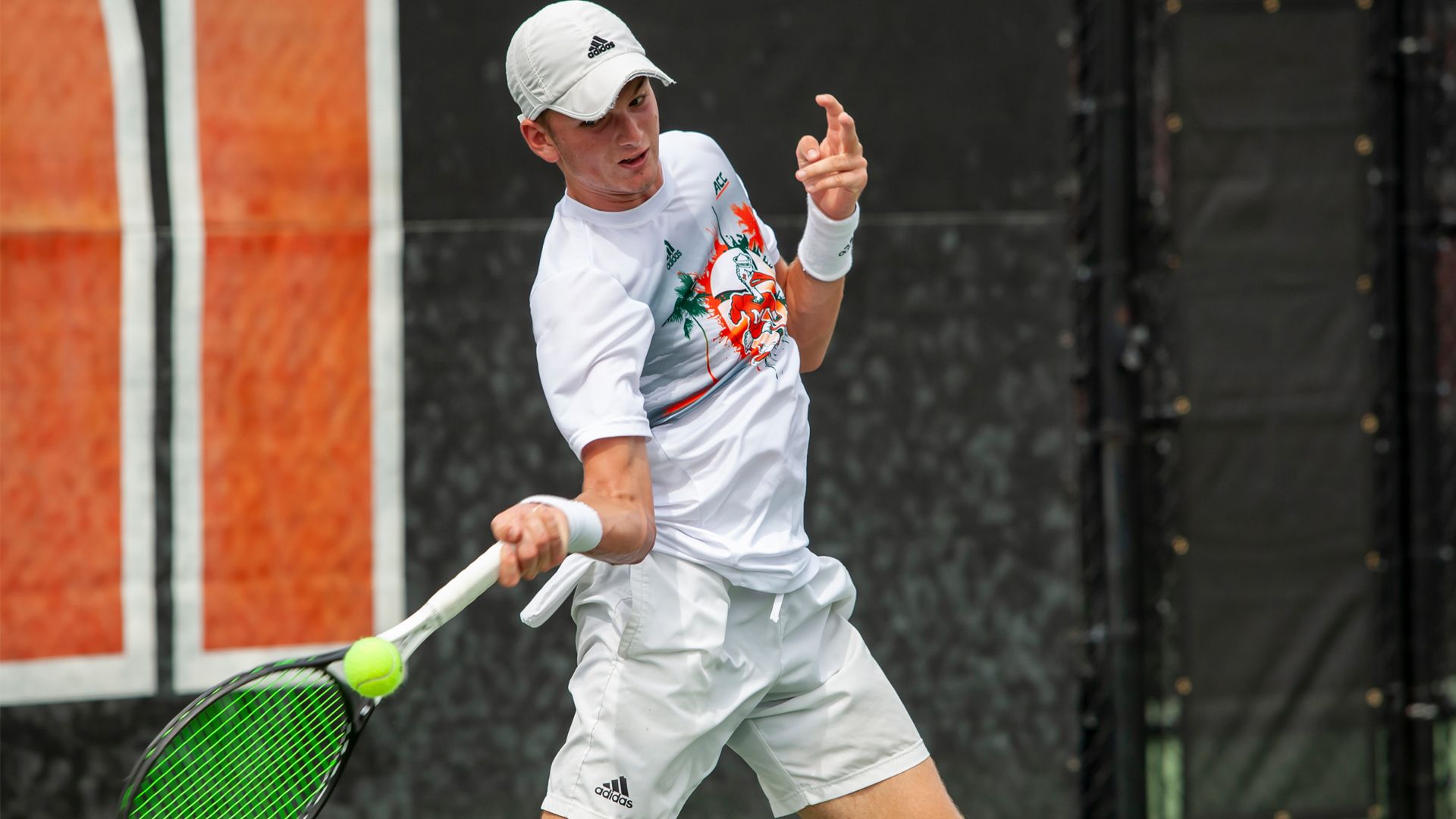 WINSTON-SALEM, N.C. – Facing the defending national champion, fourth-ranked Wake Forest, on its home court, the University of Miami men’s tennis team got off to a fast start in doubles, but it was not enough, as the Demon Deacons claimed the match, 4-1.

In singles, Banthia quickly evened the match with a 6-0, 6-1 win over Shimamoto

Competing in his first dual singles match this spring, Aycart Joya came up short against No. 100 Efstathiou, 2-6, 0-6.

Facing off against the defending national singles champion, third-ranked Chrysochos, No. 81 Jankulovski trailed 2-6, 4-5 when play was halted.

Meanwhile on court 4, Grattan-Smith was in a second-set tiebreaker against Cunju, 1-6, 6-6 (0-3) before the match was clinched.

The Hurricanes will return to action at 9 a.m. on Thursday in the opening round of the ACC Championship in Greensboro, N.C. Seeded fifth, Miami will square off against the winner of Wednesday’s qualifier match between 12th-seeded Clemson and 13th-seeded Boston College.