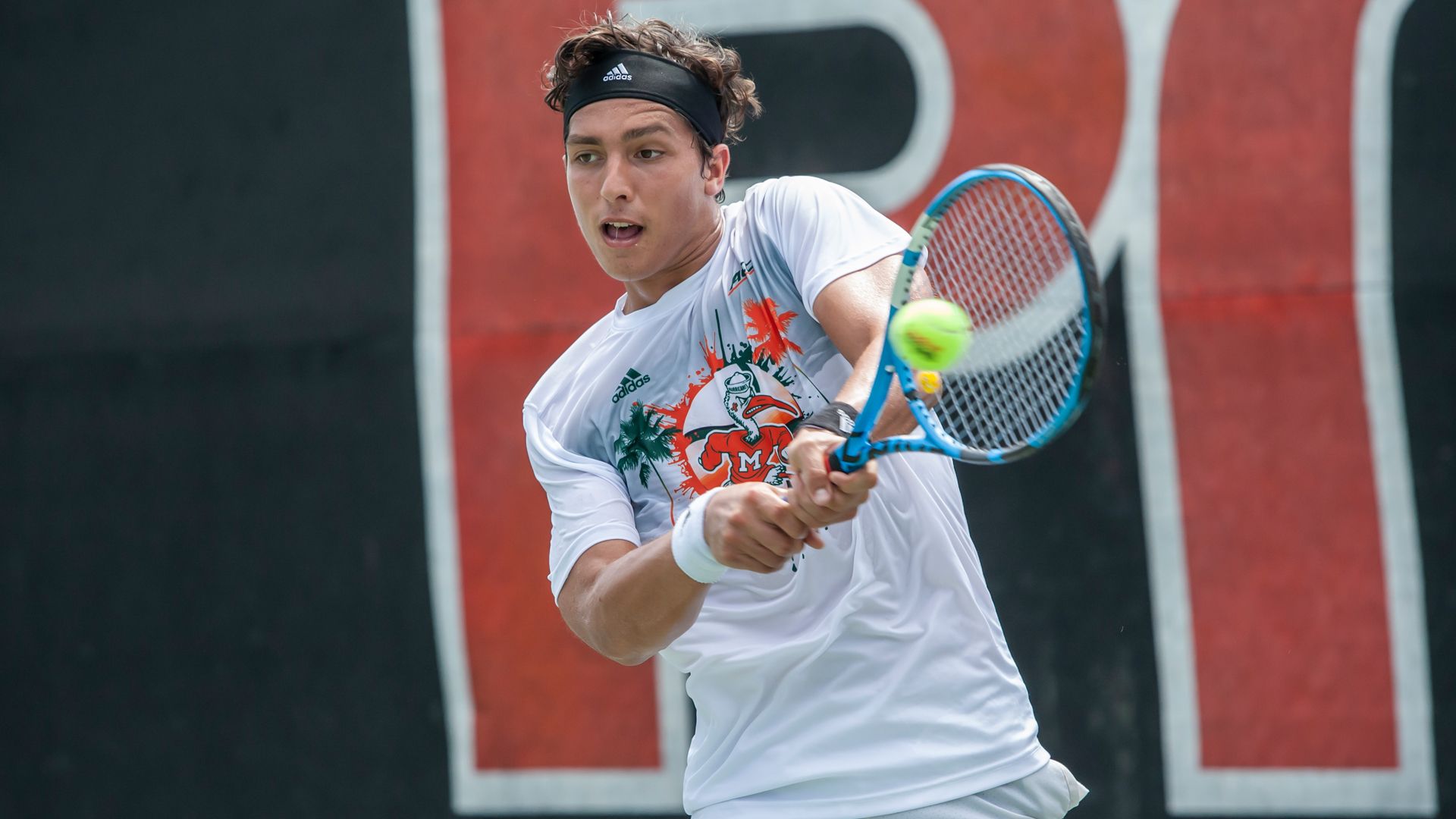 “Credit to Louisville. They beat us today,” Miami head coach Aljosa Piric said. “It is very difficult to go on the road in the ACC and win matches because home court is such a big advantage in this conference and our guys did not adapt fast enough to indoor conditions. It was faster than usual, it was loud and it was crowded, and it took our guys a little too long to get going. By the time we did, we had dug ourselves a hole that we couldn’t quite climb out of.

“But that’s the ACC; every team is tough, especially at home and we have got to learn from this loss, like any other loss and continue to improve and get better and advance our program,” Piric continued. “We have a couple days off and then we are going to get back to work on Monday and prepare for two more tough matches against Virginia Tech and [fifth-ranked] Virginia.”

No. 22 Miami (15-6, 6-2 ACC) opened doubles action strong with freshmen Franco Aubone and Francisco Bastias improving to 11-1 as a tandem after taking down Fredrik Moe and Brandon Lancaster, 6-2. However, Louisville (13-8, 2-5 ACC) bounced back on courts 2 and 3 to claim the advantageous doubles point.

Competing on court 2, redshirt junior Dane Dunlap and junior Stephen Madonia held a 3-0 advantage, but Federico Gomez and Alex Westbrooks stormed back to take a 5-3 lead, before sealing the victory, 6-4.

At the No. 1 position, Louisville’s Christopher Morin-Kougoucheff and Fabien Salle clinched the doubles point with a 6-4 win over sophomores Tatsuki Shimamoto and Adria Soriano Barrera.

After dropping the opening set against Morin-Kougoucheff, No. 27 Soriano Barrera’s rally came up short as the sophomore dropped the second-set tiebreaker, 4-6, 6-7 (5-7).

With the remaining four courts in third-set tiebreakers, court 2 was the first to complete. Louisville’s Lancaster secured the team victory with a back-and-forth, 6-4, 3-6, 6-2, win against Bastias.

The Hurricanes will look to snap their current two-match losing streak when they play host to Virginia Tech (April 5, 2 p.m.) and Virginia (April 7, noon) at the Neil Schiff Tennis Center.