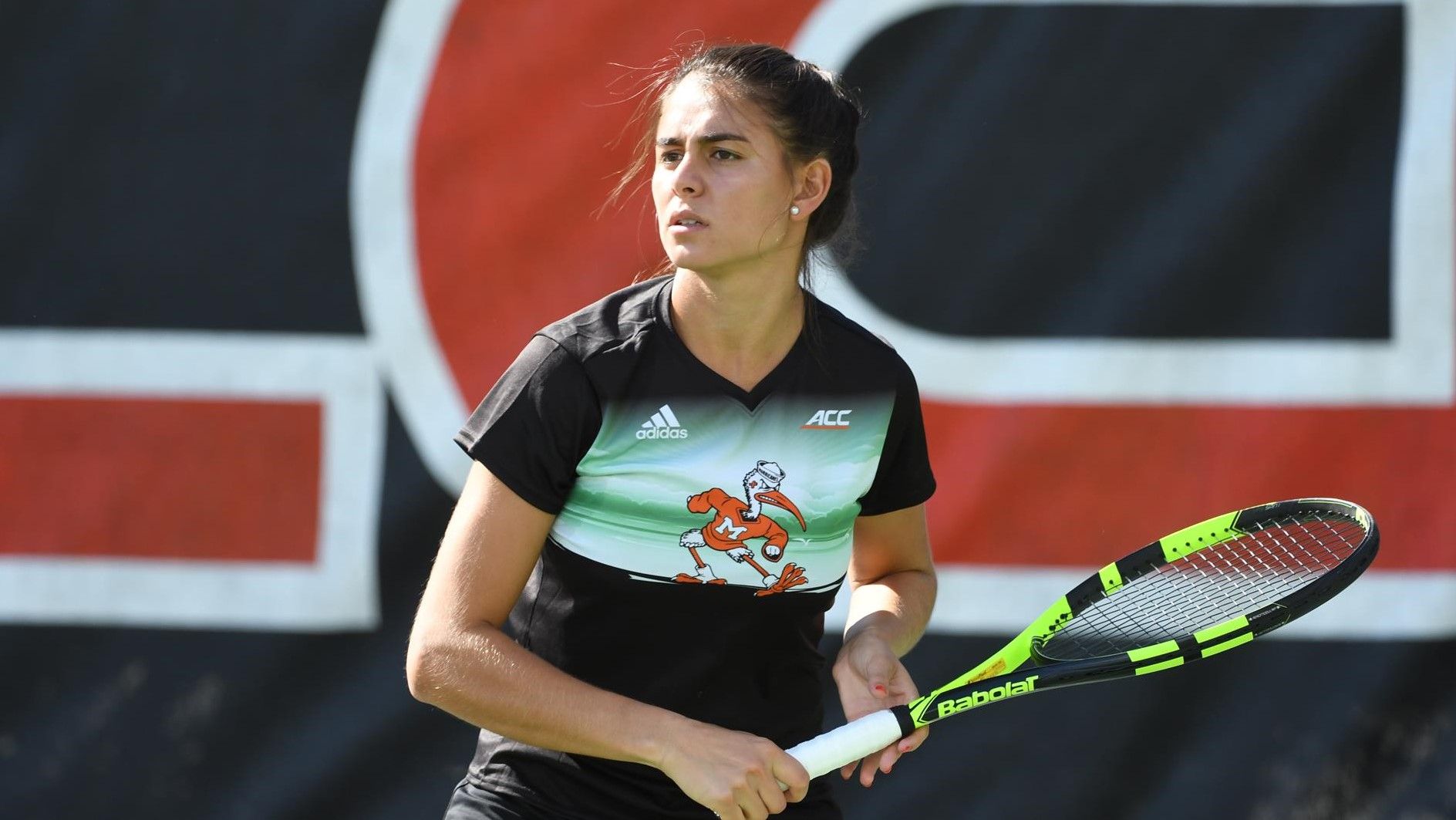 CORAL GABLES, Fla. – After a 5-2 victory over No. 42 Notre Dame in the morning, the University of Miami women’s tennis team capped its doubleheader with a 4-0 sweep against Boston University Friday night.

No. 27 Miami (10-3, 3-2 ACC) lost just one set across doubles and singles action at the Neil Schiff Tennis Center, cruising to its third shutout decision of the year.

“Again, I think that we’re playing great doubles,” Miami head coach Paige Yaroshuk-Tews said. “I think that the teams are really starting to mesh together and just understand each other’s strengths and weaknesses; they’re complementing each other really well. I think singles was pretty straight forward and we did what we needed to do.”

The Hurricanes breezed through doubles play, clinching the point in under 30 minutes. Junior Estela Perez-Somarriba and sophomore Ulyana Shirokova, competing together at the top spot for just the second time, improved to 7-0 as a duo with an unblemished 6-0 triumph over Lily Burchell and Remi Ramos.

When action stopped, freshman Daevenia Achong and senior Daniella Roldan, ranked No. 44, were tied at three against Emily Kim and Shelly Yaloz.

Senior Ana Madcur logged the first singles victory of the evening, recording a 6-1, 6-2 decision over Martens.

Second-ranked Perez-Somarriba followed that just moments later with a win against Ramos by the same score. The Madrid native registered two straight-set victories Friday and lost a total of four games.

Marzal clinched the second overall win of the day for Miami by taking down Fabybyshev, 6-2, 6-2. She now has five consecutive victories this spring.

Shirokova fell victim to timing, as the Ufa, Russia, native held a match point at 40-30 when play was halted. Her match against Burchell ended with a 6-1, 5-4 score.

In the other incomplete match with Miami ahead, Roldan had a 6-4, 4-2 advantage over Yaloz. The lone contest in which Boston University (5-7, 0-0 PL) held a lead was the only one without a finished second-set game, as Kim won the first set, 7-6 (7-5), against Achong.

For Yaroshuk-Tews, the shutout win was the 145th of her illustrious 18-year tenure at the helm of the Hurricanes, including the 88th since the start of the 2009 campaign.

Miami returns to action Sunday at 10 a.m., when it welcomes No. 31 Georgia Tech to the Neil Schiff Tennis Center.