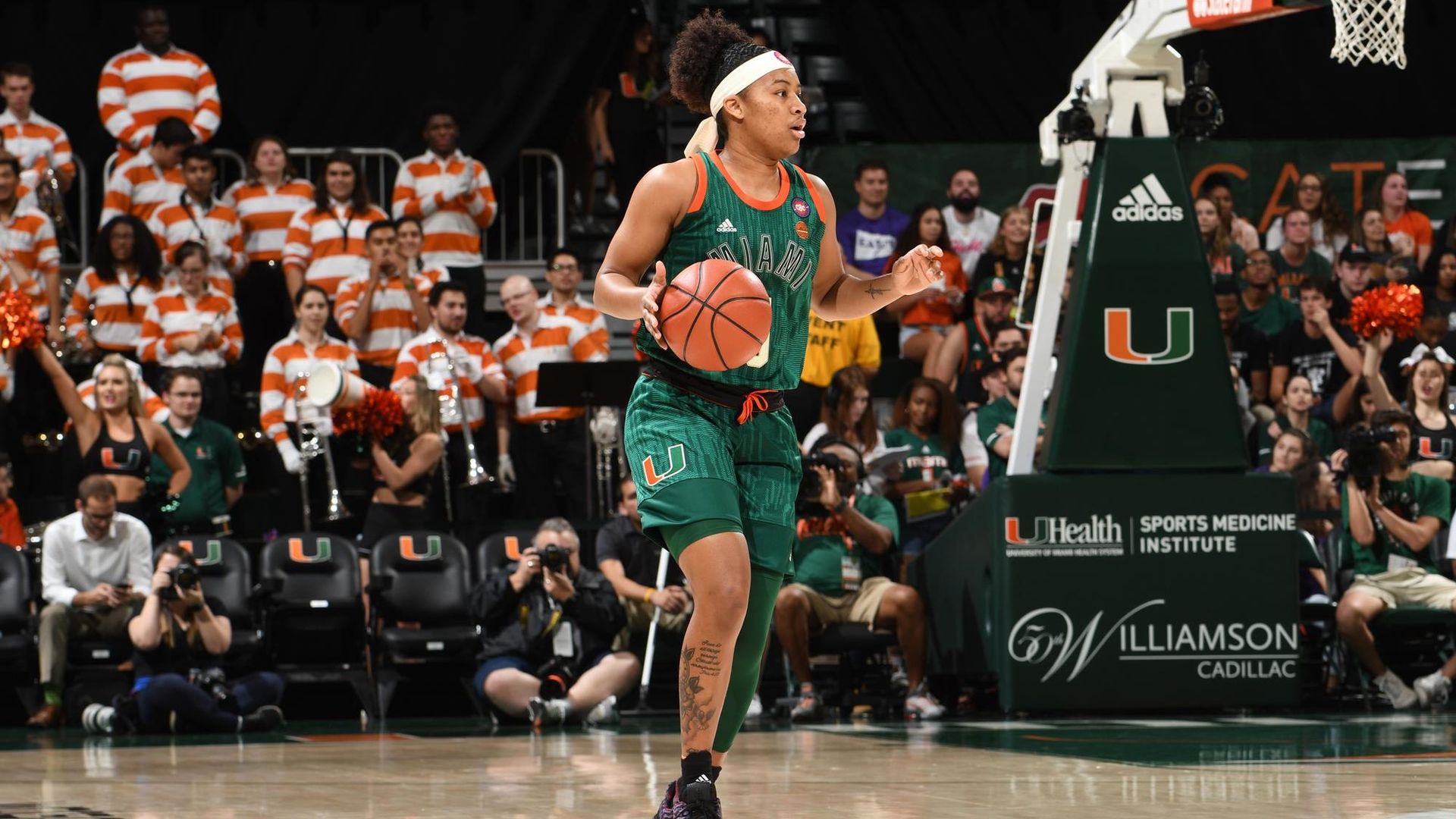 The game will be broadcast on ESPN2, as well as available HERE, with Pam Ward and Carolyn Peck on the call. In addition, the action will be carried live on WVUM 90.5 FM HERE and live stats can be found HERE.

Miami is 1-4 in its all-time series with Louisville, but 0-4 since the Cardinals joined the ACC in 2014-15, making them the lone team the Hurricanes have not defeated in ACC play. In the most recent matchup, Louisville came away with an 84-74 road triumph on Jan. 25, 2018, despite the Hurricanes limiting Asia Durr, the eventual ACC Player of the Year, to a co-season-low seven points.

In its last outing, Miami notched a 65-51 victory at Pittsburgh, just three days after taking down then-fourth-ranked Notre Dame, 72-65. Redshirt junior forward Beatrice Mompremier logged 23 points and 13 rebounds against the Panthers, en route to ACC Player of the Week honors for the third time this season.

Senior forward/center Emese Hof posted her third straight double-double with 11 points and 11 rebounds in the road win. Miami’s 51 points allowed were its fourth-lowest total conceded in 2018-19.

Louisville heads into Sunday’s game at 23-1 overall and leading the ACC at 10-1 in league play. The Cardinals have won nine consecutive games since their lone loss to then-top-ranked Notre Dame on Jan. 10.

Durr, a senior guard and reigning First Team All-American, is the ACC’s leading scorer at 21.1 points per game. The Cardinals, picked second in the ACC this year, went 36-3 (15-1 ACC), swept the league crowns and reached the NCAA Final Four in 2017-18.

After taking on Louisville, Miami heads to Blacksburg, Va., where it plays Virginia Tech Feb. 21 at 7 p.m. in the last of three consecutive road games.