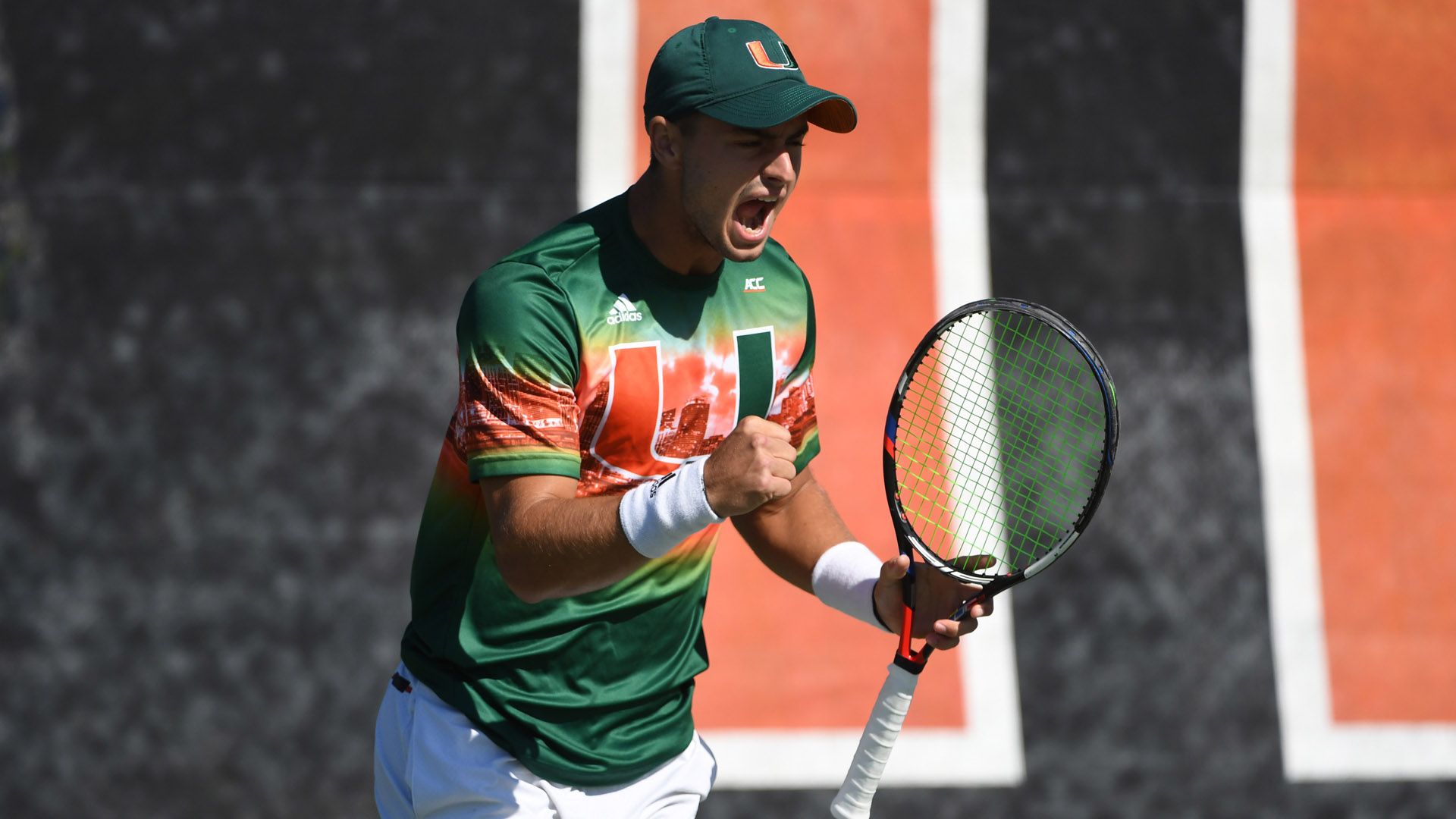 Canes Travel to Starkville for Doubleheader

CORAL GABLES, Fla. – The University of Miami men’s tennis team travels to Starkville, Miss., for a doubleheader on Friday against third-ranked Mississippi State and Jackson State at the A.J. Pitts Tennis Centre.

Miami takes on the Bulldogs at 3 p.m. before a neutral site meeting with the Tigers at 6 p.m.

Live streaming of the first match can be viewed HERE, while live stats will be accessible HERE. Neither live stats nor video will be provided for the second match.

Friday’s meeting with Mississippi State will mark the 13th in program history, with the Bulldogs maintaining a 7-5 edge in the all-time series. In the most recent matchup on Jan. 21, 2018, MSU picked up a 5-2 victory, despite the Hurricanes collecting the doubles point led by sophomores Bojan Jankulovski and Adria Soriano Barrera dominating victory over Niclas Braun and Trevor Foshey, 6-1.

Miami’s matchup against Jackson State will mark the first-ever meeting for the programs.

The Hurricanes, led by third-year head coach Aljosa Piric, feature a trio of nationally-ranked singles players in Soriano Barrera at No. 21, Jankulovski at No. 35 and freshman Francisco Bastias at No. 97. Collectively, Miami has kicked off the 2019 campaign with a 4-1 record, the program’s best start since opening the 2008 season with an equivalent mark.

The Bulldogs opened the spring season with a sweep of Wichita State and a 4-1 win over Arizona to advance through ITA Kick-Off Weekend and enter Friday’s match at 2-0. MSU boasts a quartet of players on the ITA singles list in No. 11 Nuno Borges, No. 67 Niclas Braun, No. 78 Florian Foshey and No. 93 Trevor Foshey. In doubles, Braun and Giovanni Oradini form the nation’s seventh-ranked duo, while Borges and Strahinja Rakic are ranked No. 36.

The Tigers enter Friday’s contest at 0-5 and do not have any ranked singles players or doubles pairs.

Following Friday’s doubleheader, the Canes will travel to Iowa City, Iowa, to battle Iowa on Feb. 8 at 3 p.m. ET, before facing Utah on a neutral court on Feb. 9 at 11 a.m. ET.