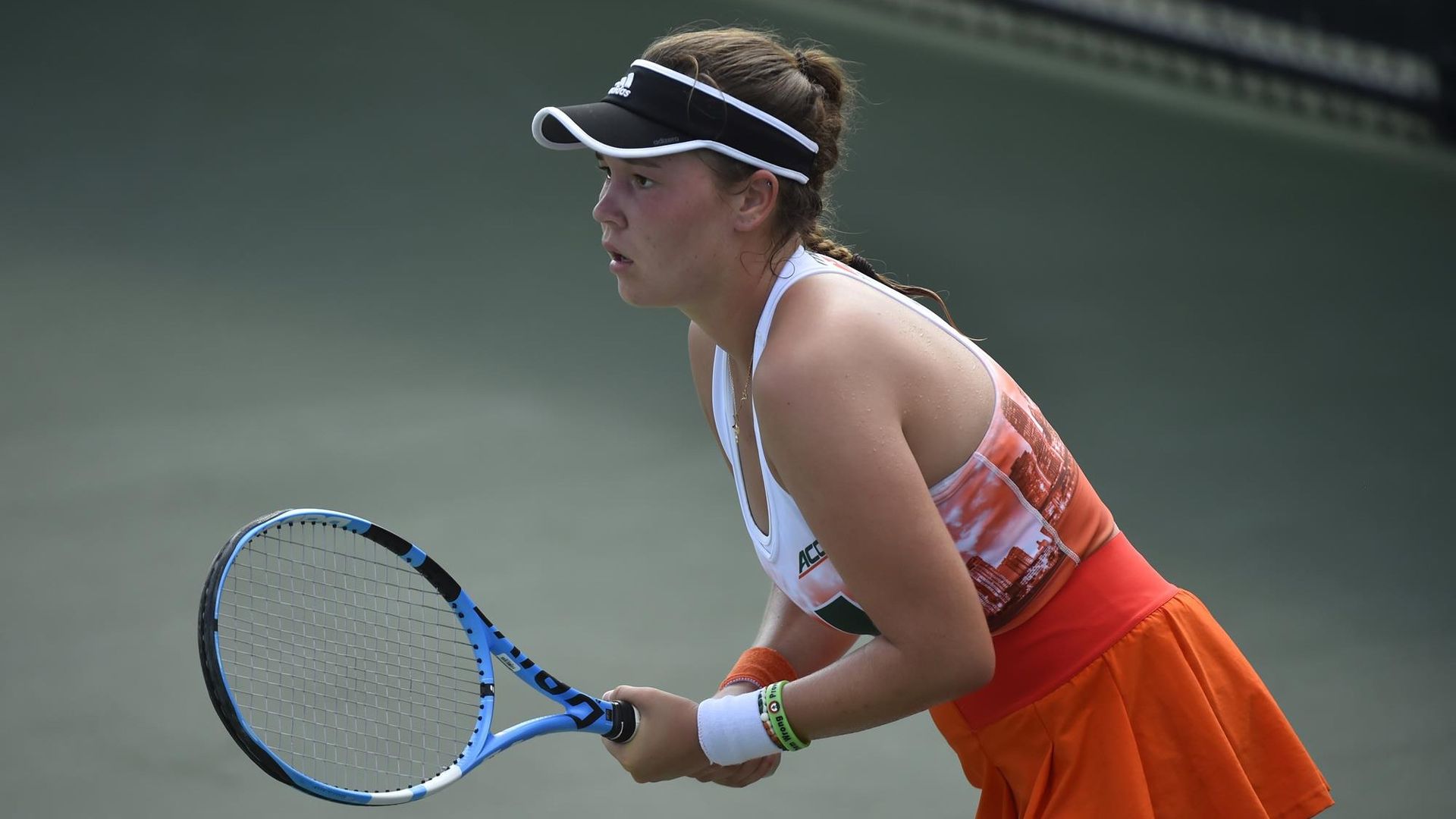 EVANSTON, Ill. – The University of Miami women’s tennis team came up short in a top-20 matchup Sunday evening at the Combe Tennis Center, falling to No. 20 Northwestern, 4-3.

No. 17 Miami (4-1) rallied for a 3-2 lead after falling into a 2-0 hole, but the Wildcats took the final two matches on their home court to win the ITA Kick-Off Weekend site title.

“I’m very proud of this team and how we played this evening. We are a better team walking out of this facility [than when we came in],” Miami head coach Paige Yaroshuk-Tews said. “Our freshmen are incredible and our future is going to be very bright. We need to continue improving.”

Playing together for the first time since Oct. 1, 2017, senior Daniella Roldan and sophomore Ulyana Shirokova evened the doubles tally with a 6-4 win over Julie Byrne and Hannah McColgan.

The Wildcats earned a 6-4 decision in the final match, as Clarissa Hand and Lee Or rallied from a 1-3 deficit to top freshman Daevenia Achong and junior Estela Perez-Somarriba and clinch the doubles point.

Byrne started singles play with a 6-3, 6-0 triumph over No. 82 Roldan to double Northwestern’s advantage.

Shirokova got Miami its first point of the day with a 6-2, 6-2 win against Doshi. Seventh-ranked Perez-Somarriba then evened the score by avenging her earlier loss this spring to No. 100 Hand with a 6-2, 6-2 triumph.

Achong gave the Hurricanes their first lead of the day with a comeback decision over Or. After narrowly dropping the first set, Achong won 10 of the next 11 games, en route to a 5-7, 6-1, 6-2 victory and a 3-2 edge for Miami.

With the victory, Northwestern earns a spot in the ITA National Team Indoor Championship Presented by Oracle.

“The details throughout the week are so that match day moments are easier,” Yaroshuk-Tews said. “I’m excited to get home and back to the grind.”

Meanwhile, Miami is back in action Feb. 1 at 1 p.m. when it hosts Baylor at the Neil Schiff Tennis Center for its first home dual match of the season, live on ACC Network Extra.