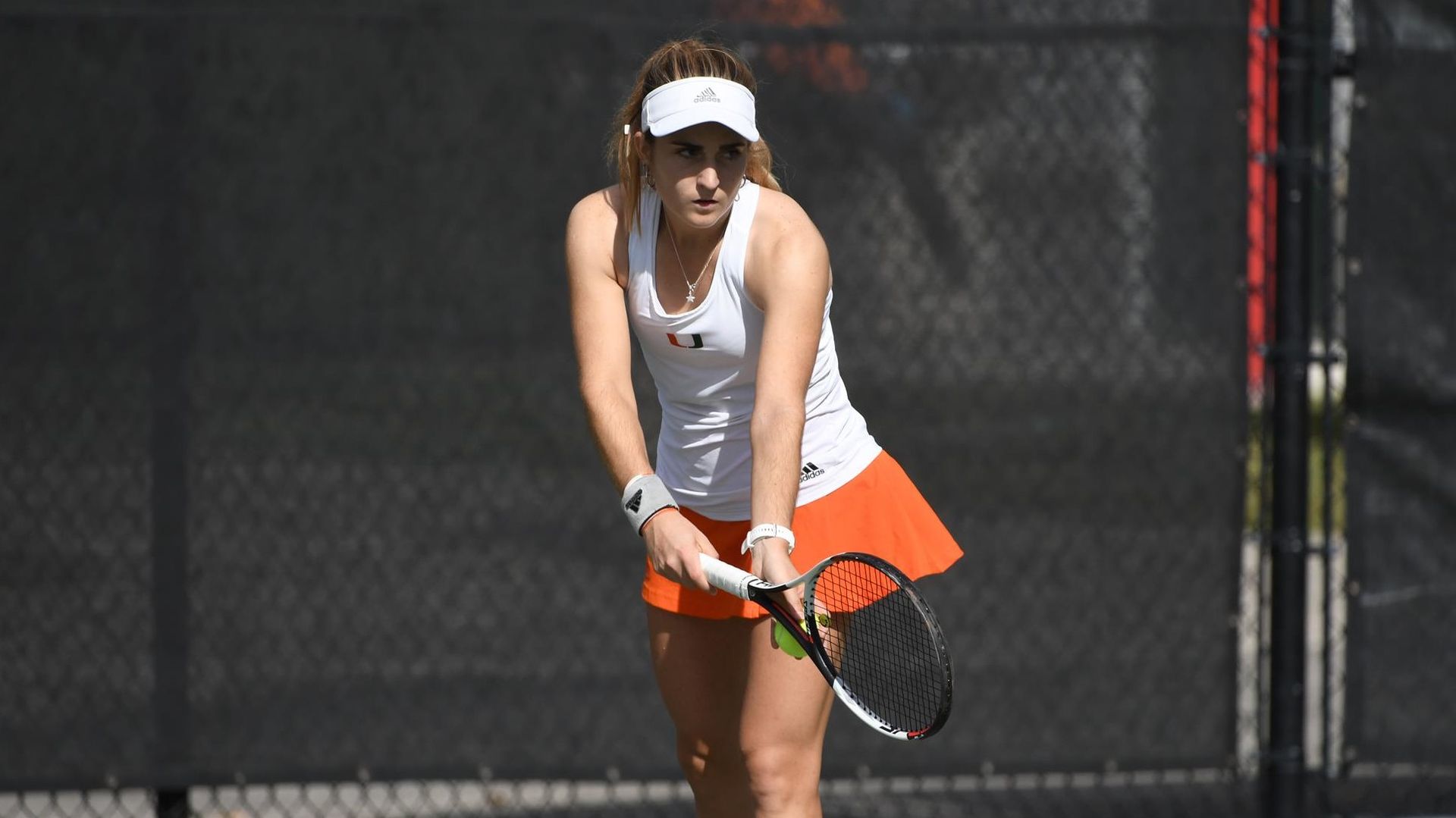 EVANSTON, Ill. – In a matchup of top-25 squads that reached the NCAA Team Championship Sweet 16 a season ago, the University of Miami women’s team logged a 4-1 victory over No. 23 Tulsa Saturday evening at the Combe Tennis Center.

After No. 17 Miami (4-0) dropped the doubles point, the second-seeded Hurricanes cruised to four straight-set singles decisions and opened ITA Kick-Off Weekend with an impressive victory over the third-seeded Golden Hurricane.

“This is the type of Miami tennis that we all want to be a part of,” Miami head coach Paige Yaroshuk-Tews said. “We fought hard today, competed intelligently and handled tough situations pretty well. Consistency is where teams are defined, so we need to bring it again tomorrow.”

Tulsa (5-2) got on the board first in doubles, as the nation’s fourth-ranked pair of Martina Okalova and Vera Ploner downed the No. 51-ranked duo of junior Yuna Ito and Ulyana Shirokova, 6-2.

In the decisive match, Tulsa’s Marina Davtyan and Megan Hopton rallied from a 2-4 deficit to defeat freshman Carla Girbau and senior Ana Madcur, taking the last four games to earn a 6-4 win and clinch the doubles point.

The Hurricanes got off to a hot start in singles competition, winning each of the first four completed opening sets before losing the final two.

Achong was the first Miami player to earn a victory in singles, rolling to a 6-2, 6-2 decision against Poppe to even the score at one.

Approximately 15 minutes later, the Hurricanes moved within a game of victory on three courts and each ended within a span of four minutes.

First, Girbau finished up a 6-2, 6-4 win over Arianna Capogrosso by taking each of the final two games. Moments later, seventh-ranked Perez-Somarriba concluded her rally from a 3-5 second-set deficit with her fourth consecutive game to record a 6-1, 7-5 decision against Okalova.

Shirokova sealed the victory for the Hurricanes by taking a second-set tiebreaker against Hopton. The Ufa, Russia, native saw her 2-5 second-set lead turn into a 5-6 deficit, but she won the last two games to record a 6-3, 7-6 (7-3) decision and clinch the match.

The Hurricanes will play their second top-25 opponent in as many days Sunday at 3 p.m. ET when they meet No. 20 Northwestern on its home court. The winner advances to the elite ITA National Team Indoor Championship Presented by Oracle, held Feb. 8-11 in Seattle at the Seattle Tennis Club.