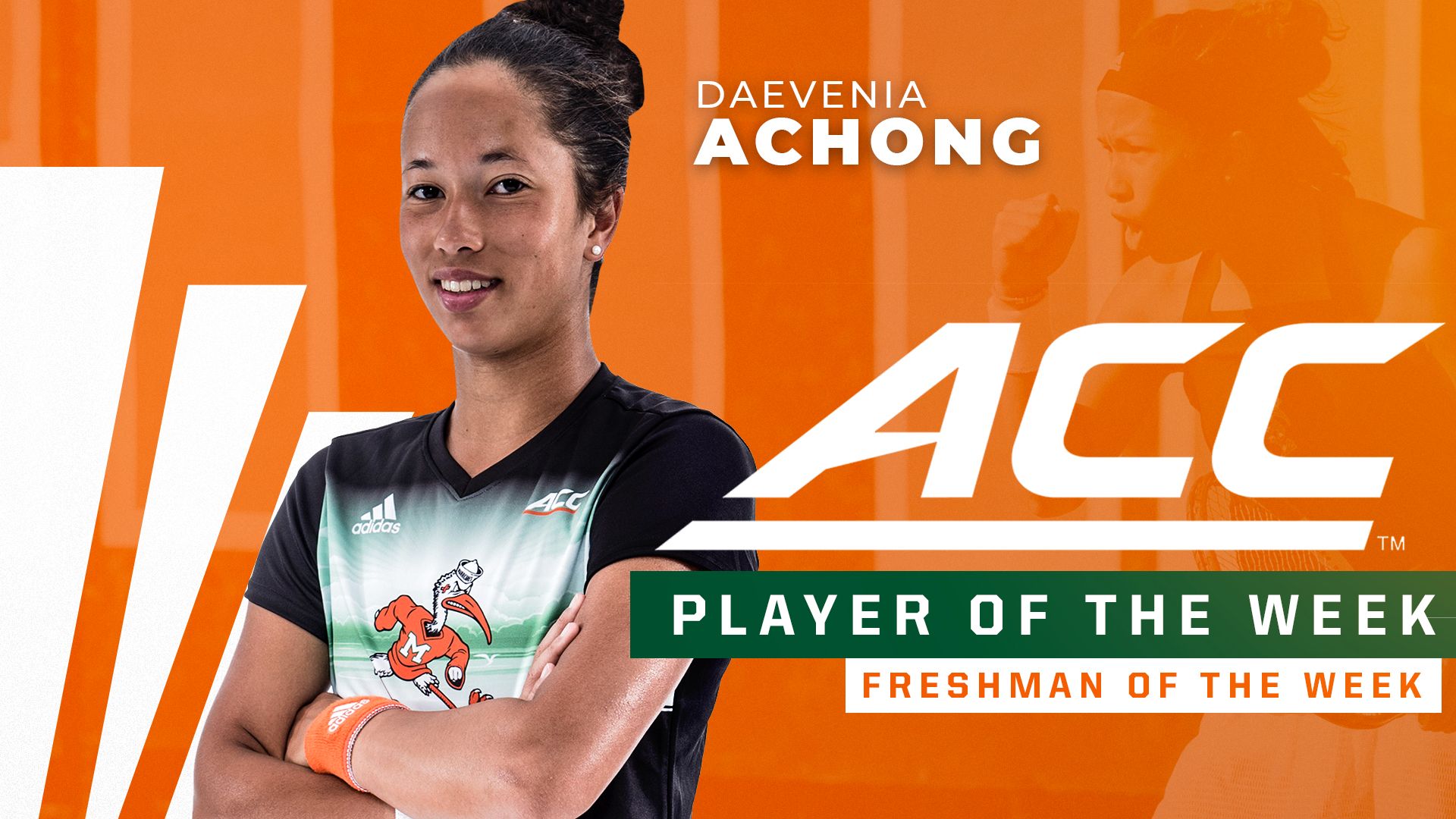 Achong Named ACC Player and Freshman of the Week

CORAL GABLES, Fla. – Daevenia Achong of the University of Miami women’s tennis team reeled in a pair of ACC accolades, as announced Tuesday afternoon by the conference office.

Achong was tabbed the ACC Co-Player of the Week, sharing the recognition with Florida State’s Ana Oparenovic, and the ACC Freshman of the Week. These are the league’s first weekly honors of the 2019 season.

In the first three dual matches of her career, Achong went 6-0 across her singles and doubles matches, helping No. 17 Miami (3-0) to a trio of resounding victories.

The former two matches came on the road, with the third at a neutral site, and the win against Boltinskaya was the first ranked triumph of Achong’s young career.

Playing alongside junior Estela Perez-Somarriba in doubles, Achong lost just six games across three matches. At the No. 2 position, the pair topped Florida Atlantic’s Boltinskaya and May Kimhi (6-2), as well as FGCU’s Madison Gallegos and Sofia Perez (6-3). They then logged a victory at No. 1 against Cornell’s Adiaconitei and Mariko Iinuma (6-1).

Achong and the Hurricanes resume play Saturday at 3 p.m. ET, taking on No. 22 Tulsa in Evanston, Ill., to open ITA Kick-Off Weekend action.