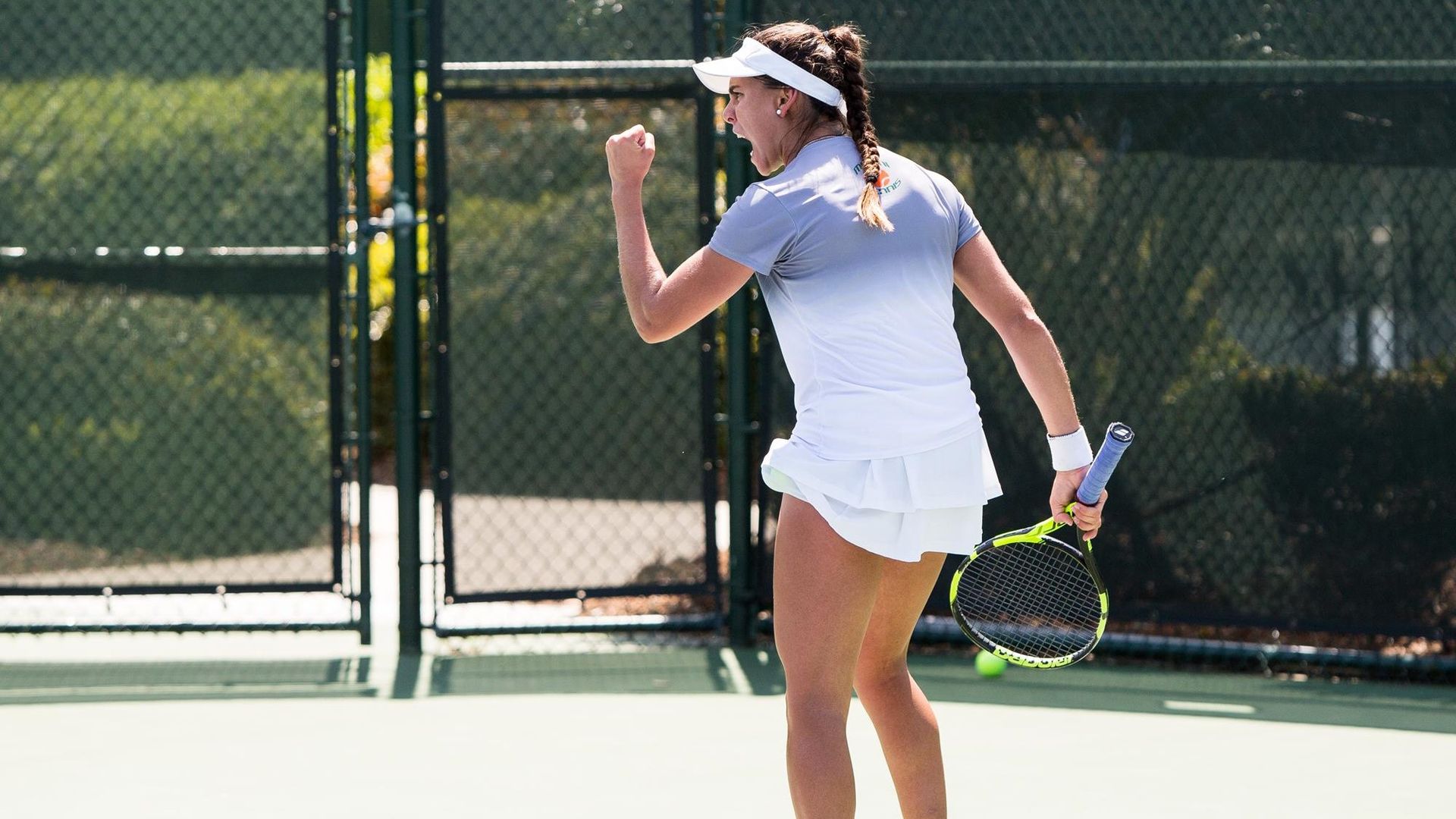 FORT MYERS, Fla. – In the first of its two matches Saturday at the FGCU Tennis Complex, the University of Miami women’s tennis team registered a 6-1 victory over homestanding FGCU.

No. 17 Miami (2-0) narrowly took the doubles point and then dominated play during singles to pick up the win.

FGCU (1-2) got on the board first in doubles, as Julia Ascua and Maja Ornberg logged a 6-2 decision over the No. 51-ranked pair of junior Yuna Ito and sophomore Ulyana Shirokova.

Freshman Daevenia Achong and junior Estela Perez-Somarriba countered with a 6-3 victory against Madison Gallegos and Sofia Perez to even the doubles tally.

Seniors Ana Madcur and Daniella Roldan earned the doubles point for Miami by rallying back from a 0-3 deficit to notch a 7-5 win over Laura Font and Sara Kelly.

Seventh-ranked Perez-Somarriba notched the Hurricanes’ first win in singles play, rolling to a 6-0, 6-2 decision against Ornberg.

Madcur followed that with an impressive 6-1, 6-1 victory over Gallegos, giving her 75 singles wins as a Hurricane. The San Juan, Argentina, native is the 28th player in program history to reach that figure and the second to do so in 2018-19, along with Perez-Somarriba.

Shirokova clinched the win for Miami with a hard-fought, straight-set result against Font, 6-4, 6-3.

The remaining matches were all played out, with the first decision going to FGCU, as Ascua downed Ito, 6-2, 6-4.

Achong then got Miami back to its winning ways with the first three-set triumph of her young career, topping Kelly, 2-6, 6-4, 1-0 (10-6). Girbau followed her classmate with a 6-4, 6-4 victory against Perez to give the Hurricanes’ their sixth and final point.

Miami improved 5-0 in its all-time series against FGCU with the decision, as well as upped its lead in total points to 29-3.

The Hurricanes are back in action again Saturday afternoon, as they return to the court to face Cornell.