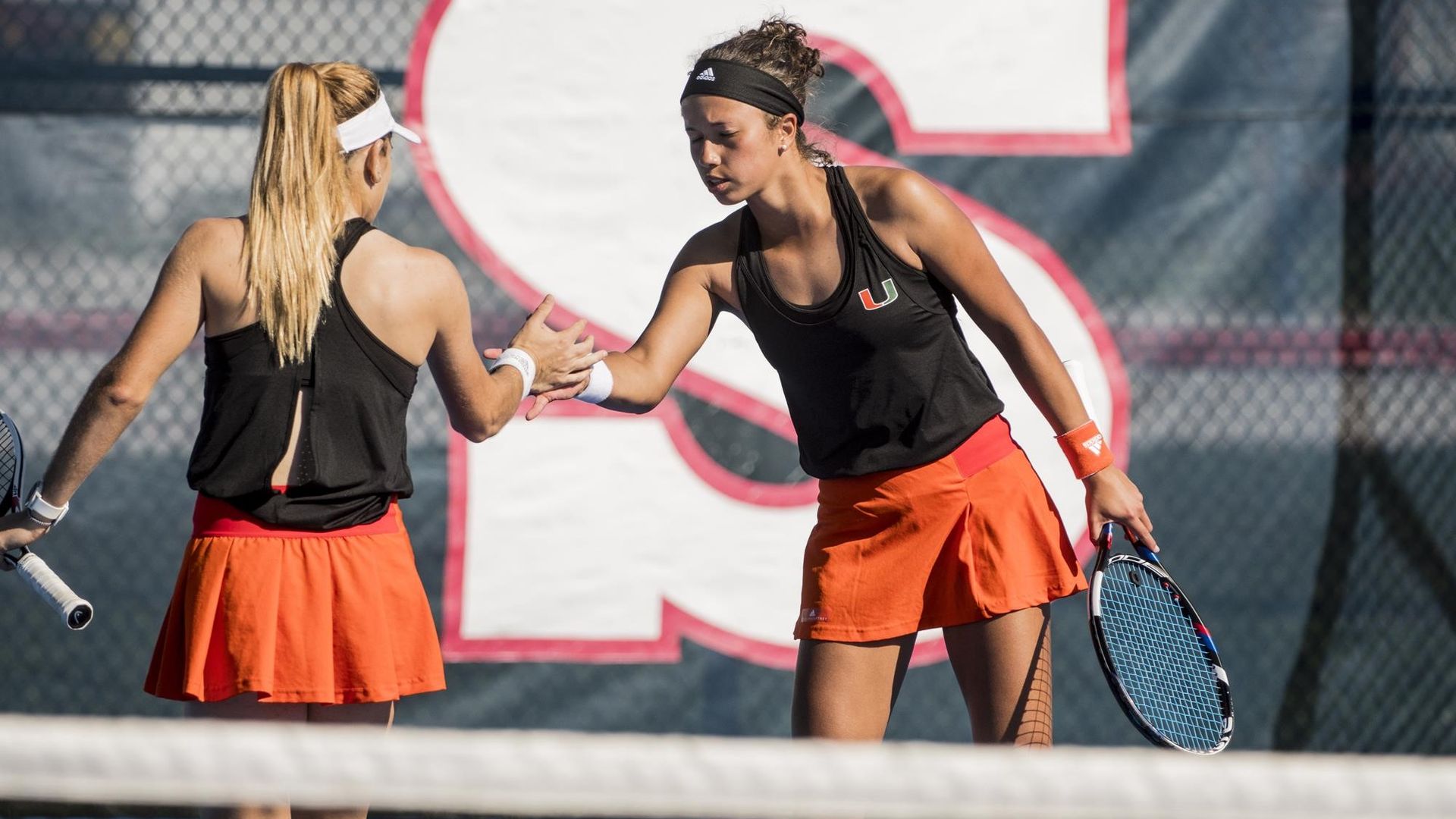 No. 17 Miami (1-0) logged a dominant 7-0 decision over Florida Atlantic at the FAU Tennis Complex and moved to 45-2 all-time in season openers.

“We played disciplined tennis today from top to bottom,” Miami head coach Paige Yaroshuk-Tews said. “The difference is in the details and we did a good job of paying attention to those.”

The No. 51-ranked pair of junior Yuna Ito and sophomore Ulyana Shirokova first logged a 6-1 triumph over Barbora Palcatova and Kristen Thoms. Freshman Daevenia Achong, in her first-career dual match action, and junior Estela Perez-Somarriba clinched the doubles point with a 6-2 defeat of Natalia Boltinskaya and May Kimhi.

The third match was also played out, with seniors Ana Madcur and Daniella Roldan falling to Martina Kudelova and Natalie Kallmunzerova, 5-7.

Achong logged Miami’s opening point in singles competition, earning the first ranked win of her career in her first dual match singles outing. The Geleen, Netherlands, native rolled past No. 88 Boltinskaya, 6-3. 6-0, to double the lead.

“Daev played an organized match today up top. She was very put together from beginning to end,” Yaroshuk-Tews said. “I’m really happy with the maturity level of both Carla and Daev so early in the season.”

The remaining matches were all played out, with Madcur the first to wrap up a decision, as she beat Thoms, 6-3, 6-2. Girbau then tallied her first-career dual match singles win by downing Kallmunzerova, 6-2, 6-4.

With the decision, Miami improved to 30-0 against Florida Atlantic and increased their scoring edge in the series to 219-9. Friday was the 25th time the Hurricanes have blanked the Owls.

In addition, Yaroshuk-Tews now owns 143 shutout wins in her 18-year tenure at the helm of the Hurricanes, including 86 since the start of the 2009 campaign.

Miami resumes play Saturday with a doubleheader in Fort Myers, Fla., squaring off with homestanding FGCU at 9 a.m. and then Cornell at 3 p.m.