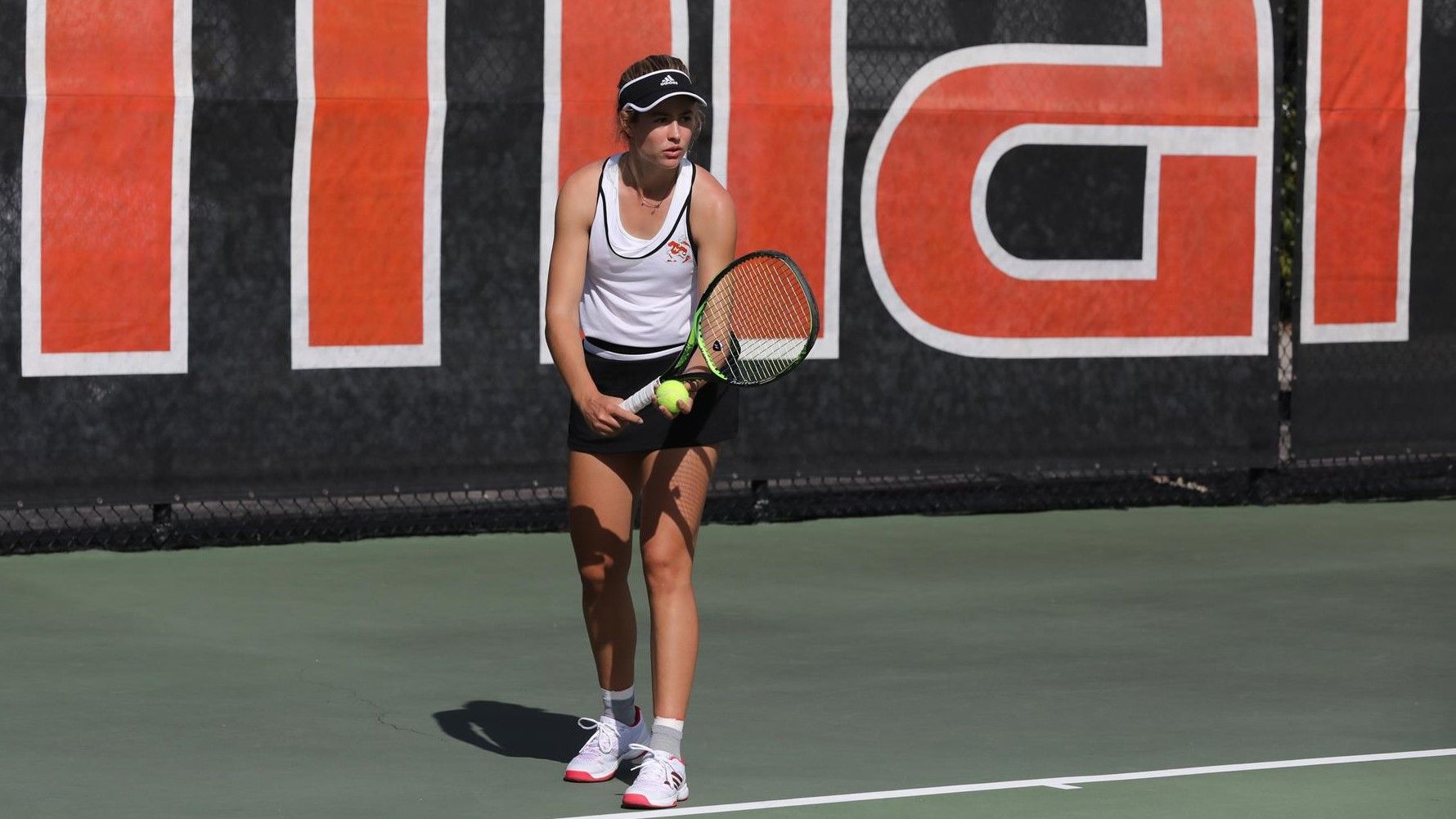 CORAL GABLES, Fla. – The University of Miami women’s tennis team wrapped up play on its first weekend of competition Sunday afternoon at the Miami Spring Invite.

Due to wet courts at the Neil Schiff Tennis Center, every doubles match was cancelled and just four contests between No. 17 Miami and Kentucky, receiving votes in the Oracle/ITA poll, were completed, with each side winning two.

Seventh-ranked Estela Perez-Somarriba got Miami off to a strong start with a win in the first completed match of the day. The junior edged Justina Mikuskyte in straight sets, 6-4, 6-4, for her opening win of the spring.

Kentucky took each of the next two decisions, as Akvile Parazinskaite topped freshman Daevenia Achong, 7-5, 6-2, and Tiphanie Fiquet defeated senior Ana Madcur by the reverse score, 6-2, 7-5.

Freshman Carla Girbau then tallied an impressive comeback victory, storming back against Lesedi Jacobs after winning just two games in the first set. The Barcelona, Spain, native posted a 2-6, 6-2, 1-0 (10-8) decision to tally her second singles triumph in as many days on the first weekend of her career.

“Carla, I think she’s got huge upside. She loves tennis,” Yaroshuk-Tews said. “[Carla and Daevenia] have only been here for a week, so to play as tough as she did, in the big moments, like she did today, tells me a lot about what she’s capable of doing moving forward. So, really happy with her tennis and with her level so early in the season.”

The final two matches of the weekend were left unfinished, as the Wildcats had to depart for the airport.

“It’s very important for us as a team to just be together and go through these moments and try to mock dual matches,” Yaroshuk-Tews said. “I think we’re obviously playing better tennis and we’re a stronger team after three days of tennis like this, which is exactly what we were hoping to get.”

The Hurricanes resume play Jan. 18 at 11 a.m., when they meet Florida Atlantic in their dual match opener Boca Raton, Fla.