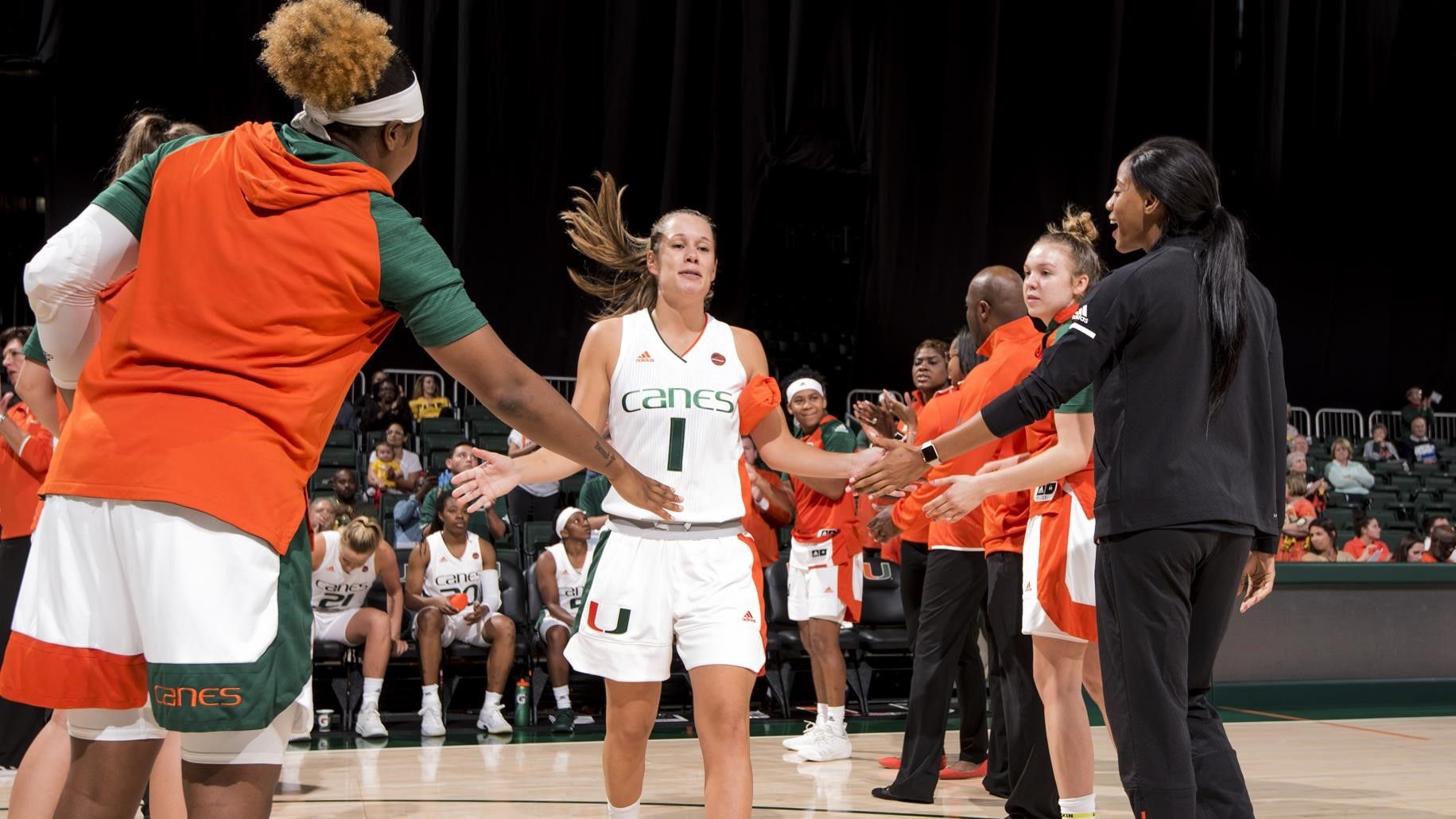 It is the opening contest of the 16-team Preseason WNIT for both sides. The full tournament bracket is available HERE, while additional information on the event can be found HERE.

The game is set to broadcast on ACC Network Extra HERE, as well as carried live on WVUM 90.5 FM HERE. Live stats for the matchup will be available HERE.

As is the case at all home games, team posters will be available at the marketing table by the main entrance.

The Hurricanes have faced Stephen F. Austin just once before, falling short, 69-62, on Jan. 5, 1990 in a neutral-site game at the FIU Fun and Sun Classic in Miami.

Miami began its season with a 94-43 road win at FIU Tuesday night, posting its largest margin of victory since Nov. 28, 2014 against Illinois State. Junior guard/forward Sarah Mortensen tied a program record by making eight 3-pointers and did so on nine attempts, finishing with a game- and career-high 24 points in the victory.

Stephen F. Austin has yet to play this season, but is coming off a 25-7 (16-2 SLC) campaign last year that included a trip to the WNIT. The Ladyjacks, whose leading returning scorer is senior guard Chaell Hayes at 12.3 points per game, were picked to finish second in the Southland Conference.

Miami’s next game after facing Stephen F. Austin is to be determined. If the Hurricanes win and advance to the Preseason WNIT quarterfinals, they will face either Hartford or Morgan State Sunday at 1 p.m. at the Watsco Center.