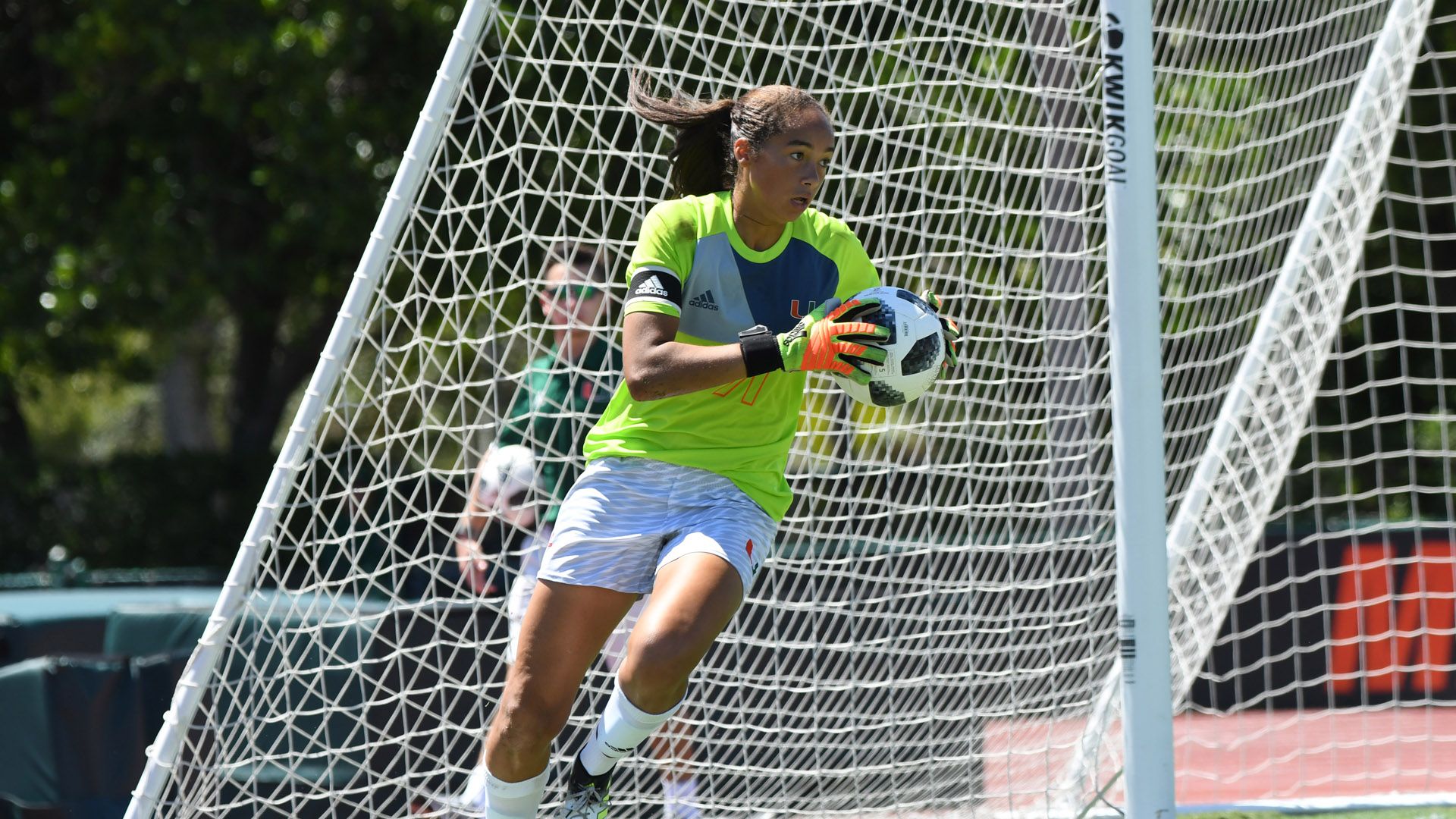 “We’re obviously disappointed in the way we played today. There were a number of unforced errors that led to their goals and goal scoring opportunities,” head coach Sarah Barnes said. “We have to be committed to playing our game, regardless of the pressure or opponent. When we’ve done that this season, we’ve played very well. When we stray from it, we struggle. I have to do a better job of bringing the team along and demanding that buy in, game in and game out. We are capable of a much better performance than what we saw today.”

The Cardinals (10-3-0, 4-2-0 ACC) got on the board first in the 15th minute, when Brooklynn Rivers connected with Sarah Hernandez on a corner.

Moments later, in the 18th minute, Erik Emina made a run down the right sideline and sent a ball towards Rivers, who was able to finish off the goal and put Louisville in front, 2-0.

Out of the locker room, the Hurricanes looked to put the pressure on, however off a counter in the 49th minute Allison Whitfield blasted a shot from 25-yards out to give Louisville a 3-0 lead.

In the 54th minute, freshman forward Gudrun Haralz looked to get the Canes (5-7-2, 2-4-0 ACC) on the board on a breakaway opportunity. Making a move to catch the Louisville goalkeeper Gabrielle Kouzelos out of position, the Kópavogur, Iceland, native just missed the shot wide of the net.

In the 60th minute, the Cardinals received a penalty kick opportunity. Redshirt senior goalkeeper Phallon Tullis-Joyce was up for the challenge making her season-high seventh save of the afternoon and 50th of the season.

Tullis-Joyce entered the match with 216 career saves, ranking sixth on the Canes’ all-time saves list. The redshirt senior’s seven saves on Sunday, moved her past Emily Lillard and Elizabeth Swinson for fourth on the list with 223.

The Canes will return to Cobb Stadium Saturday, facing No. 11 Boston College at 7 p.m.