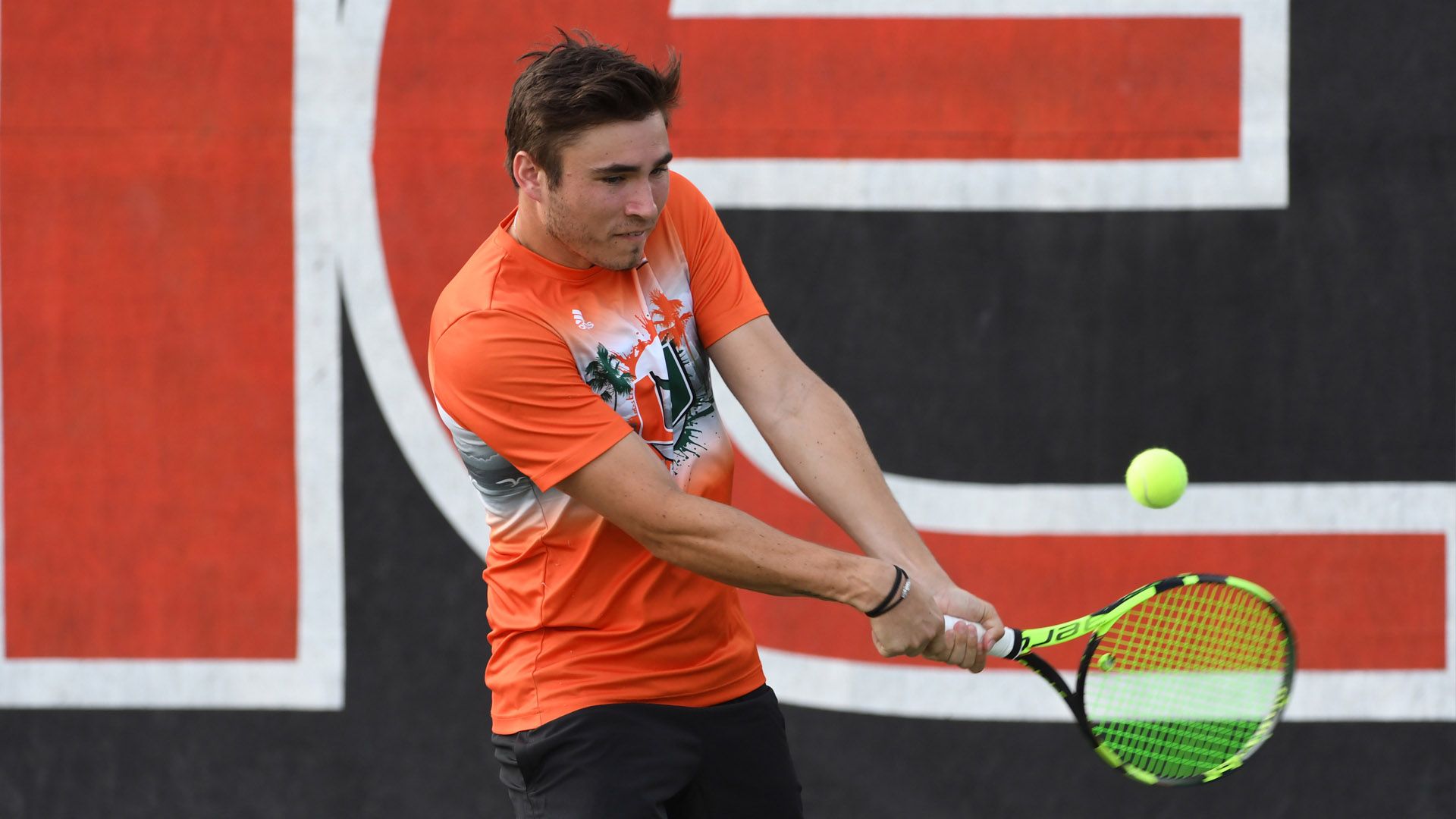 Stephen Madonia Advances to the Round of 64

Junior Stephen Madonia earned a quick advancement to the singles pre-qualifying Round of 128, due to walkover, where he faced Winthrop’s Gabriel Dias.

Madonia will return to the Case Tennis Center at noon ET, where he will square off against California’s Paul Barretto in the Round of 64.

In the Round of 256, redshirt junior Dane Dunlap dropped the opening set against Virginia’s William Woodall, 3-6. After regrouping, Dunlap claimed the match, 3-6, 6-2, 6-0, to advance and face Tennessee’s Luca Wiedemmann.

The University of Tulsa is hosting the Saint Francis Health System ITA Men’s All-American Championship for the 13th straight season, with matches taking place on the courts of the Michael D. Case Tennis Center. Pre-qualifying singles and doubles will wrap up on Sept. 30, with Qualifying singles and doubles being held Oct. 1-2 and main draw matches transpiring between Oct. 4-8.

In addition to vying for the All-American national title, players will be competing to secure a berth into the 2017 Oracle ITA National Fall Championships, which takes place November 1-5, in Palm Desert, Calif. Singles quarterfinalists and consolation singles champion finalists, along with doubles semifinalists and consolation doubles finalists earn a trip to the Golden State.

A player from the ACC has won the Saint Francis ITA Men’s All-American Singles Championship in each of the past eight years. William Blumberg of North Carolina won the 2017 event.