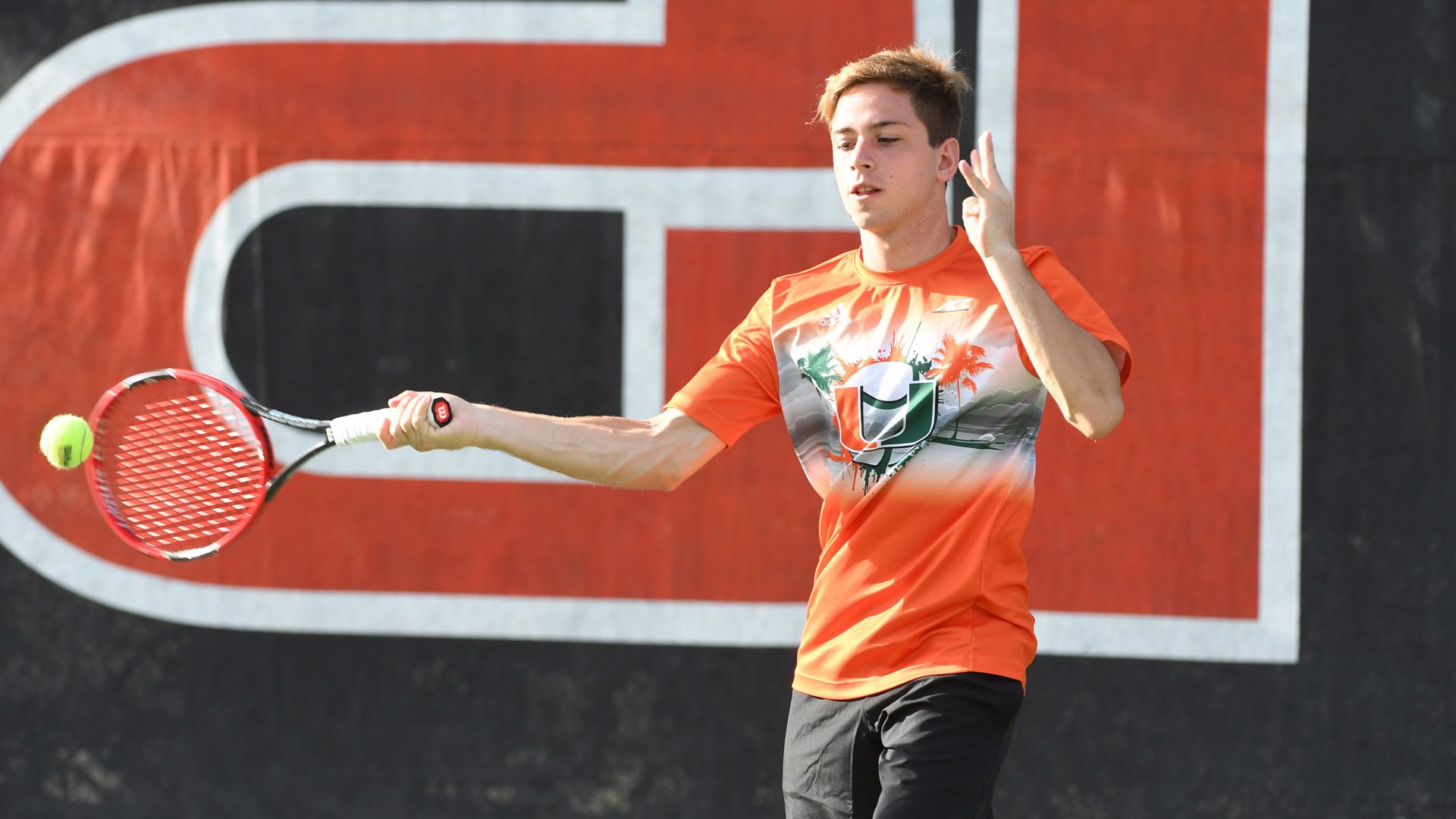 CORAL GABLES, Fla. – The University of Miami men’s tennis team wrapped up its three-day competition Sunday in the Palmetto State, with freshman Francisco Bastias leading the way with a trio of singles victories. Hosted by the University of South Carolina, the Gamecock Invitational was played at three different tennis facilities in the Columbia area.

Overall, the Hurricanes finished the weekend with a 9-12 mark in overall matches, posting a 7-9 ledger in singles and a 2-3 record in doubles.

Bastias continued his stretch of winning five-consecutive sets, taking the opening set against Roberts Grinvalds of Georgia State, 6-4. However, Grinvalds came back to steal the victory, 4-6, 6-4, 6-3.

In the consolation round, Bastias closed out his first collegiate tournament with a straight-set victory over ETSU’s Sergi Fontcuberta, 6-4, 6-3.

Also competing in the Flight A Draw, junior Stephen Madonia and freshmen Kaya Gore and Franco Aubone fell in their respective first round matchups.

In the consolation bracket, Madonia advanced to face Georgia Southern’s Antonia Munoz, as the duo battled for three hard-fought sets. After dropping the opening set, 2-6, the junior clawed his way back, winning the second set tiebreaker, 7-6. In the final set, both competitors shared serves before Munoz collected the 6-2, 6-7, 10-7 victory.

Also competing in the consolation bracket, Gore defeated Alex Phillips of Georgia in a three-set thriller. After dropping the opening set tiebreaker, 6-7 (4-7), the freshman fought his way back to pick up a 6-7, 6-2, 10-7 win, the first of his collegiate career.

In doubles action, Madonia and Bastias teamed up to take down UNC’s Llad Harrison and Peck, 8-3.

In the second round, the duo fell to Georgia State’s Jack MacFarlane and Giles Hussey, 1-8.

In an 18 game tiebreaker, ETSU’s David Gonzalez and Fontcuberta edged out Aubone and Gore, 9-8 (10-8) to advance through to the second round of the Flight A Draw.

In the consolation round, the freshmen pair regrouped to take down South Carolina’s Yancy Dennis and Daniel Rodiguez, 8-6.

The Hurricanes will return to the courts Friday with a group of players competing at the Bedford Cup in Orlando, Fla.