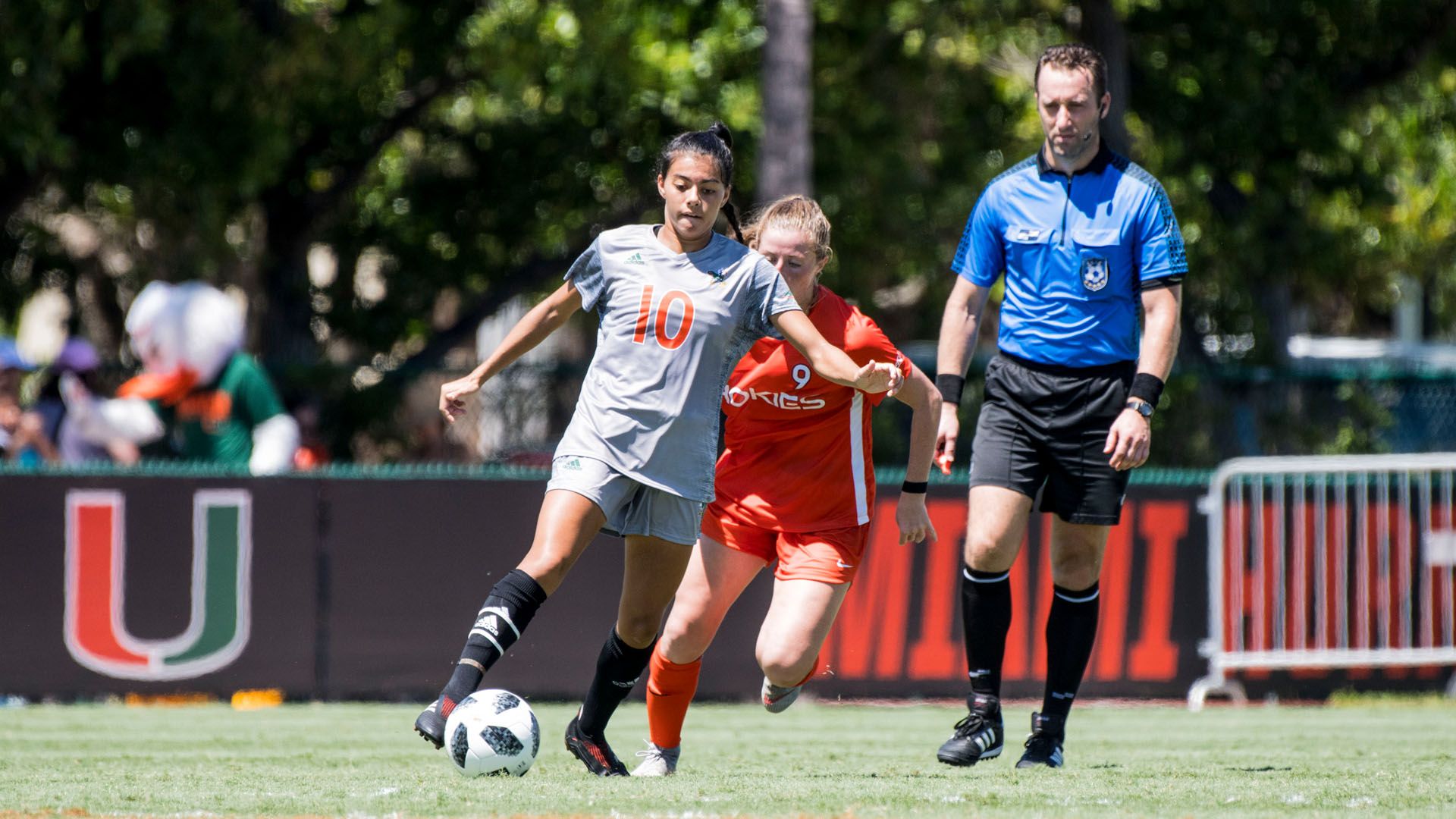 CORAL GABLES, Fla. – The University of Miami soccer team fell to Virginia Tech, 2-0, Sunday afternoon at Cobb Stadium, dropping to 3-6-2 on the season and 0-3-0 in ACC action.

“I thought we played well in the first half, and I thought we created chances. I think they created one really good chance. And they scored it. I thought we created a couple, and we did not score them,” head coach Sarah Barnes said. “I thought they out worked us in the second half. It was hot, it was uncomfortable, and I thought that we gave in. I’m super disappointed with the second half. I think that was a game that we had done enough things right in the first half, that I thought if we could have built on that positively for the second, it was a game that we could have worked ourselves back into and get our first [ACC] win.”

Virginia Tech (5-2-3, 1-1-0 ACC) received the first opportunity of the match with Mikayla Mance taking a shot that missed wide of the post in the sixth minute.

Three minutes later, Tech’s Allyson Brown made a move in the box and directed the ball on target placing the Hokies in front, 1-0.

Looking to even the match, junior midfielder Kristina Fisher found space in the 28th and directed a shot towards goal, however the ball missed wide of the net.

A minute after subbing into the match, sophomore forward Michelle Giamportone sent a corner kick that deflected towards the foot of Lauren Markwith. The junior midfielder blasted a shot on goal, but a Virginia Tech defender was in position to prevent the goal-scoring opportunity.

Moments later, Giamportone received the ball off the deflection and took a shot that just scraped past the crossbar.

Seven minutes into the second stanza and 52nd overall, Virginia Tech’s Emmalee McCarter sent a perfectly placed ball toward the far left post, leading Emily Gray in stride who was able to finish the goal with her head.

In the 65th minute, Mallory Olsson received a goal-scoring opportunity. The freshman forward directed a header on goal, however Mandy McGlynn was able to corral the ball in.

Miami will return to Cobb Stadium Saturday at 7 p.m. against Syracuse.